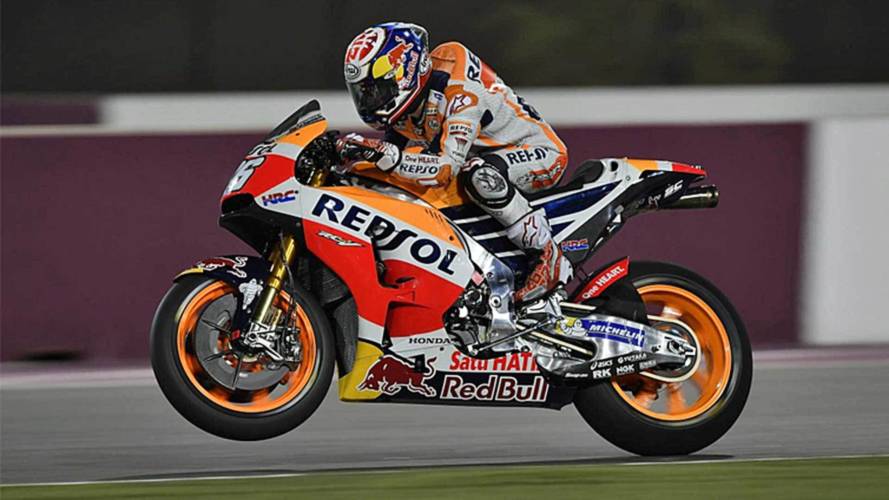 Now that Pedrosa's announced his retirement, it seems that the job offers are starting to roll in. For instance, one allegedly from KTM offering a test role

KTM is targeting Dani Pedrosa for a MotoGP test role in 2019, Motorsport.com understands

By Jamie Klein and Oriol Puigdemont

Dani Pedrosa announced last month that the 2018 season will be his last in grand prix motorcycle racing, with Jorge Lorenzo having been signed to replace him at the works Honda team next year.

Subsequently, Honda revealed its interest in keeping Pedrosa within its fold as a test rider and is believed to have offered him this role as well as an ambassadorial position, similar to the one currently held by Casey Stoner at Ducati.

However, a switch to KTM—where he would support the efforts of 2019 signing Johann Zarco and Pol Espargaro—has emerged as a serious option for Pedrosa.

Sources have indicated that KTM believes the Spaniard would be the perfect fit to drive forward development of the RC16, assuming he is fully committed.

The Austrian marque’s team manager Mike Leitner is especially keen to bring Pedrosa on board, having served as the two-time 250cc champion’s crew chief in MotoGP from 2006 until the end of 2014.

There is also the Red Bull connection, as the Austrian company serves as both Pedrosa's personal sponsor and the primary backer of the KTM grand prix racing effort.

Speaking last weekend at Brno, however, Pedrosa gave little away when asked about whether he had considered any offers to become a test rider next year.

SOICHIRO IS CHALLENGED: Honda: Managing Marquez and Lorenzo a "challenge"

“Not much thinking on the future,” he said. “I already the decision , the announcement on this, so I take my time. No rush for this.”