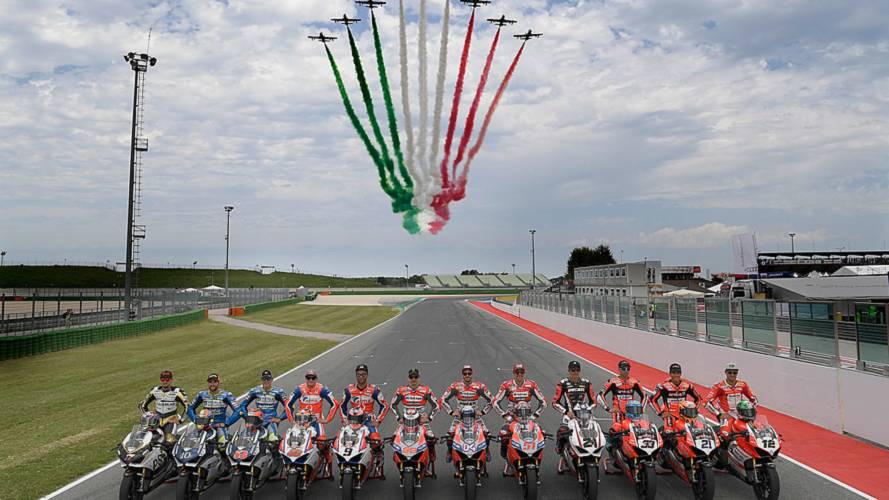 Ducatistas from around the world celebrated their favorite brand at Wolrd Ducati Week 2018, setting a new record of attendance over the three days.

While Harlistas are celebrating their favorite's brand anniversary, Ducatistas got together to party just 'cause

Ducatistas of all ages and countries flocked to the Misano World Circuit Marco Simoncelli in Italy to celebrate the World Ducati Week 2018. With close to 100,000 attendees over the weekend of July 20, the event set a new attendance record.

From July 20 to the 23, Ducati enthusiasts had a chance to gather show their common love of the iconic brand. The World Ducati Week event takes place every two years and the 2018 edition will go down in Ducati history thanks to its record attendance of 91,596, over 10,000 more than in 2016.

A flight of activities was on the menu, including a parade of visitors on their own Ducatis from Misano to Remini, a Scrambler Flat Track event and Scrambler Beach Party, stunt and music shows, riding academy, hot laps in luxury Italian cars, and the Monster Village dedicated to the model's 25th anniversary celebrated this year. Famed Ducati riders were also in attendance, including Carlin Dunne and his Pikes Peak-winning Multistrada 1260 and MotoGP racers.

Visitors to the event also had a chance to watch the Race of Champions on Saturday. After a spectacular opening by the Frecce Tricolori (the "tricolor arrows", the Blue Angels' Italian counterparts), twelve Ducati MotoGP and SBK riders including Michele Pirro, Jorge Lorenzo, Michael Rinaldi, and Esteve Rabat took to the track on specially prepared Panigale V4 S. These twelve machines are being auctioned off to the public via eBay. The auction ends on July 28th.

Those who feel like they might have missed out—I know I do—should mark down 2020 on their calendar and start counting down to the next World Ducati Week.

Ducati tattooed not on the heart, but on the face—it shows more.

Scramblers hard at work. Oh, their riders too I guess.

Tens of thousands of Ducati-loving people.

"Helmet hair" isn't a bad thing for everyone.