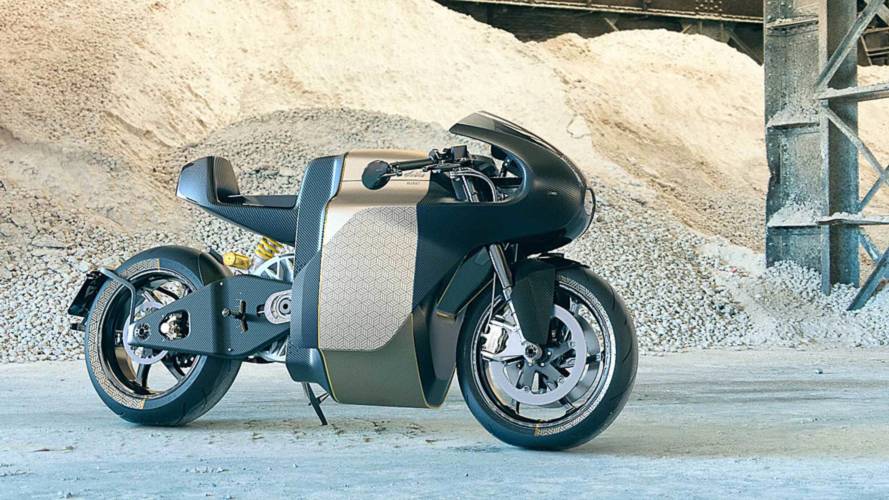 The race-proven Belgian electric superbike is entering production, and we couldn't be happier.

You guys ever hear of Saroléa? No? Well, the company was founded in Belgium way back in the 1850s as an arms manufacturer, started making bicycles in the 1890s, and was one of the first European companies—and the first Belgian company—to get in on the motorcycle craze at the turn of the 20th century. For the next 60 years, Saroléa made numerous different types of bike and even did a bit of racing, including a win at the inaugural F.I.M European Motocross Championship. The company disappeared in the early 60s after merging with another company and the racket of its race engines faded from European raceways.

Fast forward to 2010, when Belgian twin brothers Torsten and Bjorn Robbens—the best names, by the way—bought the rights to Saroléa's name and began developing high-performance electric racing bikes badged in the fabled company's swoopy livery. The company's first race bike, the SP7, rolled on to the grid at the 2014 Isle of Man TT. In the capable hands of Robert Wilson, the lightweight, high-po electric placed a very respectable 4th with an average speed of around 94 miles per hour. Not bad at all.

Now, after a few years of racing, testing, tweaking, and engineering, Saroléa is releasing a street version of the SP7 called the Manx7. We recently received a press release with all the details and, let me tell you, it's all pretty exciting. How exciting? Let's have a look, shall we?

DEVELOPED ON THE ISLE OF MAN

Almost a year to the day that Saroléa competed in its fourth Isle of Man TT in a row with their SP7 race machine and their development rider Dean Harrison, the decision was made to build a road legal version of the bike - based on the racebike’s technology.

The extreme conditions and very specific set-up required to compete at the TT gave Saroléa a unique development platform regarding performance and safety. This challenging event enabled Saroléa’s R&D to gather huge amounts of information which they turned into enhanced solutions for their road-legal motorcycles.

The new MANX7 aesthetics are inspired by the first SP7 version built in 2014. Close to the original design but elegantly refined, the bike is to be considered as a first step in building the DNA of the brand. Keeping Saroléa’s strong heritage in mind, Serge Rusak and his design team thought out of the box to create an authentic and timeless sport bike - but an unexpected one!

The main idea was to assert a strong and simple « electric » message, shaped as a perfectly clean object.

The Manx7 from the front. The bar end mirrors and tiny headlight are pretty sweet.

The beauty of its simplicity is highlighted through its stance, proportions and materials, exposing the verticality of the inner architecture. The superfluous has been eliminated, reducing the design to its basics in order to reveal the purest and most absolute form.

In addition, the use of sharp design cues and details permit and define signature elements that give the bike its unique identity. This subtle focus on detail is what elevates the new MANX7 from the simple to the refined.

In the end, all these elements emphasize the Sarolea vision: modern aesthetics, capitalizing on traditional values.

Saroléa’s obsession about reducing mass gives the MANX7 a level of agility and precision that defines its character.

The core of the MANX7 is a carbon fibre monocoque chassis made by hand. A combination of materials and techniques results in a lightweight, super strong and rigid chassis. For low total weight and optimum safety, the swingarm is also handcrafted from lightweight carbon fibre, manufactured by their partner Solvay.

Due to this configuration and the nature of the fully stressed structure, the MANX7 has an ideal 50% front and 50% rear weight distribution, which gives it great handling and makes it easy to ride. Unusually, for an electric bike, the weight is a more than reasonable 217 kg, including a 22kWh battery pack.

Saroléa’s engineering team, with knowledge spread over different specialized fields of applied sciences and racing, handle all research and development tasks with a huge level of effectiveness and output quality.

The Saroléa air-cooled brushless DC motor puts out 120 KW* and delivers 450Nm at the crank. As a result, the Saroléa MANX7 has smooth, silent and instantaneous acceleration. Twist the throttle and, in as little as 2.8 seconds, it can reach 100 kph, without any lag.

The battery pack can be easily removed and upgraded which makes your MANX7 perform better, future-ready and timeless.

The MANX7 has DC quick charge capabilities compatible with automotive standards allowing the bike to charge from 0 to 85% in 25 minutes.

A Regina® chain delivers power directly to the rear wheel.

Like her racing older sister, the MANX7 is equipped with Öhlins® suspension. The FGRT-200 forks and TTX36 shock absorber deliver top-level performance, consistent behaviour and aid the bike’s handling and agility.

The braking system by Beringer® also comes from the race bike. The Aerotec® technology avoids slanted wear, even when the pads are new or worn.

No compromise for the wheels; directly from Superbike racing, the new Gass-R by OZ Racing® are made from the lightest aluminum alloy for road use.

The Manx7 from the rear, showing off the suspension and drivetrain.

Inspired by the track, with pulse-raising grip, handling and performance, Dunlop’s SportSmart TT® tyre is the pinnacle of road performance. (Dimensions: front 120/70, rear 190/55.)

The unmistakable style of Rizoma® is summarized in the pure lines of its products, which give the MANX7 an elegant and refined minimalism. Rizoma are responsible for the rear light, indicators, mirrors, footpegs and license plate.

When it comes to fixings, the Pro-Bolt® bolts titanium range is designed for minimum weight with maximum strength and is approximately 45% lighter than equivalent steel parts.

The windscreen is made by Fabbri Accessori®. State-of-the-art technology combined with customary craftsmanship results in a product with high-quality features.

For 2018, a limited first edition production of 20 bikes is scheduled.

The warranty can be extended.

Sounds pretty great, right? If you'd like to know more, and why wouldn't you, check out Sarolea's website. Also, you should take the time to watch the videos I've included below. The first about two minutes of the Manx cruising around the Isle of Man. The second is a feature on the company entirely in Belgian, but it's totally worth a watch.