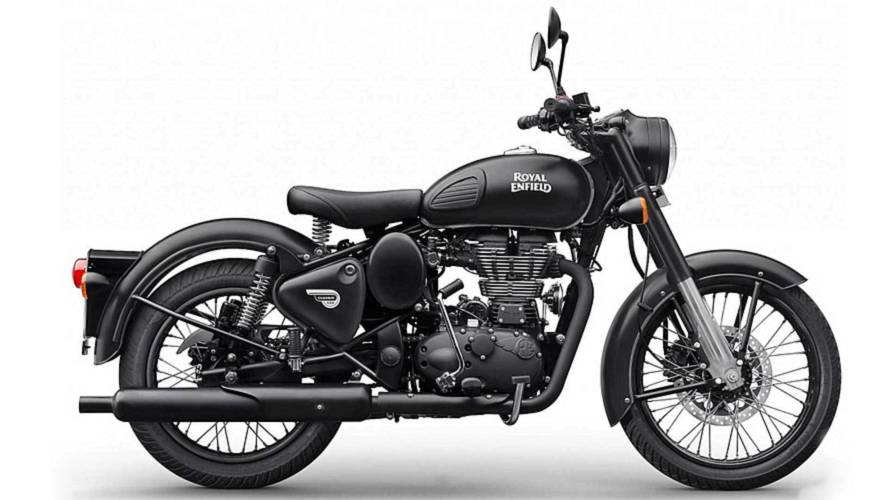 A series of small and welcome improvements are planned for 2018 Royal Enfield Bullet Range.

Royal Enfield, the largest motorcycle company you may not have heard of, announced improvements to the 2018 version of their venerable Bullet 500 single. These improvements include new paint schemes and some mechanical and technical upgrades to bring the bikes in line with the 21st century and Euro 4 specs.

Enfield went to fuel injection a few years ago and the 2018 models are smoother and more responsive on the throttle. You’ll need throttle because the quoted HP is 27.5 with max torque at 30 ft. lbs. That is not headline stuff, but will get you from zero to 60 faster than you think. The 2018 Bullets come with a new fork, which no is longer a leading axle type. The new centered axle decreases trail and makes for better high speed handling. If you’ve ever watched YouTube videos of Bullets wobbling at 70 mph, you will understand why this is a big deal. 70 is not very fast all things considered, and wobbles on a thoroughly sorted out design are inexcusable. Other improvements include a standard pillion, ABS, and a rear disc.

The Bullet is a great starter bike and a good ultra econo-commuter bike. Running costs are very low, and if you are OK with tinkering a bit you can do all the upkeep yourself. I could not find any text for this, so study the photo and notice reservoir shocks and top of the line Avon tires. Enfield has built in most of the simple upgrades that people buy right after purchase.

Enfield is on a roll, and while the “big” 650s are grabbing attention, the solid 500 Bullet single continues to chug along alone in its market, with a small and dedicated band of followers. Single cylinder bikes are not for everyone, but the 2018 Bullet is now very good, and perhaps you are that single minded person.