Superman Discusses His Love of Motorcycles 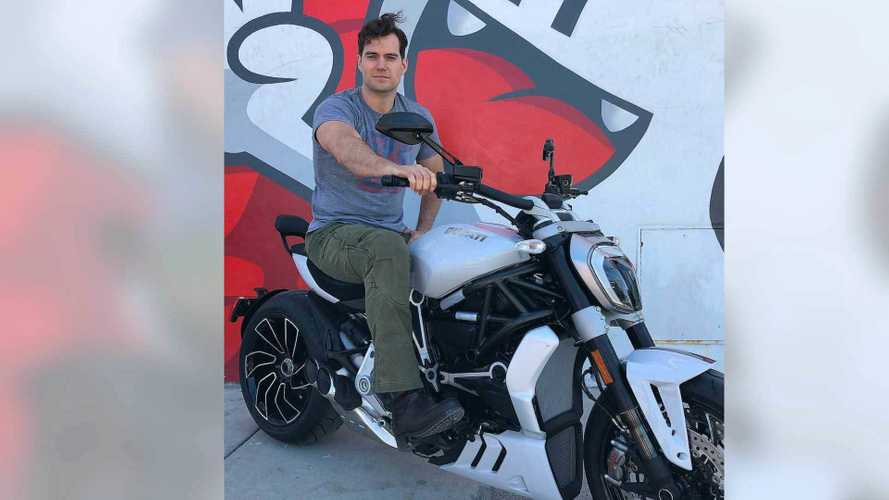 Along with acting and working out, one of Henry Cavill's favorite pastimes is riding

When he's not busy saving the world or fighting with Batman, Superman enjoys spending his free time on a bike. Actor Henry Cavill, who appears in the all-new Mission: Impossible Fallout movie, shows us he can do more than pack a punch; he also rides and he does so quite in style.

If Tom Cruise is the one getting the most publicity for being a hardcore rider at heart, his quieter M:I co-star is actually a motorcycle enthusiast himself and not any kind of enthusiast: he's a Ducatista! In an interview with Men's Journal, Cavill discussed his passion for motorcycles during his cover shoot in Valley of Fire National Park, in the company of a Ducati Multistrada.

Cavill revealed that he is the proud owner of a new Ducati XDiavel S. The location of his shoot grew on him and he admitted that being there, he would now definitely be tempted to do a road trip in the desert. Not on the XDiavel, most likely on that shiny red Multistrada he shot with.

The new Mission: Impossible Fallout trailer notably featured a motorcycle chase in the busy streets of Paris, a stunt actually performed by Cruise himself. Cavill also performed most of his own stunts and having impersonated Superman twice already has allowed him to measure up to Cruise.

By the sound of his interview, Cavill needs to brush up a little on his biker lingo—he believes Multistradas are called enduros—but, well, It's never too late to learn and to develop a passion for bikes. Any new member to our family is a welcome addition.