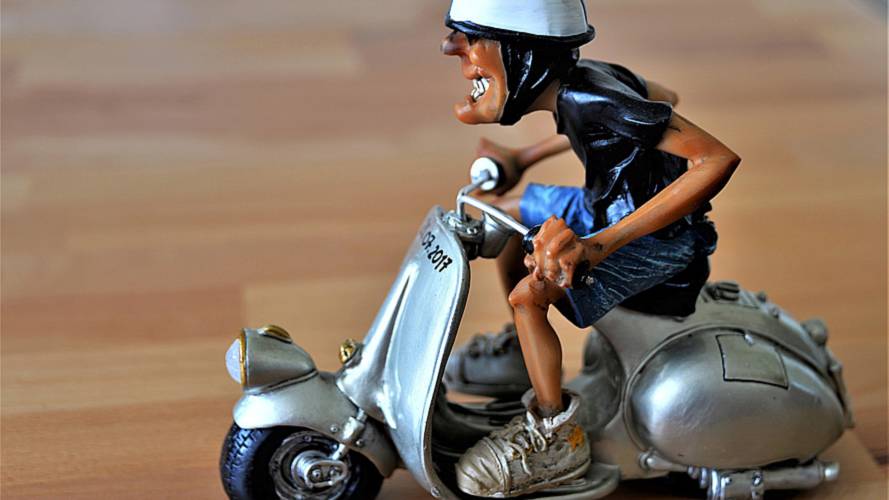 Even when they do dumb stuff, we have to give it to some people: they just go for it. That guy fits the profile as he hit the freeway on a scooter in Maine.

This highway star wasn't very bright at all

Even when they do dumb stuff, we have to hand it to some people—they just go for it. Thing is, we only hear about these fine specimens when things go wrong, which means there are a lot of people getting away with a lot of stuff. It isn't the case of this knight in shining armor who decided he'd rather take a chance on an inappropriate steed than just take the bus.

WHERE ELSE BUT FLORIDA?: Florida Man Arrested for Torching Own Scooter

It is of public knowledge and understanding that small displacement scooters are not allowed on the highway—you can't reach the minimum speed limit, you stay in the sandpit and play with the other kids. On the bright side, it's also a great way to come up with creative new routes.

A guy from Massachusetts decided that playing with the other kids was boring and that, legal or not, he was putting his scooter on the highway and go about his business. Challenge accepted! To be fair, it did work for a while: the guy actually managed to cover 130 miles on his scooter, on the Interstate, from New Bedford, Massachusetts to Kittery, Maine.

He got pulled over by Maine State Police on the way back from Kittery, at 1:30 am on Friday, July 27. His presence on Maine Turnpike alone was already a bit of a hazard, but Darwin here was also busy trying to see where he was going using his cellphone as a headlight. There's no "headlight for rednecks" app, so, get on it Apple! To top it all off, because there is always more to these stories, the night rider (see what I did?) didn't have a valid license and his mighty steed didn't have proper registration.

The story doesn't say whether this chaotic genius got arrested or served a citation. If that's not dedication, I don't know what is.