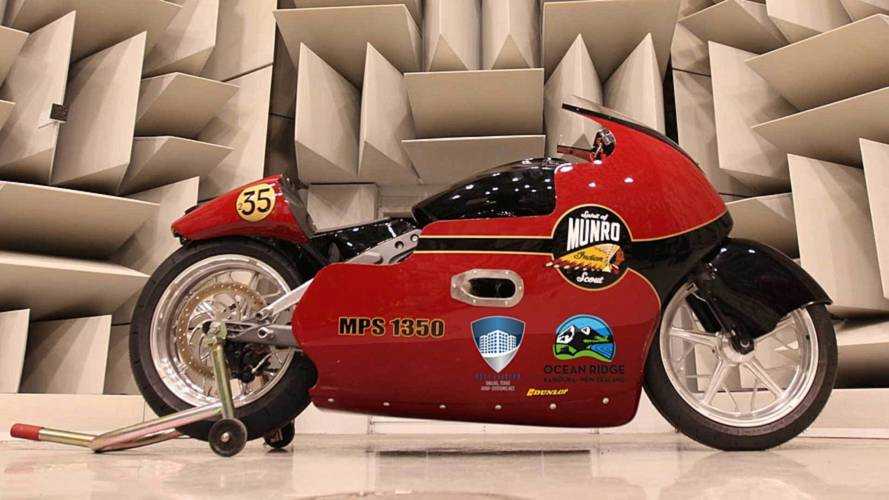 Once again, Indian and Lee Munro head out to Bonneville to tackle the salt. This time the valiant racer is trying for the 200 mile per hour record.

Looks like Lee Munro's at it again. The great-nephew of legendary land speed record holder Burt Munro is taking his Indian Scout streamliner out to Bonneville Speed Week this year in an attempt to break 200 miles per hour. Can he do it? Read on.

CHECK OUT: Chasing a Legacy - Lee Munro's Quest for Speed

In preparation for this year, Indian Motorcycle’s engineering team has worked on refining the Indian Scout Streamliner which will run in the MPS-G (Modified Partial Streamliner) 1350 cc class. Lee Munro’s record-breaking run of 186.681 mph at El Mirage and official run of 191.286 mph at last year’s Speed Week has motivated the team to update the bike with modifications to the intake and minor body adjustments, to help Munro break into the exclusive 200-mph club.

“Indian Motorcycle was honored to partner with the Munro family last year and pay tribute to Burt’s incredible accomplishments and land-speed record set in 1967. We’re eager to be back on the salt flats with Lee and the ‘Sprit of Munro’,” said Gary Gray, Vice President – Racing, Technology & Service for Indian Motorcycle. “Our engineering team led by Wayne Kolden and Dan Gervais have put long hours into developing a bike capable of hitting the 200-mph mark and we’re excited to watch Lee pursue this goal. I would also like to thank our sponsors Cargill Station Ltd, Garry Robertson of Ocean Ridge Kaikoura New Zealand and Jerry Stinchfield of Roof Systems of Dallas, TX for helping us get to the salt.”

Lee Munro attributes his love for speed to the bloodline he shares with his great uncle, Burt Munro, who famously set a land-speed record in 1967 aboard a 1920 Indian Scout. In 2005, Burt Munro’s legacy was immortalized with the making of the popular film, “The World’s Fastest Indian,” starring Sir Anthony Hopkins and in 2017, Lee Munro celebrated the 50th anniversary of his great uncle’s record with a commemorative run at Bonneville Speed Week.

“My great uncle Burt is a significant inspiration for my own motorcycle racing career, and his appetite for speed is clearly a part of my DNA,” said Lee Munro. “Partnered with the exceptional team at Indian Motorcycle, I know we can make our dreams of hitting 200 mph a reality.”

Speed Week will be held August 11-17 in Bonneville, Utah. This six-day event is created for determined riders who not only have a quest to be record holders, but also to ride at one of the most legendary locations for speed runs.