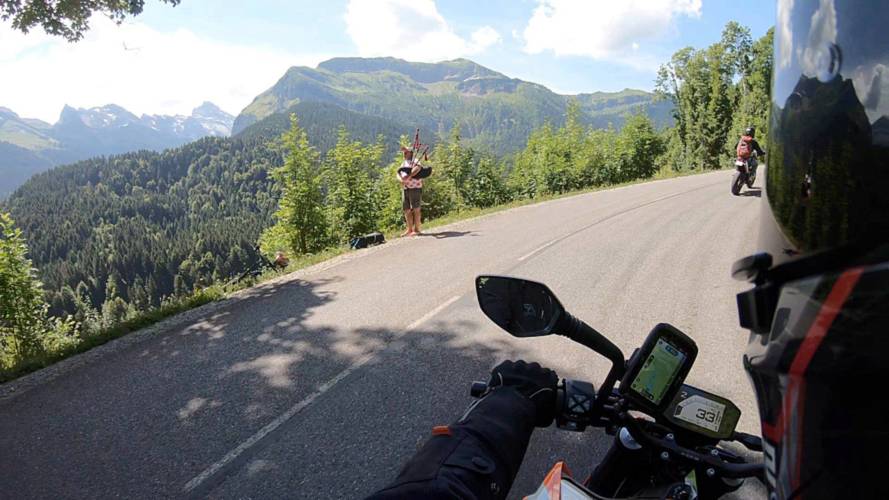 MORE ROCKING RIDING: Rocking Riders: On Her Bike Around the World

Commuting in the city of London, England, is an adventure in itself. The term "urban jungle" has rarely been more accurate than to describe riding in one of the world's busiest streets. YouTuber Royal Jordanian, who goes by RJ, has made it his mission to document his life as a rider in the British capital. With a camera strapped to his helmet, his rides entertain close to 900,000 followers.

His POV style of videos put us through the same excitment—and stress—he deals with navigating the busy streets of London or touring the world in some pretty eye-gasmic locations. His series Daily Observations takes us on vicarious city rides, punctuated with tongue-in-cheek comments on some his encounters, including one we recently documented that restored our faith in humanity.

MEETING WITH THE AWESOME: Bikers You Should Know: Anita Yousof

He writes on his site that he started riding off-road at the tender age of 9 and that he has a preference for naked bike, a fact that's hard to refute looking at his fleet of bikes that include a Husqvarna Nuda 900R, a BMW S1000R, two old Yamaha DTs, and a KTM 1290 Super Duke.

For those days you are stuck in the office and are looking for a short ride away from the hustle and bustle of daily life, fire up Royal Jordanian's YouTube channel and enjoy the ride.