Father and Son Epic Trip to Russia on a Ural 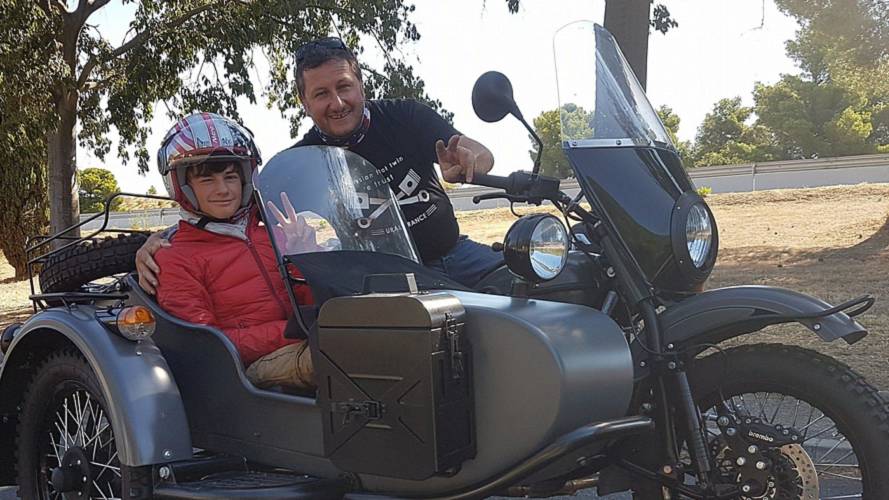 4,300 miles from France to Russia on the most appropriate ride: a Ural. This father-and-son duo is traveling through history for an epic road trip.

4,300 miles, a father-and-son duo, one Ural, and an epic road trip through history

What do you get when dad is a hardcore Ural enthusiast (Uralista?) and son is fascinated with everything World War II? An epic road trip from Tours, France, to Moscow, Russia ,in a Ural.

On the road since June 30, father and son duo Philippe and Hugo Verger have decided to combine their respective passions to map out one epic road trip through history.

Dad Philippe has professed an undying love for the famous Russian sidecar rigs. It all started eight years ago when, in true motorcycle enthusiast fashion, Philippe was looking for a way to share his love of riding with his kids. Along came the convenient sidecar and the sturdy Ural that came attached to it.

He told Russia Beyond that it all began when he saw the Ural in person. Thanks to a well-versed sales rep who shared his knowledge of the model, Philippe said that's the day he fell in love. He has since owned three Urals and is branded as a proud and satisfied customer.

WORDS FROM THE BOSS HIMSELF: Meet the Boss - Six Questions with Ural CEO Ilya Khait

Son Hugo is what we could qualify as a history nerd, with a particular interest in World War II.

To both indulge in their passions, Philippe and Hugo decided to plan an epic trip down history lane: a 4,300 miles-route from Tours to Moscow with strategic pit stops in Berlin,  Warsaw, and Prague, among other historical cities sprinkled along the way. The project was christened "Le regard d'Hugo" (Hugo's Outlook). They weren't going to make it happen on any vehicle however, it had to be on the WWII era-appropriate—and dad-favorite—Ural.

PREPARATION 101: Expedition 65: The Adventure of Preparing for Adventure

It took the pair a year to map out and plan their route. Hugo was in charge of choosing the location of their stops for their historical importance while Philippe was responsible for all the technical aspect of prepping their ride for the long road ahead.

Finally, on June 30 2018, the Verger boys finally hit the road. Their ongoing plan is to reach Moscow on August 9 followed by a three-day tour of the city before jumping back in the saddle and heading home.

Aside from their intention to nerd out on bikes and history, the pair hopes to gather funds along the way for the Magie à l'hôpital foundation for kids suffering from cancer and leukemia. They also plan to make a short film about their travels that they will share with their sponsors and show at the hospital.

Interviewed during their pit-stop in Berlin, Philippe was more satisfied than ever with his ride. The Ural has been everything your expect the steel horse to be and more. Their adventures are documented on their Le regard d'Hugo Facebook page.