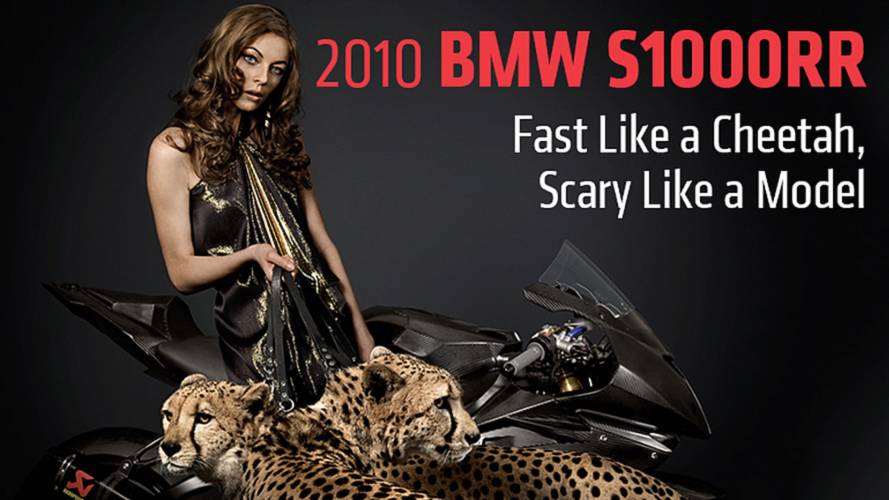 BMW S1000RR by Markus Hoffman ditched the helicopter and runway for a photo studio, some tame cheetahs and a model nearly as frightening as Omahyra.

Brought to you by the same photographer as that other really awful BMW S1000RR fashion shoot, Markus Hoffman has ditched the crappy helicopter and rainy runway for a dark photo studio, some tame cheetahs and a model nearly as frightening as Omahyra. Markus makes the same mistakes he made last time: failing to use the motorcycle creatively, failing to incorporate it into his narrative, failing to have a narrative and just taking plain old bad photos. BMW, stop giving this man money and exclusive access to your motorcycles, your budget would be much better spent working with real photographers or even just students.

Check back later today for coverage of the official 2010 BMW S1000RR unveiling in Monza.