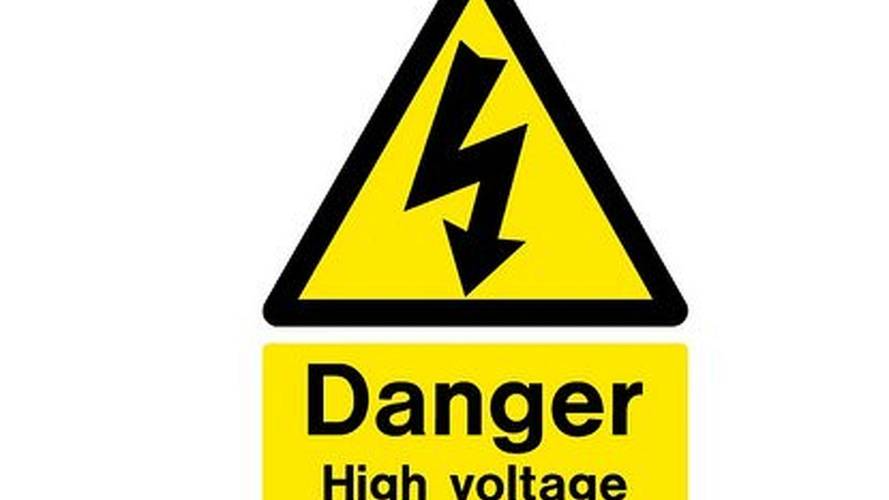 This morning, the Isle of Man government issued a bizarre statement intended to address "speculation and unsubstantiated claims" surrounding its decision to drop the TTXGP and replace it with its own event, TT Zero. You'll find the statement reprinted in full below, but essentially it reeks of desperation, making wild accusations to address unspecified criticism. Meanwhile, Azhar Hussain and the T...

This morning, the Isle of Man government issued a bizarre statement intended to address "speculation and unsubstantiated claims" surrounding its decision to drop the TTXGP and replace it with its own event, TT Zero. You'll find the statement reprinted in full below, but essentially it reeks of desperation, making wild accusations to address unspecified criticism. Meanwhile, Azhar Hussain and the TTXGP have moved on, announcing a fourth American race this June at Road America. In fact, this whole controversy has an air of the ridiculous to it, despite the FIM and now the Isle of Man doing their best to steal electric racing from the TTXGP, it remains the only one of the three with multiple participants and firm dates for international races; the TTXGP remains the only viable electric motorcycle racing series for 2010.
>
That Road America round of the TTXGP will take place in Wisconsin on June 3-6, supporting AMA Superbike. Those dates effectively prevent participants from also taking part in TT Zero, while that event won't be held until Wednesday, June 9, qualifying takes place on June 5 and 7. That Wednesday date for TT Zero is also the source of some controversy, being a less desirable slot than the weekend position the TTXGP formerly occupied.

Indeed, scheduling is proving to be quite the talking point in all this. The Isle of Man cites the inaugural race of the EMXGP (which is also owned by the TTXGP's parent, eGrandPrix) as one of the reasons for dropping TTXGP in favor of its own event. EMXGP is an electric car race taking place in Paris on June 4,5,6. It does include electric bikes, but only as a demonstration, which shouldn't have conflicted with any teams' racing plans.

Here's the Isle of Man's statement:

The Department began formal negotiations with the TTXGP Ltd team in July 2009 with a view to running another clean emissions event on The Isle of Man in 2010. On 2 September 2009, the Department formally agreed in principle to run an event and this was confirmed in writing to TTXGP Ltd.   A proposal, including a financial support package, was communicated to the TTXGP team on 7th October, 2009.  This proposal was rejected by the TTXGP Ltd management team. Subsequent to the original proposal TTXGP Ltd announced in late November, 2009 - without prior consultation with the Department - their plans for an event in Paris which conflicted with the TT period and effectively prevented TTXGP from participating in the allotted schedule in TT 2010.

On 21st December 2009 TTXGP Ltd advised the Department that due to their plans for Paris and their consequent inability to participate in the scheduled race in TT 2010, they proposed not to have a clean emissions race in TT 2010 and would aim to come back to the TT in 2011. TTXGP were advised that if they could not reschedule their proposed Paris event, in order to attend TT 2010 for the scheduled date, the Department would develop and manage its own clean emissions race. This was confirmed to TTXGP Ltd on 24th December, and subsequently a meeting between the Department and TTXGP Ltd was held on 15th January 2010.

The Isle of Man Government made a significant investment in the TTXGP in 2009, both financially and through officer time across a number of departments. In order to protect this investment, the Isle of Man Government's Council of Ministers decided that if the Department was unable to reach agreement with TTXGP Ltd that it should run its own event. Regulations for the new event, TT Zero, were issued this week.  This race will be run as a stand-alone class as part of the 2010 Isle of Man TT races meeting.

The Department is confident that with the support of the teams and riders, and the experienced third party agencies that are involved with running the TT Races, they can build on the 2009 TTXGP race.

The teams and riders will now have direct access to funds from the Isle of Man Government to assist with their travel and other costs associated with their participation and will also benefit from the integral association with the TT races that the event will now have.

The Isle of Man Government remains totally committed to clean emission motorcycle racing and the development of the technology that is associated with clean emission machines.

And here's the response from Azhar Hussain, the man behind TTXGP:

I can only say that we are sorry that we won't be there. I want to say deep heartfelt thank you to the many many people from the Isle of Man who have sent us messages of support and encouragement.

I can confirm the question of Paris or issues of financial packages were not factors in the decision making and am disappointed that it is being suggested so. We remain surprised about the decision as we did everything possible to make this happen. The decision to downgrade the zero carbon class and replace it with a vintage bike parade was made solely by the Isle of Man.

Moving forward, we are totally committed to the success of all our stakeholders and are building partnerships to spark a thriving and self sustaining eco-system around zero carbon motorsports and transportation. The economic and technical dividend in working with TTXGP is tangible, achievable and timely. Over the coming weeks, we look forward to sharing with you what that means. TTXGP is an open invitation to be on the grid for next generation of motorsports. We welcome all to be part of it.

Gee, which one sounds like a professional racing organization?