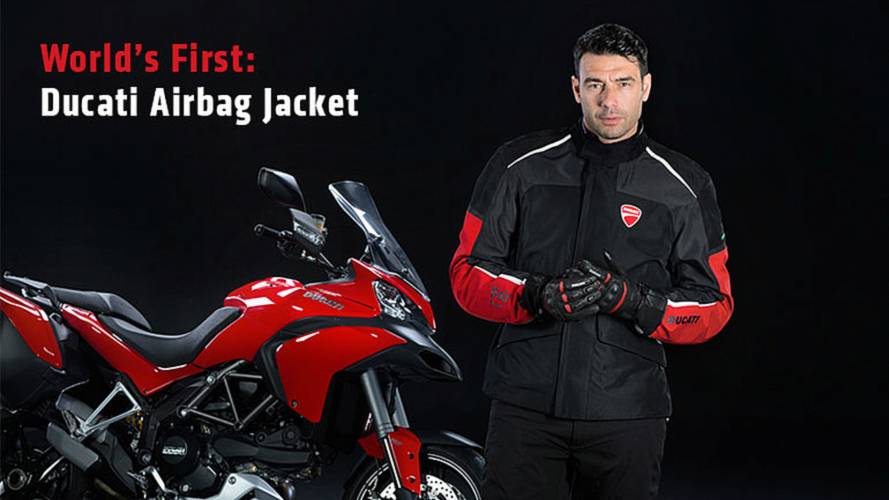 The Ducati airbag jacket is the first of it's kind and you'll be thinking why you never had it in the first place.

Ducati is claiming a world first with news of an airbag jacket, which is integrated wirelessly to a motorcycle, and that can be deployed within milliseconds of a potential accident being detected.

The Multistrada D-Air model is according to Ducati the first production motorcycle in the world to have an integrated airbag jacket wireless system built into the bike’s electronics. However, BMW Motorrad revealed last year at EICMA, held in Italy that it too was planning to launch a similar set up on its motorcycles this year.

The Ducati Multistrada D-Air is equipped with a series of sensors that connect to the Ducati Apparel airbag jackets, which are manufactured by Dainese. Airbag deployment is triggered wirelessly by the bike’s electronic system and takes 45 milliseconds to inflate and will apparently work simultaneously for both rider and pillion.

Ducati says: ‘The intelligent passive safety system uses sensors built into the Multistrada’s existing electronics to constantly understand the vehicle’s dynamic situation and deploying only when subjected to a genuine accident scenario.’

At present there is no indication from Ducati on specification or price or specific details on how the system works. The bad news for the U.S. is initially that D-Air will only be available in European market from May 2014. However, Ducati says further information, including pricing, will be revealed on April 15.