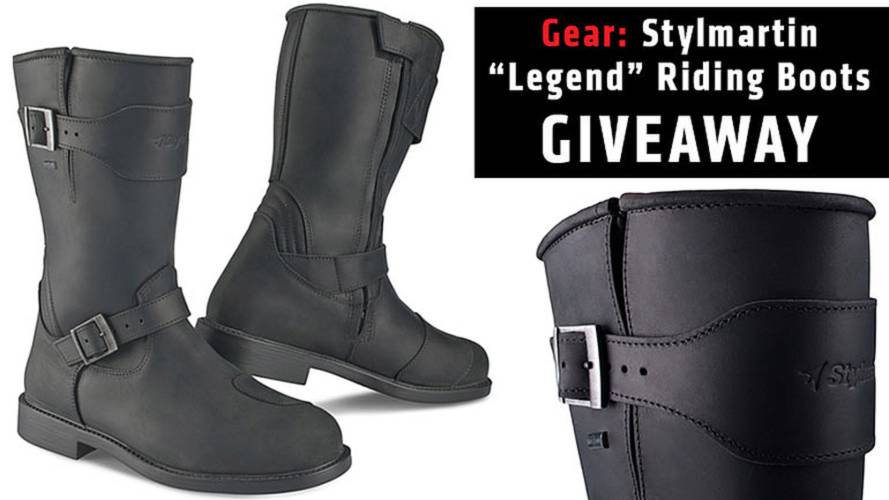 The Stylmartin Indian and Legend boots, both part of the Urban Series, aims to fulfill all the fashion and function needs of today’s casual rider.

There are quite a few ways to categorize people and slice them into groups: Male - Female, Fashion - Function. Well, at least for the last pairing listed, the Stylmartin Indian boots eliminates the Fashion - Function divide. The Indian and Legend boots, both part of the Urban Series, aims to fulfill all the fashion and function needs of today’s casual rider.

Stylmartin is not a household name in the states but the Italian company is trying to change that. Stylmartin has introduced three boot models for sale in the US and the Indian is aimed straight at the cafe rider.

The Indian and Legend both come two colors, a greasy black and a pretty swell looking and quickly distressing brown. For our test, I’ve been wearing the brown version of the Indian and the black version of the Legend for a few weeks now and they both already showing a nicely rugged look to the boot during the break-in period.

For the Indian, this is accomplished by applying a darker top finish to a lighter brown leather underneath and as the boots are worn and scuffed the lighter brown shines through. The black greasy leather scuffs up really nice too (they are meant to be worn and worn hard). They look quite nice and can be polished if ever you need to dress them up again.

Stylmartin’s waterproof claim to be slightly exaggerated, though they are very water resistant and good enough for 95% of riding and I came to this discovery while riding my Z50R through the snow and slush. Also, living in the North East, I’ve also shoveled plenty of snow while wearing the Indian boots and they performed expertly. The water resistance proved more than sufficient and the Vibram sole of the Indian provided incredible traction of otherwise slippery surfaces, same goes for the Legend.

Almost everything. Stylmartin has created a boot that is highly stylish, functional, and comfortable. The quality of the construction and materials is arguably worthy of the cost. The soles are the perfect mix of rigidity and feel, are expertly stitched to the upper and, importantly, replaceable.

The price is high enough to deter non-committed buyers, even if their quality might demand such a price, they are on par with a lot of the other high style and fully capable bootmakers out there. As noted above, they are not, in fact, waterproof. One minor niggle on the Indian is that the lever patch on the toe pushes down on my big toe joint when I walk, but I think this will work itself out as they break in. Lastly, the sizing is troublesome as they run nearly, but not a full size large. Normally I wear a 44 and opted for the 43. They are just long enough to fit comfortably.

These are a definite buy. They look good, they feel great, and they should last a lifetime. Remember to order a size down.

Enter below for your chance to win a pair of Stylmartin Legend Riding Boots.a Rafflecopter giveaway

To locate a dealer near you visit: www.motoandco.com/stylmartin-dealers/