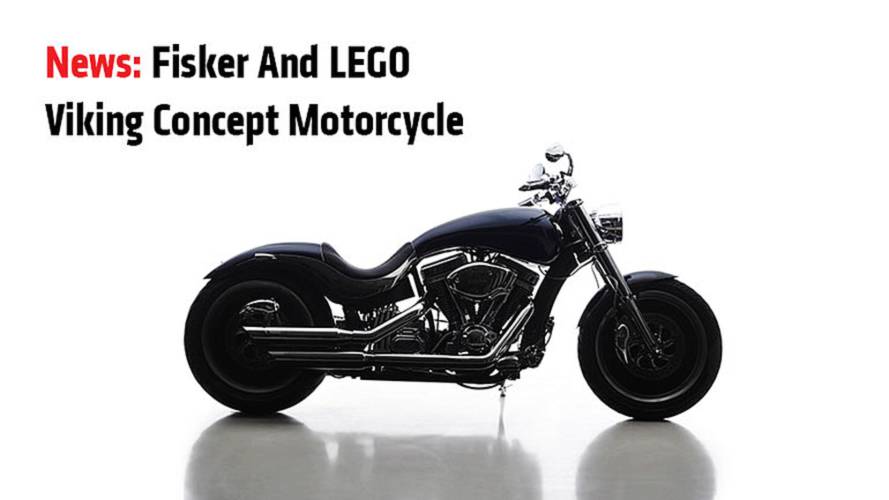 Henrik Fisker lends his designs talents to something with two wheels and a proper V-Twin in the Viking Concept bike.

It's cold and dark in Denmark during the winter. Perhaps that explains the unholy alliance that has resulted in the Viking Concept motorcycle that debuted this week at the Top Marques luxury brands show in Monaco.

Anders Kirk Johansen, a Danish industrialist whose family invented LEGO, acquired the Lauge Jensen (http://laugejensen.dk/) brand of motorcycles in 2012. He hired vehicle designer Henrik Fisker, most recently of the defunct car company that bore his name, to design a concept motorcycle. The Viking Concept was conceived as a production prototype, a muscle cruiser that complies with stringent 2016 Euro IV emissions regulations.

The bike takes the form of a classic cruiser, with sculpted, flowing lines. Breaking with mass-produced cruiser tradition, the tank, seat and rear fender blend together seamlessly, rather than revealing frame tubes and construction. The bike gets its power from a 45-degree V-twin that is said to produce 100 hp with a potential top speed of 130 mph. No further specs have been released, but the engine looks like an air-cooled Harley Evo clone, with visible pushrods, a separate transmission case and belt final drive. The lines are nice, and the details are worthy of a pricey custom.

Fisker injected a good amount of style into the Viking Concept, but seems to have avoided the pitfalls of alternative fuels and battery electric operation. That's probably a good thing, based on the unfortunate end that befell the Fisker Karma last year. This is Fisker's first attempt at motorcycle design, and hopefully not his last.