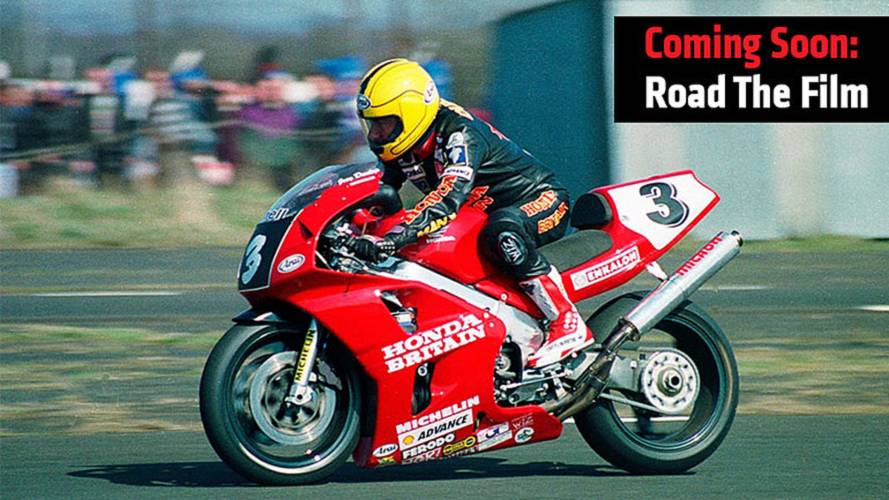 Road the film is coming!

A new documentary film, titled Road, is set to come to cinemas this summer charting the story of the Dunlop family that has been involved with motorcycle road racing for more than 30 years.

Directed by Diarmuid Lavery and Michael Hewitt, this feature length documentary details the story of two sets of brothers. Brothers who've dominated motorcycle road racing for more than three decades, Joey and Robert Dunlop. Even now, Robert’s sons are following their uncle and father into the motorcycle racing arena.

According to the filmmakers Kaleidoscope Entertainment, Road is ‘the heartbreaking and adrenaline-fueled tale of a family who have dominated motorcycle road racing. It’s a sport in which men compete at speeds of up to 200 miles-per-hour on closed country roads. Roads that on any other day service cars, buses, tractors. Roads that are lined with trees, telegraph posts and stone walls. Unforgiving obstacles when struck by the human body.

Joey Dunlop will be remembered as one of motorcycling’s all time greats. His record included three Isle of Man victories in 1985, 1988 and 2000, where he won a total of 26 races. He won the Ulster Grand Prix 24 times and in 1986 he won a fifth consecutive TT Formula One World Title.

Joey was killed in 2000 while leading a 125cc race (he had already won the 600cc and 750cc events) in Tallin, Estonia. Eye witnesses said that Joey appeared to lose control of his bike in the wet conditions and died instantly after hitting a tree.

His brother Robert was also a successful road racer and won numerous races at the Isle of Man TT, including the 125 cc class at his first attempt. He went onto race with Honda, winning the 1989 Macau Grand prix and the following season he joined the JPS Norton team. He died in 2008 from chest injuries sustained from crashing in practice at the North West race held annually in Northern Ireland.

Robert’s two sons, William and Michael are considered to be two of the world’s leading road racers today and are determined to continue the Dunlop family tradition of dominating the sport.

Road is set for release in the UK on 11 June and Kaleidoscope Entertainment says it is expected to come to U.S. cinemas shortly afterwards.