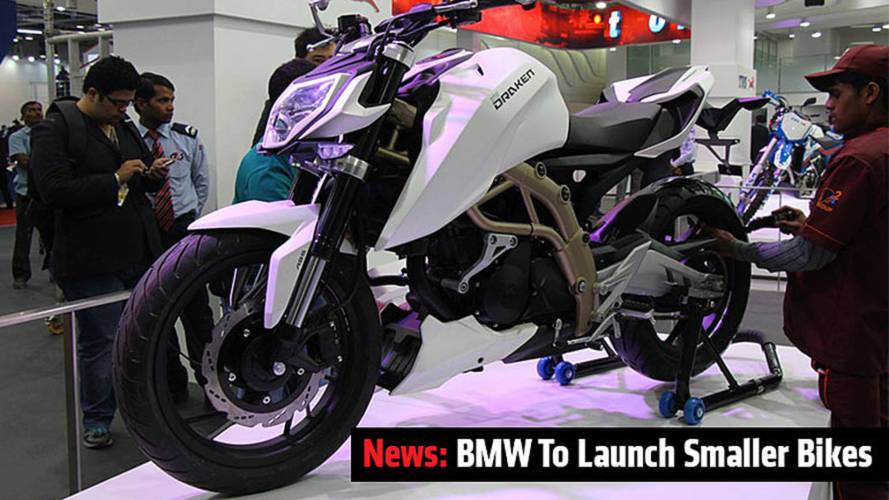 BMW launched the TVS in India hinting at a run of smaller models that could find their way into showrooms around the world.

BMW Motorrad has signed an agreement with Indian motorcycle manufacturer TVS to together make a new range of smaller motorcycles, which will be under 500cc that will be distributed and sold around the world.

BMW currently has a line-up of 19 motorcycles and scooters in the 650cc – 1600cc but until now has not had any representation in the smaller capacity motorcycle segment. The partnership with TVS, which is India’s fourth largest motorcycle manufacturer, would allow BMW to manufacture bikes on the sub-continent and export them to other markets including the U.S.

This move will also give BMW a foothold in India, which is the second fastest growing motorcycle market in the world behind China, and saw sales of motorcycles in the over 150cc segment more than double in 2012 – 2013 from 206,386 units to 447,266.

BMW will be joining Harley-Davidson, KTM and Honda who currently manufacture bikes in India along with Triumph Motorcycles that announced plans on setting up a new factory in Karnataka, near Bangalore in 2012 that the company says will eventually allow it to produce 250,000 bikes a year.

While all of the new, smaller engine capacity BMW motorcycles will built at TVS production facilities in Chennai, India, there will be distinct BMW and TVS derivatives that will be sold through each company’s own distribution networks. TVS’s current line-up consists predominantly of scooters and 125cc commuter style motorcycles.

At present there is no word on what type of motorcycles any of these could be, or when the first motorcycle from this joint venture will be launched. However, in February TVS debuted a single-cylinder 250cc concept naked bike called the Draken at the New Delhi Auto Expo.

India’s motorcycle media is currently speculating that that the BMW-TVS tie-up could see a 300cc naked version as the first bike to be launched, followed by an adventure style bike – similar in looks to the GS models – but with all versions sharing the same frame and sub-500cc engine.

BMW and TVS have neither confirmed any of these details but have said there will be several small capacity motorcycles built in India that will be launched within the next three years.