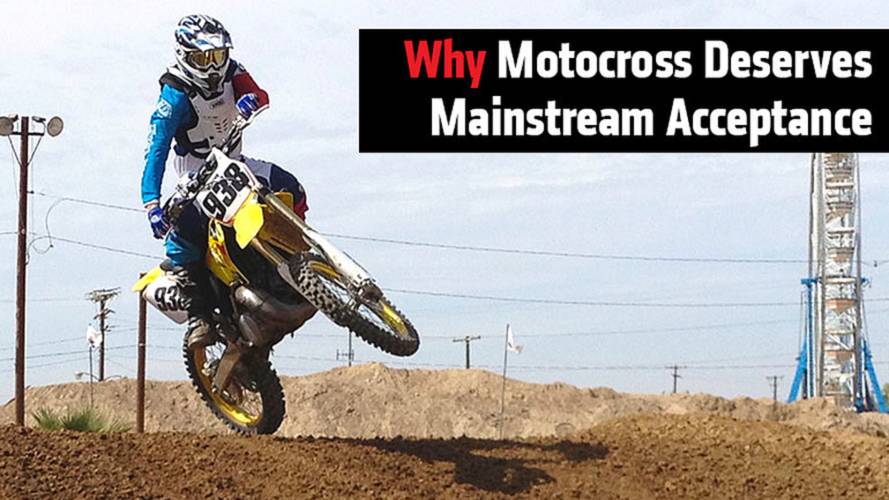 Supercross is one of the top physically demanding sports on the planet but why won't the world give it the respect it deserves?

“All you’re doing is twisting the throttle.” Such is a typical response from the general public when asked to describe the physical requirements of motocross. Little known fact: A study conducted in the late 1990s showed that motocross is the second most physically-demanding sport behind professional soccer.

Ever since Ricky Carmichael forced the competition to train at his level or face defeat, motocross racing has become a war of attrition. Why call attention to the fitness aspect of the sport? Because supercross and motocross still fails to garner the respect it deserves from the media and everyday sports fans.

With all 17 rounds of the Monster Energy Supercross season in the books, riders will now forgo a well-deserved break in favor of preparing for the upcoming Lucas Oil Pro Motocross Series, which kicks off in three weeks at California’s Glen Helen Raceway. ESPN and Fox Sports will tell you all about NFL players and their arduous training regimen leading up to the once-a-year, 16-game season. What you won’t hear is how 80-plus motocross racers from around the world battled through 17 rounds of supercross over an 18-week period only to face an additional 12 stops on the summer-long 2014 Lucas Oil Pro Motocross tour. Furthermore, each outdoor national consists of two grueling 30-minute plus two lap motos in race day temperatures that frequently breach the 100-degree mark.

We keep hearing from event promoters that the problem with boosting exposure comes down to the fact that current motocross/supercross format is inherently anti-TV. To which we say: If Formula 1 and Nascar Cup Series races are allotted three-to five-hour time slots, why not grant motocross a similar courtesy? Sure, Nascar is on a different planet when it comes to overall popularity, but supercross in particular has experienced a significant jump in viewership every year for the past five years. However, the influx of outside sponsorships and broadcasting support one expects from increased awareness has remained stagnant.

It’s time for the sanctioning bodies and event promoters of professional supercross and motocross (Feld Motorsports and MX Sports, respectively) to transform motocross into the F1 of off-road motorcycle racing. This means breaking ties with Monster Jam, reinventing the way in which riders plug their respective sponsors, and instilling a more family-friendly vibe at the races. Energy drink models dressed in leather are certainly fun to look at, but prevent the sport from receiving the credibility it deserves.

Professional baseball, football, and basketball players are certainly talented in their own right, but don’t put their lives on the line for the sake of entertainment quite like motocross racers. It’s time for motocross racing to receive the mainstream attention it deserves.

Tell us why you love Supercross. Should it be televised like the NFL or any other major global sport?
++Share