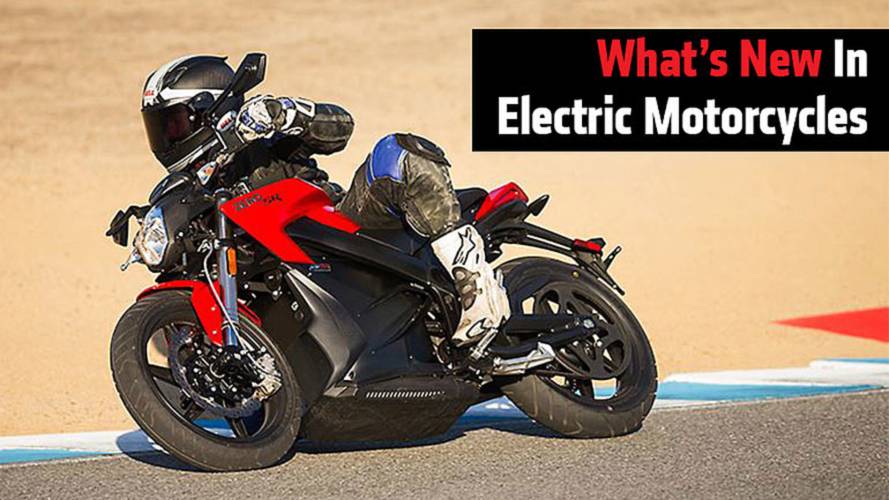 Electric motorcycles are getting better and better so we put together a list of 2014's newest electric offerings.

Each year, electric motorcycles get faster, more powerful and go further between charges. Reviews of these e-bikes have become more favorable as time goes on and it seems that they might be ready for mainstream consumption. Currently, there are only two companies that have delivered electric motorcycles to the public: Zero Motorcycles and Brammo.

California-based Zero Motorcycles has four models in their 2014 lineup; each one designed with a different riding style in mind.

The Zero SR is for the performance enthusiast who wants a race-ready motorcycle to take to the track. With its massive 106 ft-lb of torque available instantly, it will test even the most seasoned riders. A single-gear belt drive eliminates the need to shift, and bluetooth connectivity allows you to monitor power consumption, battery life and other data.

The Zero S is less of a track monster, but still very capable. The shocks have been upgraded for 2014 as well as the rear brake caliper and rotor, resulting in improved ride quality and control.

At its core, the Zero DS is identical to the Zero S, but it sports longer shocks and dual sport tires for off-road riding. Where dirt bikes are usually extremely loud, the DS is basically silent.

The Zero FX is a versatile and lightweight bike that you can take on or off-road, and features removable batteries, allowing you to recharge virtually anywhere there is an available outlet.

More focused on racing than daily commuting, Brammo builds on last year’s successes with a newly designed Empulse and Empulse R for the 2014 model year.

These bikes were built for spirited riding and are the only electric motorcycles equipped with a six-speed gearbox. The forward seating position, sport-bike styling and exposed battery housings give the Empulse a very aggressive aesthetic.

Prices for these motorcycles range from $9,500 for the Zero FX all the way to $20,000 for the Brammo Empulse R. It’s refreshing to see that the 2-wheeled industry hasn’t interpreted “going green” to mean “boring,” like some of the car industry has. With an already impressive selection of e-bikes and many more on the way, like the Energica Ego and the Agility Saietta, it’s an exciting time to consider switching from a traditional engine to a zero-emission, high torque electric motor.