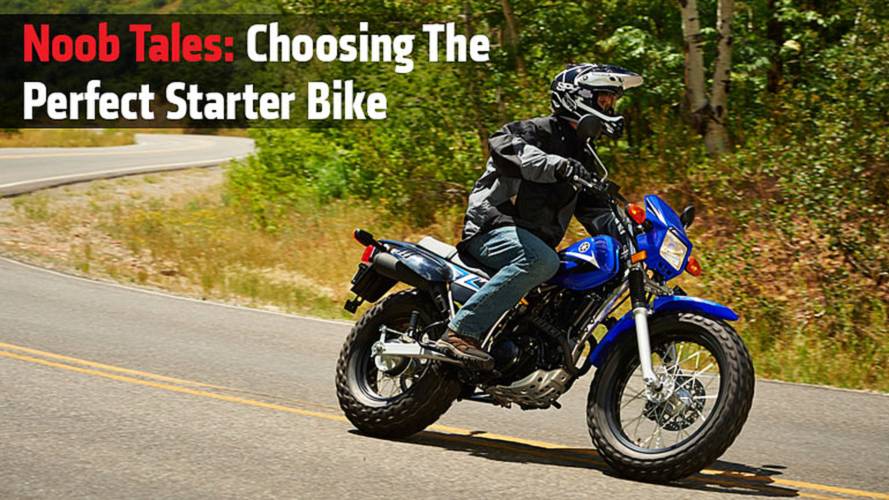 Let’s get this out of the way: I write for a very popular website about motorcycles, and yet I know next to nothing about riding them. I know a bit about writing about them; I’d just spent the past 9 months working as a writer for a well-known American cruiser manufacturer’s website (not Harley – the other one). I’d penned a few dozen articles about bikes, riders, and what riders do to and with bikes. My employer paid me to learn to ride; I took it upon myself to learn as much about motorcycles as I possibly could. And what started off as another freelance writing job quickly morphed into a lifestyle choice: I wanted to be a motorcycle rider.

But it’s hard to do that without a motorcycle. I needed to get a ride.

Where to start? I emailed my buddy Paul, an experienced rider, for some pointers. “It’s been a few weeks since I did my rider school,” I wrote, “and I’m worried that I’m going to forget everything. I’m nowhere near able to buy a bike. Any suggestions?” (This was clearly a leading question – I was hoping he’d loan me one of his, or at the very least invite me to go riding with him. I surf, and surfers lend each other their boards all the time. Of course, if one falls off of a borrowed surfboard, the odds of one completely destroying that surf board and/or sustaining massive head trauma are fairly low.)

“You’ll remember what you learned, but try to practice,” he replied. “And don’t practice in heavy traffic. This is why the term ‘starter bike’ was invented.”

I’d done a fair amount of research on starter bikes. It seemed to me, though, that there was a bigger choice to be made: what kind of rider did I see myself becoming? Working for the cruiser company made that an obvious choice: a big, loud bike with a low seat height seemed…safe? Probably not the best word, but certainly as a guy in his mid-forties, going at a reasonable speed in a straight line on a big, loud bike with a low seat height presents less risk than tear-assing down the 805 freeway weaving in and out of traffic on a crotch rocket. But sportbikes offer maneuverability and a manageable size and weight – which, given the ridiculous traffic one finds in southern California, also might save me some skin and bones. And then there are the Adventure Bikes, which seem to fit right in to my outdoorsy, surfing-hiking-camping lifestyle. (Plus the BMW G 650 GS has anti-lock brakes – yeah, I know I need to learn proper braking regardless, but why not stack the odds in my favor?)

I had narrowed down my choices, and wanted to get Paul’s thoughts: “Think I’m going to decide between a CBR250R and a CB500X.” The BMW was still on the radar, but the more I read about these two bikes – and their suitability for entry-level riders – the more I liked them. They seem as safe as motorcycles can be, neither are very expensive, and they both look like a lot of fun to ride. I felt like I’d chosen wisely.

Paul felt otherwise. “Those are both good choices – but what I’d get is something called a TW200. It’s a bitchin’ start bike. I used to own one.” I Googled it. And was underwhelmed. The thing looked like the plastic battery-powered minibike my ten-year-old asks me to buy him every time we wander down the toy aisle at Target. Paul sensed my hesitation. “I have a buddy with a TW200 for sale. Granted, it’s not a sexy beast, but it’s The Best Starter Bike In The World. He wants $1500 for it. You could buy it, ride it for a few months and get some seat time, then flip it for the same price. You’ll learn faster and be safer than you would with the other bikes. And you can ride the TW on dirt during your training time.”

This all made perfect sense, coming as it did from a guy who’d been riding for years. And $1500 seemed like a good deal. But in the end, I didn’t buy that TW200. I had a list of reasons (or excuses, if you prefer) – chief among these was wanting to get some seat time on a variety of bikes before pulling the trigger on one - but in the end, it just didn’t feel like the bike I wanted for my first. It may sound a bit metaphysical, but I want to believe that your bike chooses you as much as you choose it. And so my search continues.

What’s the perfect bike for a new rider? Tell us in the comments!