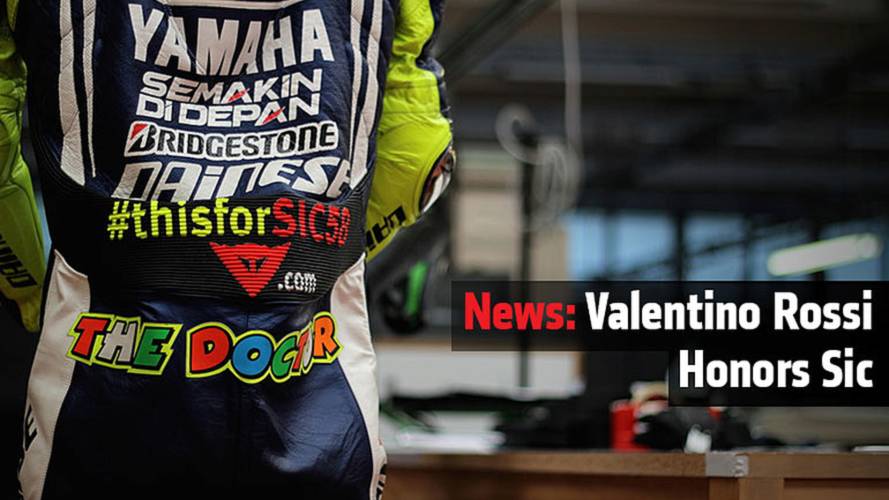 Valentino Rossi's new suit will honor the late Marco Simoncell. After the race, Dainese will then auction it with proceeds going to the Santa Marta Project.

Moto GP superstar Valentino Rossi will be wearing a special Dainese suit at his home circuit in Mugello for this weekend’s Italian Grand Prix.

The suit will be embroidered with #ThisForSIC58 in support of the Marco Simoncelli Foundation, an organization dedicated to the memory of Rossi’s friend, Marco, who passed away after an accident during the 2011 Malaysian Grand Prix.

The suit will be worn by Valentino Rossi for his 300th GP start, after which it will be offered up for auction on June 18, 2014 at 2 pm. Information about the auction can be found on Dainese’s website (www.dainese.com) beginning June 13. Other items worn and autographed by Dainese riders will also be available for auction alongside Rossi’s suit.

Proceeds from the auction will go to support the Santa Marta Project, a day center for the disabled that is being built by the Simoncelli Foundation near Coriano, Italy, Marco’s hometown.

Show your support in memory of Marco and keep up with the Simoncelli Foundation’s projects with #thisforSIC58. Learn more about the foundation here: http://www.marcosimoncellifondazione.it/