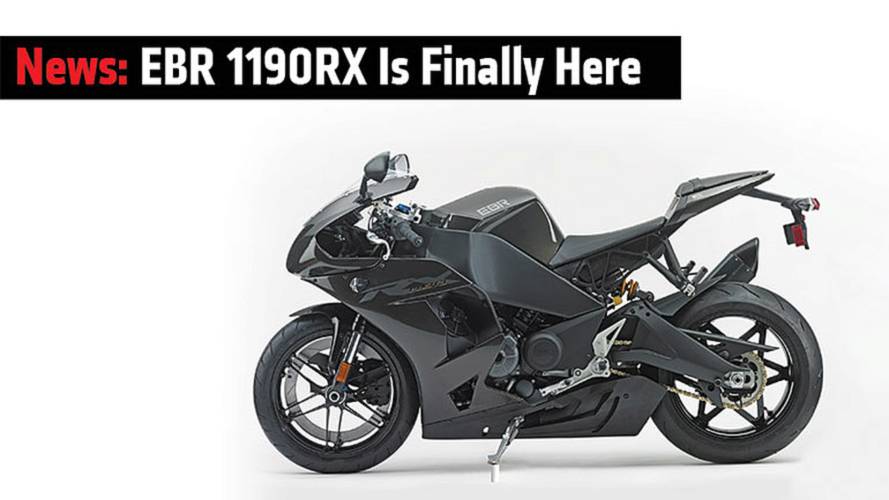 The all new American made superbike, EBR 1190RX, is ready to invade your garage and perhaps make you forget about the other bikes in the world.

Eric Buell Racing is back and he's ready to insight a good old fashioned superbike brawl – American style. His new EBR 1190RX is packed with serious technology and performance that should give those across ocean something to worry about.

Since Buell stepped onto the racing scene in 1983 when Eric Buell built a hand crafted race bike to race in the AMA Formula1 series. 1993 officially brought Buell and Harley-Davidson together but that ultimately ended in 2009 when the economy went belly up.

Luckily for Buell loyalist, EBR has been busy creating a more affordable version of their 2012 1190RS which took the world by storm and invaded a few bank accounts with the carbon fiber sculpture fetching just over $43,000. Buell is now manufacturing their newest bike (thanks to their Indian investor, Hero Motor Corp.) in the same East Troy, Wisconsin assembly line as the S4 Thunderbolt was built 20 years ago.

Today, the $18,995 1190RX boasts 185 hp and 101 lb. ft. of torque 72-degree V-Twin, four-stroke motor in an all aluminum frame with integral fuel reservoir. Showa suspension is used at either end of the 1190RX: a Big Piston Fork and a non-linkage-type remote-reservoir shock, both fully adjustable. A signature feature on the bike is a single 386mm perimeter brake disc with an inside-out eight-piston Nissin caliper. Out back is a Hayes two-piston caliper with a 220mm disc. Hubless lightweight cast-aluminum wheels reduce unsprung weight, while a magnesium subframe helps centralize mass and keeps overall weight to a claimed 419 pounds, minus fuel. The bike even touts an all new, American made, 20-level traction control system.

Who amongst you is willing to strap onto some American superbike power?