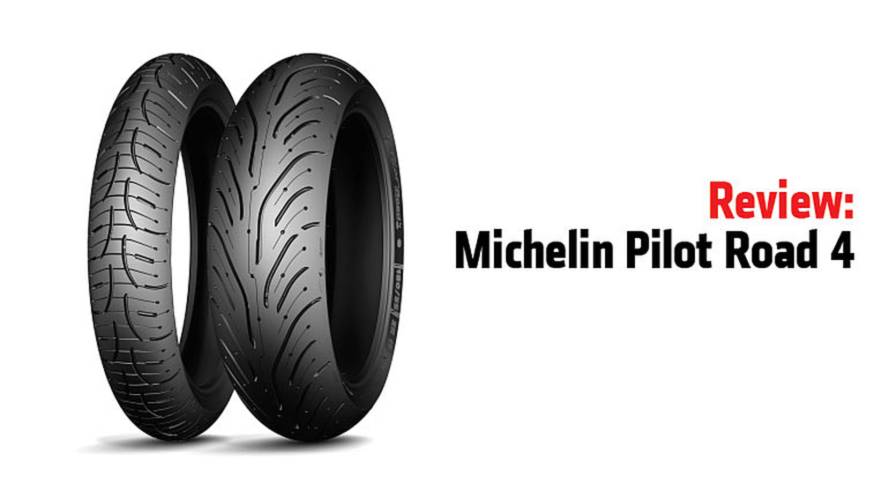 We test the Michelin Pilot Road 4 from the iconic Southern California beaches through back country road ending on top of a mountain.

The Michelin Pilot Road 4 come in standard (600 cc plus sport touring bikes), GT (heavier grand touring bikes often loaded with passenger and/or luggage) and Trail (misnomer, intended for adventure touring bikes strictly used on pavement) options and all feature the same tread pattern. The variations come in Michelin’s 2CT technology, dual compound composition of the tires with firmer rubber down the center for greater mileage and softer on the sides for increased grip. The Standard and GT fronts have a 50% medium firmness down the center and 25% soft on the either side. The rear sports 20% hard down the middle and 40% medium on the sides. GT’s are a bit firmer than the standard to compensate for heavier loads. The trails feature a 60% medium center and 20% soft side configuration on both front and rear tires.

Michelin’s patented XST, X-Sipe Technology has received a facelift to improve on an already solid feature. Between the larger grooves, transverse sipes channel water into circular reservoirs that eject water and allow better contact patch in rainy conditions. A slight bevel of the front edge of the sipes is an upgrade from PR3’s technology. This counters abnormal wear from hard braking in dry conditions that may have been an issue in earlier iterations of Pilot Road Series tires and has been deemed XST+.

Now that we have gotten the technical data out of the way, let’s focus on the fun stuff.  Recently had the opportunity to spend 24 hours on a 2012 Ducati Multistrada Sport 1198 mounted with the standard version of the Pilot Road 4’s. Let me preface this with the fact that I have spent 20 plus years on street and track bikes and did not have significant experience with the more upright riding style of the Multistrada. Michelin invited a group on a 160 plus mile ride starting in Redondo Beach, CA through the extremely technical and twisted Angeles Crest Highway and ending at Big Bear Lake. We were experiencing the effects of the Santa Anas which drove the temps over 100 degrees and caused extremely high winds. Leaving Big Bear early the next morning, we started our return trip with temperatures barely hitting the 30 degree mark. It was definitely a trip of extremes.

With my limited experience and the conditions as trying as they were, I felt extremely confident from the first mile to my last due to the Pilot Road 4’s stability and excellent grip. The PR4’s only had about 50 miles on them when we started the ride but the tires warmed up very quickly and never felt slick or loose at the start of rides. As riding in and around Los Angeles often requires hard braking and quick acceleration, the PR4’s were exceptional in both categories. Flat, dry braking was quick and responsive. As we haven’t had a drop of rain in quite some time, we weren’t able to test the wet braking claims.

The high winds caused a lot of sand, debris and rocks to come into play around the hidden bends of Angeles Crest. This led to some interesting hard braking and acceleration in various lean angles but the Pilot Road 4’s inspired confidence and allowed me to simply flip the wrist and keep going. I often had to leave my lines and cross the painted stripes in significant heat or cold and Michelin’s silica charged rubber never lost grip. I can’t attest to the durability claims or the braking capability in the wet but overall the Pilot Road 4’s were a fun and reliable tire.