36 hours in San Francisco on a Yamaha Zuma 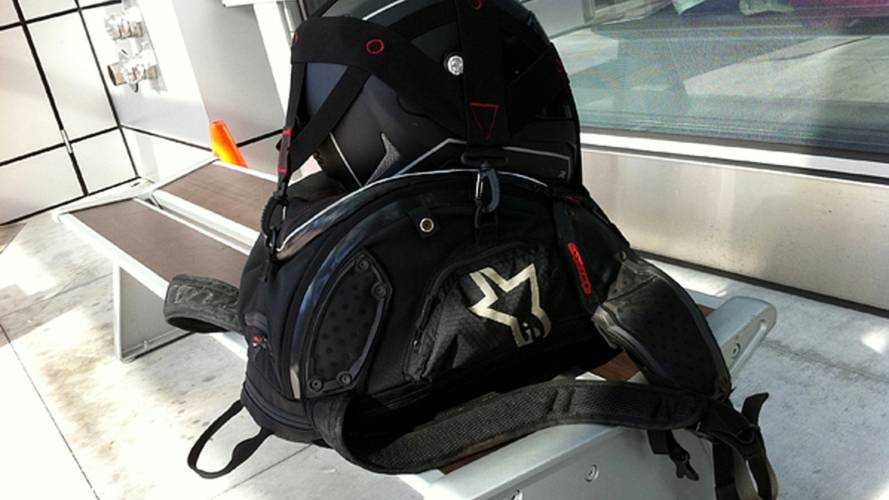 San Francisco is an awesome town. There's great food, weird people and so much to see in the city crammed between ocean and bay. But, that means it's also filled to the brim with tourists, making travel by car all but impossible. A good alternative to being stuck in traffic, paying exorbitant day parking rates or being limited to as far as you can huff it on foot is zipping around on a scooter. Th...

San Francisco is an awesome town. There's great food, weird people and so much to see in the city crammed between ocean and bay. But, that means it's also filled to the brim with tourists, making travel by car all but impossible. A good alternative to being stuck in traffic, paying exorbitant day parking rates or being limited to as far as you can huff it on foot is zipping around on a scooter. The slower pace will let you catch all the spectacular views, while traffic and parking won't stop you from being able to see the city from every angle in one day. I did just that last week on the new Yamaha Zuma 50f.

Fly into SFO in the early afternoon, check into the W (where glowing pink Buddahs and condoms replace Bibles) and get your hands on a scooter before dinner.The 2012 Yamaha Zuma 50f has been subtly, but completely, redesigned. It now has a clean burning 49cc four-stroke motor that delivers seven percent better fuel economy and improves torque for accelerating through city streets. Other new features include a disc front brake, more comfortable seat and easily changed tubular handle bars. These new models aren't available for rent yet, but as little as $94 (including insurance) will get you a Yamaha Vino 125. Motorcycle rentals are available, but only if you're over 25, have more than 2 years riding experience and $1500 available on a card for deposit. Renting a scooter is much easier and its all you can really use on San Francisco's tight streets anyways.

You can rent gear too, but traveling with a helmet and jacket isn't as hard as you would think, especially when you're only heading off for a day and a half. Pick a bag that can carry an extra pair of pants, some sneakers and stuff to keep warm, a laptop, camera, and strap your helmet on the outside (no hassle through security, and I've flown this way at least 6 times). Just take the helmet off and set it next to the bag in the overhead. Wear your jacket in the airport and on the plane. Airplanes are cold and uncomfortable and thick black leather and elbow armor is nice and comfy. Bonus points if your jacket is like the Dainese Greyhound Pelle—all the protection, but with armor that's removable in a matter of seconds (look for full coverage on this jacket later this week).

Make things easy and grab Chinese for dinner after you pick up your scooter. House of Nanking is just a mile or a few minutes by scooter away. Don't bother with the menu, just ask the hostess to order for you and answer "very" when she asks how hungry you are. Skip the hotel bar at the W though; it's full of guys named Chad with suits and brief cases and they're all looking to score. Instead, head over to Zeitgeist. It's the best biker bar I've ever seen, topping even the Cretins Clubhouse in downtown L.A. There's motorcycle parking right out front, bikes on the ceiling, jackets and helmets everywhere and even a sticker that reads "One less car, bitch" behind the bar. Legend has it that Wes was once offered a BJ within 15 seconds of entering this establishment. The smell of organic, California grown green medicine (bought from the upscale collective across the street) wafts in from the large outdoor beer garden and inside, over a dozen delicious craft beers are on tap. This is where the cool kids hang out.

If you make it back to your room at a reasonable hour, get up early (assuming it's a Tuesday, Thursday or Saturday) and take the scooter to the Ferry Plaza Farmer's Market for breakfast. Go down Third street, right on Mission and left at the Embarcadero. The one mile trip should take less than ten minutes, even factoring in parking and putting on/taking off gear. Take your time, sample lots of food and definitely buy yogurt from Saint Benoit to mix fresh berries into. Bonus: keep the ceramic jar it comes in for use as a coffee cup later. After breakfast, cross the street and check out the ridiculous waterfall sculpture and all kinds of street vendors. In order to become a licensed San Francisco street vendor, they must make everything they sell which means good deals on all sorts of weird stuff are to be had here.

If you've timed things right, the fog should now be burning off. Hop on the scooter and hit the tourist traps. If you lane-split, traffic won't be an issue and with a scooter's size and plentiful motorcycle parking, you'll have enough time to see it all in one day. Jeffrey's Toys on Market street is near-by, offering all sorts of strange and cheap stuff to play with. I bought a few kaleidescopes and prisms to use as camera filters.

Camera toys in hand, head to the Conservatory of Flowers in Golden Gate park (if you've been there and seen it all, consider the Presidio or the California Palace of the Legion of Honor). The crowds aren't bad and the colors are amazing. Take as long as you want to hang out, enjoy the park and take photos before heading across the Golden Gate Bridge.

With an iPhone-verified top speed of 40.5mph, the Zuma has plenty of oomph to make it across the bridge. Returning 132mpg, you probably won't have to fill it up all day either.

Once you cross, stop at either the vista point or head down Bunker road to get that all-important bridge photo. Now is also a good time to make sure you have cash to get back across the bridge. Motorcycles are supposed to get a cut-rate of $3, but I'd have $6 in hand just in case they demand full-price.

If you're not still full from breakfast, or if you're into the binge-and-purge thing, now is a good time to stop for lunch. San Francisco is known for its abundance of amazing food. If burgers are your thing, head to Super Duper on Market street. For truck food, Un Plaza. Monks Kettle is a killer gastro-pub and Naan and Curry on Jackson by Colombus is exactly what it sounds like (Shalimar near Union Square is another indian option). Little Star Pizza is delicious and has multiple locations. There are probably a thousand other lunch options, all of them delicious. Eat anywhere but a boring chain restaurant. (Thanks, JonB for the tips)

After you're done eating, head out and up for a view of the city you've been in the middle of all day. San Francisco is mostly built on hills, and there are a few that tower above the rest. Head to Twin Peaks or Coit tower for the best views and photo opportunities, and grin smugly at the tourists being herded in and out of buses. There's no reason you can't hit them both, but Coit tower is smaller, has less people and is much more accessible. Then again, Twin Peaks will have you riding up through the always entertaining and oft NSFW Castro district.

Once you're done gawking at nudists and leather enthusiasts (try explaining that you work for a publication called Hell For Leather in this part of town...), it's probably time to get the scooter back. Drag race as many other scooterists as possible on your way back to the rental office; it's good fun and you probably won't break the speed limit. After the scooter is returned and you're back in your room, get cleaned up and ready for dinner. Foodies with plenty of cash to burn should head to Benu; their delicious and innovative menu is within walking distance from the W and shouldn't be missed. For a less culinarily adventurous (and more budget minded) dinner, there's no shortage of restaurants, cafés and bars within the SoMA neighborhood.

Crash for a few hours (or just head back to the room for a quick shower) and then grab a cab back across the bay to SFO. The early morning trek provides great views of the sunrise over the bay.