The facts behind Europe’s alleged ban on switchable ABS 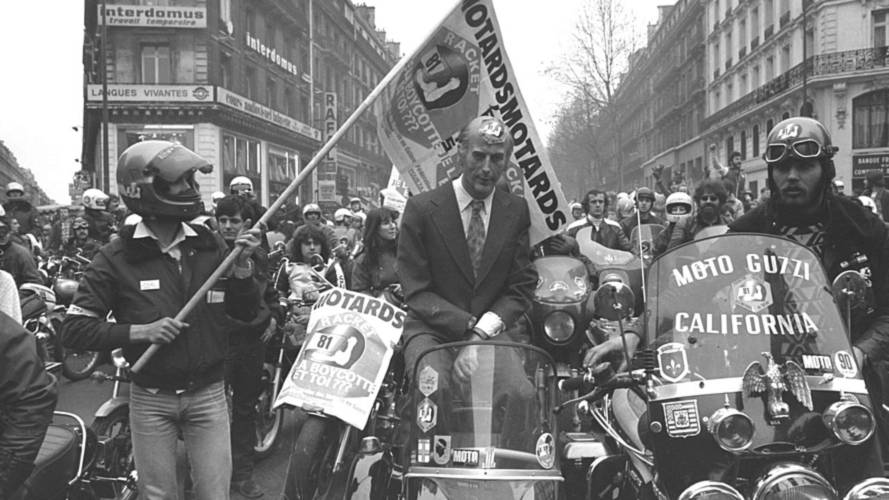 The EU Commission has finally delivered its proposal for a new motorcycle framework regulation. The purpose of the new regulation is to put loads of existing directives concerning type approval of motorcycles into one new, less complex framework regulation for all L-category vehicles — two- or three-wheel powered cycles, mopeds, motorcycles with and without a side-car, tricycles, on-road quads a...

The EU Commission has finally delivered its proposal for a new motorcycle framework regulation. The purpose of the new regulation is to put loads of existing directives concerning type approval of motorcycles into one new, less complex framework regulation for all L-category vehicles — two- or three-wheel powered cycles, mopeds, motorcycles with and without a side-car, tricycles, on-road quads and mini-cars. The EU also wants to add new measures to improve safety and lower emissions. If passed, the new regulation will be passed as law in all EU-countries from 2013. Are we really going to lose the ability to switch off ABS?!

We went trough the major issues the Commission was working on last Spring.  Here's how they look in the finished proposal.

The 100bhp limit didn't make it into the final proposal. On the contrary, the Commission acknowledges that a horsepower-limit therefore is not an effective safety measure and proposes to repeal the option given to Member States to implement power limits. Excellent news for French riders, who'll finally be able to legally enjoy the last 5 hp of their 105 hp Kawasaki Z750's.

Not surprisingly FEMA, the European rider's rights organization, counts this as a major victory. So far it was only applied in France, but Member States were free to go for the French example. “We are very happy with getting rid of the 74kW limit,” says Communication and Policy Assistant Philip Vogt.

2. Stricter emissions levels and in use compliance

The flip side is that the EU wants to monitor that the emissions actually comply with type approval levels and proposes that from 2017 every motorcycle will be equipped with an electronic diagnostics system - On Board Diagnostics (OBD) - to monitor and report failure and deterioration of engine and vehicle management systems.

The IUC is another highlight for FEMA. “We are proud of the durability requirements for emissions,” says Vogt. “This is especially important for countries where you have to present your bike for technical inspections every two years.”

Basically, FEMA doesn't want the owner to pay the bill for a failed emissions test.

The Commission promises "reasonable and proportionate fees for access to vehicle repair and maintenance information" for dealers and repairers, but according to FEMA, Commission officials have signaled support for their view that this should be freely available to owners who wants to do their own repairs.

ACEM, the European manufacturer's organization, are more concerned about some of the technical issues.

“ACEM is satisified with the proposed timeframe with 3 steps which takes into consideration the requests of the industry to provide a long term vision giving an acceptable time frame,” says Communication Officer Fillipo Segato, while also pointing out inconsistencies in the proposal: “Euro 3 ends in 2012 and Euro 4 starts in 2014, Sagato explains. - This means no Type Approval in 2013!”

For ACEM and the manufacturers this is just one of several concerns about different dates and stages of implementation. They would like see a less complicated system with several measures implemented simultaneously.

Implementation on new registrations (ie On Board Diagnostics, Advanced Braking Systems) adds confusion and difficulties for manufacturers managing the end of production life for older models. Why did the Commission not foresee OBD and Advanced Braking Systems linked to 2017 Euro stage for new Type Approval? This confusion creates a clouding of obligations to be met by the industry at different dates, making already type-approved vehicles impossible to register. In order to avoid not selling products type approved with the "old" step, new vehicles will need to be ready at least two years before the entry into force of the higher Euro stage.

FEMA claims these types of modification have no significant impact on emissions or safety, and it appears the Commission may be willing to change its mind. At least FEMA claim the Commission has agreed to consult with them again on this issue.

“Owners should be able to modify their bike, including all engine parts,” says Philip Vogt. “The Commission will run an impact assessment on this issue. We hope to be influential enough to make sure the outcome will be that engine modification of bikes is not a big emissions issue and no further legislation is needed.”

Even if FEMA succeeds, future engine tuners would have to consider the benefits against voiding the "durability guarantee" (In Use Compliance).

As expected, the Commission proposes to mandate ABS on motorcycles (125cc and larger) from 2017, and combined brakes and/or ABS on scooters and smaller motorcycles (50-125cc).

Both FEMA (rider’s rights) and ACEM (manufacturers) are unhappy with this, but for different reasons.

FEMA wants owners to be able to choose if they want ABS or not, but if ABS is mandated, they've asked that bikes could be fitted with an off-switch, which they claim the Commission has already rejected.  This claim has led to some sensational reporting in the enthusiast press, including MCN, which essentially tip this as "the death of the dual sport motorycle" since ABS doesn't work off-road.

FEMA’s press release on this issue has led to several reports that dual purpose bikes could disappear from the market, but according to ACEM the whole issue is based on a misunderstanding.

“Today the on/off button for ABS is permitted by the EU legislation. In the present text of the new proposal there is no mention of prohibiting it. The Commission has no intention to prohibit it, on the contrary. FEMA is drawing attention on a feature that nobody had the intention to prohibit,” says ACEM’s Fillipo Segato, fearing that FEMA’s press release may actually lead EU politicians to propose to ban the on/off button.

Asked about this, FEMA says they assume that "when the Commission proposed mandatory ABS they assumed that it would be permanently active.”

We're trying to find out what the realities are, but for now, the jury is still out on this one.

ACEM seems to have taken a more pragmatic view than FEMA on mandatory brake assistance, but are disappointed manufacturers aren't allowed to use Combined Brake Systems (CBS) instead of ABS on motorcycles over 125cc.

“A2 (a new class of motorcycles with power output of up to 35KW) represents a wide variety of models and needs a more flexible approach,” ACEM explains. “The Commission neglected to evaluate the CBS technology, which provides in itself the highest cost-benefit figure.”

Labeling of fuel consumption and CO2 emissions will become mandatory, the same way it's been for cars for a long time. FEMA sees this as basic consumer information.

ACEM is also in favor of measuring CO2 emission at type-approval stage. “However, we would like to see it coupled with the introduction of Euro 4 , so as to bundle a series of provisions and make it easier,” explains Segato.

The commission will still allow for niche producers and customizers to produce and sell bikes without a costly full scale EU type approval, but they've proposed to lower the number of bikes they can produce to a maximum of 50 (compared to a limit of 1000 for cars) per year.

FEMA are afraid this number is too low to be sustainable for many of the producers, and will try to negotiate a higher number.

If FEMA can claim victory on In Use Compliance, this is an equally important measure for ACEM.

“Market surveillance provisions will better monitor imports of non compliant vehicles,” explains Segato. “This is an improvement regarding the current situation, as it creates convergence towards level-playing field.”

That's the diplomatic way of saying what we all know: Loads of cheap Asian bikes imported to Europe are in reality nowhere near the standards of the type approval, but there's been virtually no controls. With the EU actually controlling them and getting rid of the non compliant vehicles, ACEM members can look forward to not having to compete on price with, let's be honest, utter crap. The measures will also apply to aftermarket parts, so depending on how you look at it, we can say goodbye to cheap Asian parts or get rid of even more crap.

The proposal is now headed for political approval with votes in both the Parliament and the Council - leaving new opportunities for lobbying and horse trading to change the outcome. FEMA will focus on the ABS issue and the stricter engine modifications rules, no doubt with support from FIGIEFA (International Federation of Automotive Aftermarket Distributors) on the latter. ACEM seems to be willing to accept stricter regulations as long as they are provided reasonably predictable long term working conditions, and will probably focus on technical details and the time-frame.