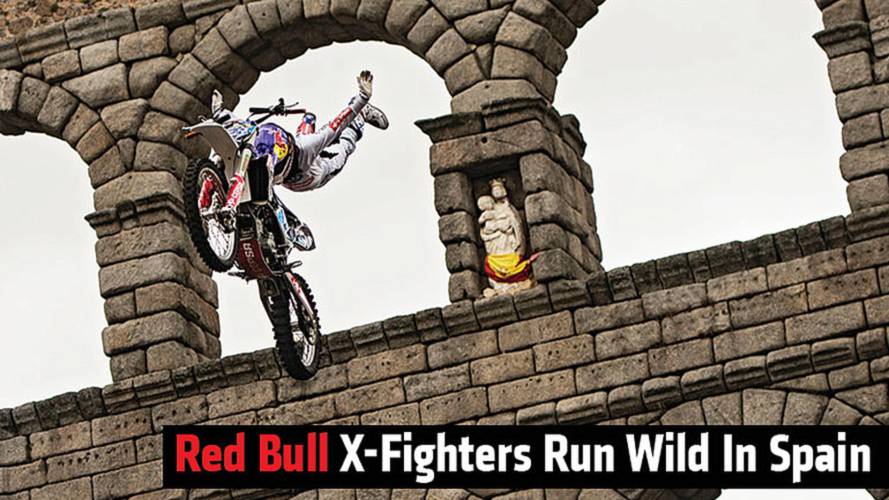 The third stop on the Red Bull X-Fighters championship tour is ready to set Spain on fire! The series half-way point has a leader points battle on the line!

Spain is a land known for many wonderful things. Remarkable food, an endless supply of great wine and, of course, bullfighting. This weekend, instead of Toreadors doing battle, fighters of a different ilk take to the Plaza de Toros de Las Ventas in Madrid, Spain where the Red Bull X-Fighters make the third stop on their worldwide tour.

The Red Bull X-Fighters series started off in Mexico City and recently emerged from the land of the rising sun–Japan. With the current leader, Levi Sherwood (NZL), sitting just 20 points ahead of a two-way tie for second between Remi Bizouard (FRA) and Josh Sheehan (AUS). The trick to winning the X-Fighters series is about maintaining a lead. When riders compete in series outside of the X-Fighters their last points are dropped. This keeps the playing field level and to ensure those who couldn't make other events still have a chance to compete for top honors.

To kick off this weekend's festivities, riders Dany Torres (currently in fourth) and Maikel Melero (currently in thirteenth) put on an FMX show for the local crowd gathered at the UNESCO World Heritage Site of the Aqueduct in the old town of Segovia. Rather than put on a conservative demo of Moto-X Freestyle talent, both riders broke out their game day play books and put on a show that, we think, rivals any other FMX series finals.

Torres has already chalked up two wins in his home country in 2009 and 2011 and is aiming to knock off the overall Red Bull X-Fighters leaders.

You can catch all the action via the Red Bull X-Fighters Live Stream; if you can't make it to Spain for the weekend that is.