Why you should be excited about Zero Motorcycles 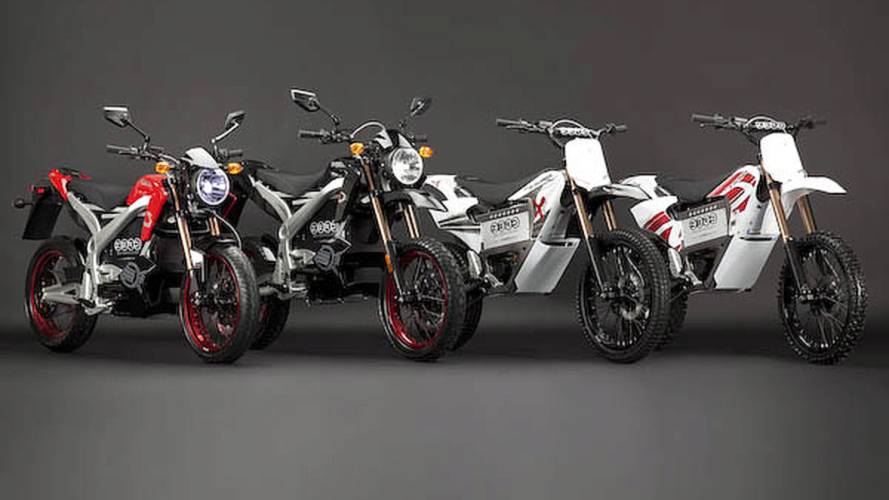 The most interesting thing about the 2011 Zero launch wasn’t the bikes. Yes, the company has beefed up the components, restyled the existing line, added street versions of the dirt bikes as well as the new and very tiny XU model. Yes, the new management team has veterans plucked from Triumph, KTM USA and the remnants of Buell. Yes, Zero just scored $26 million in additional financing. That’s a...

The most interesting thing about the 2011 Zero launch wasn’t the bikes. Yes, the company has beefed up the components, restyled the existing line, added street versions of the dirt bikes as well as the new and very tiny XU model. Yes, the new management team has veterans plucked from Triumph, KTM USA and the remnants of Buell. Yes, Zero just scored $26 million in additional financing. That’s all very nice. What’s really exciting is how the company plans to spend that money.

What you need to remember about Zero is that the company is still absolutely tiny, still in the process of becoming a fledgling motorcycle maker. It’s a privately-held company, so they don’t disclose current sales figures, but they’re likely in the middle hundreds. Perhaps even on the low end of that. Having said that, they’re already trying to change the way they do business.

The most obvious change at Zero is the sudden demand that you tell them everything you don’t like. Then they demand you tell them how they could fix it. I found that pervasive attitude incredibly refreshing in an industry that generally refuses to accept any of its products could be less than perfect.

Right now, they’re still in the midst of growing pains. Off the record, everyone I spoke to agreed the bikes are still lacking in the aesthetics department, that the first generation wasn’t ready for public consumption. They’ll also say the bikes are targeted to a new demographic that aren’t traditional bikers.

Being older, they scoffed at the notion that demographic could be late 20s to late 30s. I asked if that meant the bikes are targeted at a bunch of non-riders who are over 40 that are expected to take the plunge into riding a Zero just because it’s electric? “For heaven’s sake, no! It’s just that people in their 20s and 30s don’t have any money.” Oh really?

They stopped scoffing when I told them of the average management-level employee ages at Facebook, Google and Apple. All of which are headquartered within commuting distance from Zero’s facility in Santa Cruz.

Now, usually when you tell an OEM that they might be overlooking a viable market, they start speaking slowly with an air of the important lesson being imparted to a child. CEO Gene Banman, COO Karl Wharton and VP of Global Marketing Scot Harden all immediately followed with a rapid series of questions about what this untapped market wanted. “What are their spending habits? Are they interested in things like alternative transportation? How do they feel about motorcycles? Would they be interested in a Zero? What does the company need to do to make them want to purchase a Zero? What would they most likely not like about a Zero?”

Frankly, I wasn’t prepared for that level of engagement from industry veterans. I noticed others were caught off guard as well.

I told Wharton over dinner that I thought the Zero bikes reminded me of a Dell computer. He’d been fishing for opinions on the bikes from the moment we sat down. He wouldn’t let me get up until I’d explained why I felt the motorcycles reminded me of a device that does a job well but lacks aesthetic and, therefore, emotional engagement.

Then he demanded I tell him what I think could be done to remedy that. “Does that mean our bikes need to feel more retro? Does that mean wild designs like what’s out there now? Would you throw away the bike and start from scratch? Or are there small changes we could make to address most of the issues?” After Wharton was finished with me, he turned and started the same series of questions to the guy on his other side, who went a touch white and mildly panicked as if he’d been asked to identify a quadratic equation.

The next day over beers, I suggested to Harden that Zero needed a more attractive package to get us under-40 youngsters to buy. Someone else at the table made a snide remark about hipsters needing to keep up their image and Harden quipped, “None of us here married ugly wives.” Then he started laying on the questions.

Even with the $26 million infusion from their investment group lead by Invus, Zero knows they still have limits that are outside of the company’s control. Banman claims the batteries are currently capable of a seven-minute recharge with the proper connectors. The problem is the infrastructure that would allow for that kind of quick recharging. The power is already there, it just needs to be put through a proper conduit.

In the meantime, Zero says it is using the infusion to focus on building up a dealer network in the the US and Europe to move 1,000 models this year with a full line of accessories, improve quality control and flesh out the company’s infrastructure. There wasn’t talk of new models or new platforms in development, but everyone at the launch was definitely barraged with a whole lot of questions.

Zero is bursting at the seams with fresh cash, is highly focused on improving its products and actively engaging with user feedback to find a way to make its products relevant to a new customer. Know any other OEMs in this industry acting like that these days? Us neither.