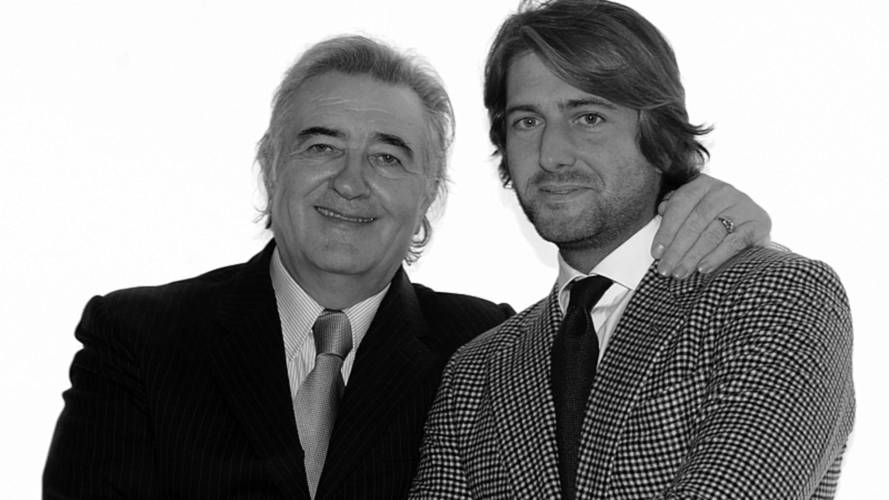 "In a few words he could only be defined as crazy, a volcano full of energy and infinite well of ideas."

Two weeks ago Claudio Castiglioni passed away after a long battle with illness. The man responsible for launching Cagiva motorcycles, reviving Ducati and bringing MV Agusta back to life, Claudio had an unassailable impact on the modern two-wheeled landscape, but was nevertheless controversial; all the above companies appeared to ride a financial roller coaster while he was at the helm. Now, his son, MV CEO Giovanni Castiglioni, speaks about his dad in this open letter. — Ed.

I am writing you this letter to personally thank you for the outpouring of affection that you have demonstrated both towards my father and our family.

All of you have come to know Claudio, but I believe that I knew him more intimately than anybody else as he was more than a father to me, he was also my best friend, business partner, reference point and the person whom I could call on at anytime, day or night, to share both good and bad news.

I would like to tell you a little bit about him. In a few words he could only be defined as crazy, a volcano full of energy and infinite well of ideas… courageous, tenacious and a risk taker. Sometimes he would even risk a little bit too much.

He was different than most other business men in that he never put a lot of importance on money or personal success. He was driven by his emotions and lived for his company and his motorcycles.

My father personally re-launched the Italian motorcycle industry in the last 25 years and he did so risking everything, working day and night, fighting against a complex system in an industrial sector that is continually more difficult, and going up against the colossal motorcycle manufacturers without fear. Rather, he continually challenged them thanks to the brands and historic models that he came up with and developed.

I am not going to list all of the things that would not be if not for him, we all know the impact he had. But, I would like to explain how the company developed during the periods starting from 2007, the year that Husqvarna was sold to the multinational BMW, and 2008 when MV and Cagiva were sold to the glorious Harley-Davidson. In this period, the company was in financial difficulty due to the large investments and lack of liquidity. But, this was not the crisis that made him lose his resolve. Reflecting on the situation, we thought that our Group needed a stronger partner that would help us guarantee the continuity, as happened with a large number of privately held, family-owned companies in various sectors.

And that’s what we did.

But, companies run by these colossal giants do not always improve…

Besides the fact of the difficult times, the day that Harley-Davidson decided to put MV Agusta up for sale, my father whom was already battling his illness said “We will never give up on MV and all of the people who work there, we need to save it at all costs”.

I said to my father, for the thousandth time, that this would be crazy. But, his craziness infected even me and we came up with a new plan for this great adventure. A challenge against everyone…

Today, my father is no longer with us, but he has left us a grand inheritance: the best brand in the world, a four-cylinder line-up from 920cc to 1090cc with two F4’s and three Brutale’s that are all new and the new F3 675 and Brutale 675 that will allow us to increase our volumes while entering in the middle weight class. But, above all, he set the path for our future. Two concepts for new models were formed by him during the fight against his illness and I will continue his work developing these new models together with our strong team.

Today, MV is a solid company with strong economic results that are very different from those in the past and we are a company that is without debt, something very rare in these challenging economic times. This is a unique historical period, the crisis and the difficulty in finding financial support for product development do not help,but we are full of resolve. With our clear plan and direction we are certain that we will grow stronger than ever.

I cannot be everything that my father was, nor could the Engineer Bordi, who is a key figure in our present and future success, be. None of us can replace my father, but one thing is certain: none of us are afraid of the future and we will never give up. We will continue to go forward as before, but with even more determination and resolve. We will tighten our belts and make whatever sacrifices will need to be made to bring MV the success that it deserves.

My father has taught me many things, the most important of which is that you need to be a man and never give up.

We have all the tools at our disposal to achieve a new level of success and to grow together in the future. I am confident that we have all of your continued support for this great challenge.