How the earthquake in Japan is impacting sidecar production in Russia 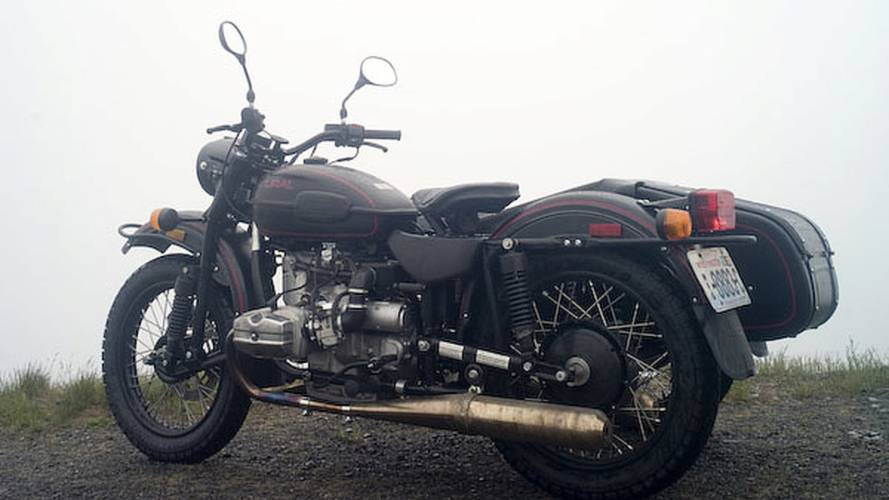 The thing about making motorcycles in 2011 is that manufacturing is now truly global. A significant disruption in a key component source country such as Japan can interrupt production across the globe. That remains true even if you’re making a throwback to a WWII copy of a BMW R37 sidecar in Russia. Ural’s Ilya Khait explains how they’re coping with a natural disaster half a world away. — ...

The thing about making motorcycles in 2011 is that manufacturing is now truly global. A significant disruption in a key component source country such as Japan can interrupt production across the globe. That remains true even if you’re making a throwback to a WWII copy of a BMW R37 sidecar in Russia. Ural’s Ilya Khait explains how they’re coping with a natural disaster half a world away. — Ed. Ural outsources components from over 60 suppliers in 13 countries, not counting Russia. Imported components make up almost 60 percent of the material costs of each motorcycle. Logistics are pretty weird and complicated because of the location of the factory. Irbit is 1,500 miles east of Moscow and 150 miles from the nearest international airport or major railway station.

Ural gets its name from the Ural Mountains, where Irbit is located. Talk about remote, the factory is closer to Kazakhstan than Moscow. We have two main flows of components. Parts from European suppliers are consolidated at our distribution center in Austria, then trucked all the way to Siberia, nearly 2,500 miles to the east. Components from Asian and North American suppliers are either shipped to the seaport of Vladivostok in Russia’s far east, then railed approximately 4,000 miles west to the factory, or sent directly to the factory by air. Completed motorcycles intended for the European market are trucked back to the distribution center in Austria. Bikes for North America are trucked tot he port of Bremhaven and shipped by ocean to New York. Normally, the factory has a stock of components for a bout a month of production, but sometimes we have more than that depending on the terms of the purchasing agreements and logistic costs. We outsource three components to Japan — vacuum operated petcocks (Taiyo Giken Kogyo), alternators (Denso) and carburetors (Keihin). It looks like Taiyo Giken and Denso were not directly affected by the disaster, as their main manufacturing facilities are located in the southern part of the country. But unfortunately, Keihin seems to have been hit pretty hard. Keihin's factory in Kakuda is close to both the Fukushima nuclear plants and the tsunami-ravaged city of Sendai. The Keihin facilities which manufacture motorcycle and automotive fuel control systems, including our carburetors, are located in and around Kakuda City, Miyagi prefecture. The city is located approximately 20 miles south of Sendai airport, five miles from the Pacific Ocean and 50 miles north of the Fukushima nuclear power plant. Although some of their small subcontractors were located along the coast and swept away, the main Keihin factory was not impacted by the tsunami. But the earthquake and subsequent power and water supply disruptions seriously damaged equipment and tooling. Additionally, several subcontractors’ facilities remain inaccessible. Fortunately, almost all Keihin employees survived the disaster, but quite a few did lose property to it. Keihin was able to partially restore power and water supply last friday, but are still assessing damage and haven’t provided any specifics as to when they’ll be able to resume normal operations. Most of the roads in this part of the country go up the coastline and have been affected by the tsunami, so the damaged to the transportation infrastructure is going to be a major issue. Fukushima is also a concern. Our current carburetor order was completed right before the disaster struck. Keihin was able to locate our parts early this week, but was unable to assist with delivery, so we had to organize a rescue operation ourselves. We now have a two to two-and-a-quarter month supply of Keihin carburetors. We started working on a backup plan in the first hours following the disaster. One look at a map was enough to realize that things might get pretty ugly. We came up with a temporary solution and continue working with one of our suppliers on a permanent fix, just in case Keihin won’t be able to restore production in the next three or four months. It’s also pretty clear that, even if Keihin is able to restart production soon, its first priority will be major customers like auto manufacturers. Large motorcycle companies will follow, small guys like us are a distant third. Overall, it’s pretty difficult to figure out how much this disaster has damaged the global motorcycle industry. Everything and everybody is so interconnected that affects could be both direct (like with Keihin) and indirect. Some of the European telescopic fork manufacturers use Japan-made precision steel tubes, for instance. Of course, and that’s just one example. Click here for all our Japan disaster coverage.
++Share