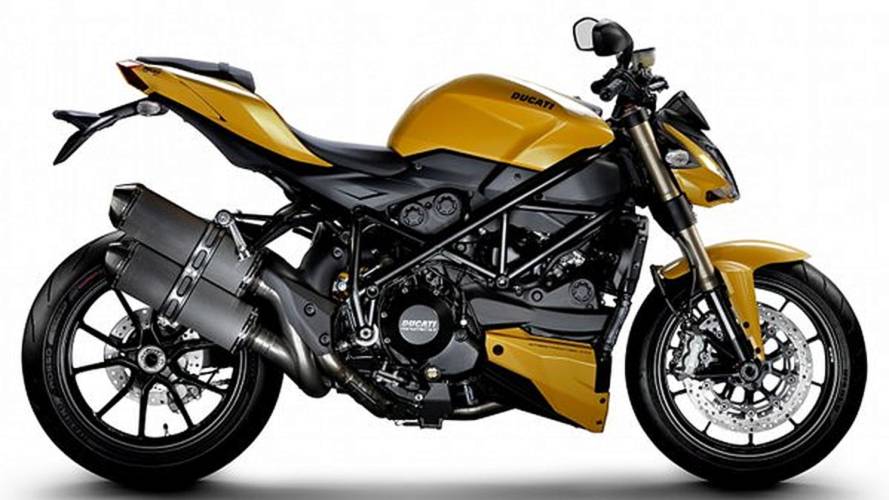 Update: The smaller Streetfighter has DTC

Rather than the 140bhp of the Ducati 848 Evo, this new 849cc Streetfighter makes 132bhp at 10,000rpm, nearly identical to the pre-Evo 848. But, rather than re-purposing that old motor, this new bike actually uses a version of the Testastretta 11° engine that debuted on the Ducati Multistrada 1200. Expect it to share that bike’s 15,000 mile valve inspection intervals and cheaper running costs.

And cheaper is the name of the 848 Streetfighter game. Rather than the Ducati Streetfighter 1098’s 43mm USD Showa forks and Brembo Monobloc brake calipers, this Streetfigher-lite uses the Ducati Monster 1100 Evo’s 43mm Marzocchis and non-Monobloc radial calipers. Presumably there’s other cost-cutting changes throughout.

But, while making the Streetfighter more financially accessible appears to be what’s happening here, there’s no word on price yet. The Ducati 848 Evo retails for $13,000 and the Ducati Monster 1100 Evo for $12,000, so somewhere in the middle would be a good guess.

Available in yellow, red or matte-black, the Streetfighter 848 succeeds in broadening the Ducati range into yet another obscure niche. It’ll likely be a great bike, just not much of a newsworthy one. You’ll need to be shopping for slightly more performance than a Monster at a slightly lower price point than the 848 Evo to appreciate it.