Kids of speed: riding through Fukushima 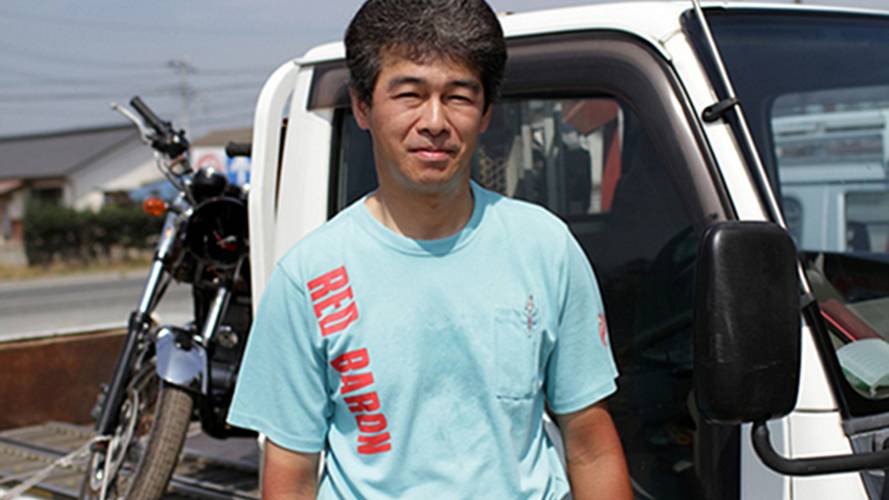 More than 6 months have passed since a massive tsunami tore across Northeast Japan leaving a wide swath of devastation. Houses and buildings are slowly being demolished and trucked away to be recycled or disposed of in monumental proportions. The residents are slowly picking up what is left of their lives and trying to rebuild some sort of new normality surrounded by the tatters of their former li...

More than 6 months have passed since a massive tsunami tore across Northeast Japan leaving a wide swath of devastation. Houses and buildings are slowly being demolished and trucked away to be recycled or disposed of in monumental proportions. The residents are slowly picking up what is left of their lives and trying to rebuild some sort of new normality surrounded by the tatters of their former livelihood.

Unsurprisingly, motorcycles have been an economical mode of transport for both riders and goods in the aftermath of the great tsunami. On a short visit to Sendai I talked about what role motorcycles have played in the past days and months with Hiroyuki Ito, a local  employee of one of the largest motorcycle chain stores in Japan.

Hiroyuki Ito (47) regularly collects motorcycles damaged or destroyed by the tsunami. His feelings on the disaster became apparent as tears gathered in his eyes while reflecting on the last few months.

In regard to bike sales Hiroyuki first pointed out  that post disaster sales went up for bikes and scooters under 125cc. Larger leisure bikes were less sought after than more practical smaller ones which could be driven with only a car licence (50cc and under).  “I do see more small bikes on the road now. They are more to get to work and around town.”

Initially very hard to find, gasoline was also scarce in the early months of the disaster. Motorcycles became an economical mode of transport.

Google Earth image of Arahama, Sendai before the tsunami.

Arahama, weeks after the tsunami.

The chain store he works for provides services such as de-registration and vehicle junking. A huge amount of bikes were caught in the tsunami and waterlogged leaving them useless, even for parts. On the day I met Hiroyuki, he had come to pick up a Kawasaki Estrella which had been submerged and rusted internally.  “Some bikes look fine, but when you open the oil drain there's seawater inside. It only takes a short time submerged in seawater to make it useless.”

He says things are changing now but still difficult. “I've slowly seen more people go out touring over the last 2 months for fun. I think that people have finally calmed down a little and have the space in their hearts to enjoy themselves.”

The downside is that there are still many who disaster victims who are just making ends meet.

“I don't think the people who lived near the ocean have that capacity (to ride for pleasure) yet, just the ones who are removed from the destruction and still have their houses and jobs. The ones who live near the shore are still fighting for survival, the man whose bike I just received has only just found a place to live. He probably won't be able to go out and ride a motorcycle for a long time.”

With his job, house, and family intact, Hiroyuki was left relatively unscathed by the tsunami. However he is still very much affected by what has happened to his fellow townspeople. In a choked voice he expressed his feeling of helplessness to right the situation. “I wish I could do more, but just being a bike store employee, there really isn't much that I can provide.”

The Great Disaster of Northern Japan has left a legacy of destruction that will take decades to clear and rebuild. With a death toll of over 16,000 and 4,600 still missing, the lost property and belongings are only a small sacrifice when compared to the human casualties. In the meantime, the rest of Japan is showing solidarity and support for the Tohoku residents. Buying  their produce and making visits to volunteer or just inject tourism money. One of the best ways to get there and enjoy the beautiful coastline has always been and continues to be on two wheels. The roads are clear so make it a part of your travel agenda to travel through Fukushima, Miyagi, or Iwate if you ever have the chance. You’ll be greeted with open arms and amazing hospitality.