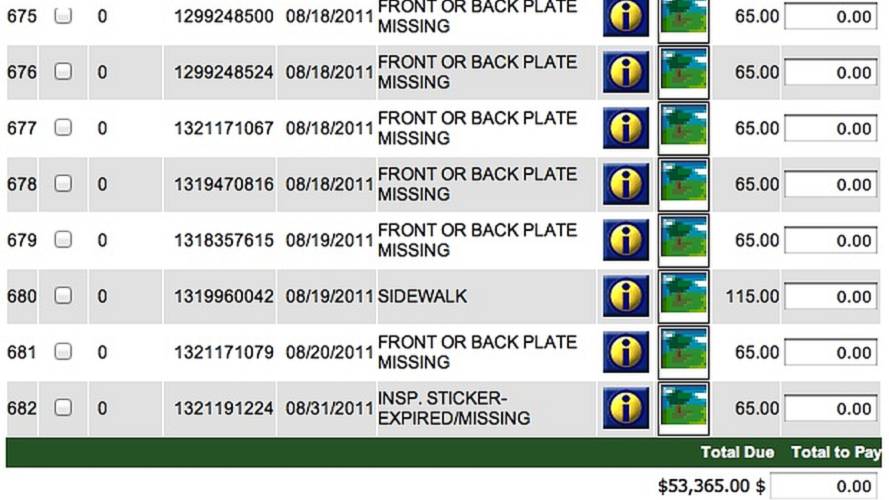 I Got $53,000 In Parking Tickets In Just Two YearsOpposite-side parking's a bitch in New York City, and any experienced street-rat is steeped in the...

Opposite-side parking's a bitch in New York City, and any experienced street-rat is steeped in the tactics and strategies of dodging the bright orange fuck-yous so plentiful during quota periods. There's the velcro license plate trick; the impenetrable, locking, teflon go-ahead-and-try-me bike covers that can't be lifted; and the pedestrian island seek-higher-ground approach, which exposes the owner to an entirely new and insidious range of infraction. Whatever the case, sometimes you just can't move the damn thing, and you have to roll the dice. But, you don't expect the inevitable tickets to add up to $53,000 in just two years.

I've been screwed every which way — two tickets in the same period, slapped with a citation just one minute post-deadline after showing up breathless, sweaty, and contrite, and I've even been delivered the foulest blow of all: The bastards lifted the cover off my bike during a monsoon, cheerfully (I'm imagining) deposited a $65 ticket, and then cast the cover aside to let all susceptible parts develop a fine coating of rust.

But this time, I'm really screwed. Not only did the parking cop lift the cover off the bike (honestly, they're allowed to — I can't gripe much about this), they went to the trouble of finding the VIN on my 1972 Honda CB 750, which had been awaiting a vintage plate, and writing me up that way. Touche. I pay my tickets, as much as I hate to take the medicine. So, when I logged onto the UI-challenged payment system, I figured I'd have no trouble digging up my record. And then this. $53,365 across 682 infractions ranging from in tickets ranging from April, 2009 to the present.

Clearly a glitch in the matrix, right? But what is this curious hit-list of savagery at the hands of our kind bureaucracy? Is it a living record of every plate-less VIN-based infraction? Is it more specific than that — every VIN that starts with a CB750, as does mine? Or does the system just suck? Stay tuned. I'll get to the bottom of this… In the meantime, your theories are welcome.