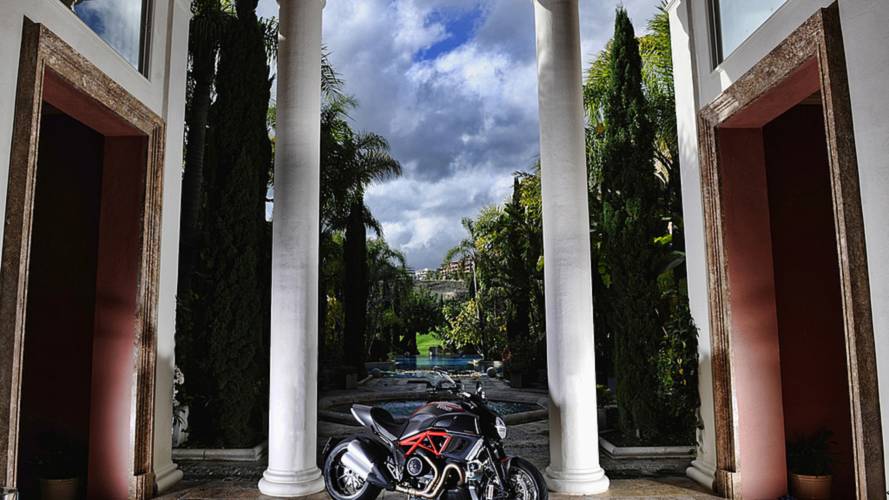 Why do we give manufacturers such a hard time for over-enthusiastically representing their successes? It has to do with a sickness we see in the motorcycle industry; a detachment from reality that leads to dishonest marketing, dishonest journalism and an inability to objectively evaluate problems, then act to fix them. If we, as a hobby/passion/industry/whatever can’t be honest with ourselves, t...

Why do we give manufacturers such a hard time for over-enthusiastically representing their successes? It has to do with a sickness we see in the motorcycle industry; a detachment from reality that leads to dishonest marketing, dishonest journalism and an inability to objectively evaluate problems, then act to fix them. If we, as a hobby/passion/industry/whatever can’t be honest with ourselves, then how are we going to identify what our current problems are and then work to fix them?

Last September we picked on Harley (unsurprisingly) for claiming it was creating new young adult riders when its number of them was actually shrinking, BMW for using percentages to overstate sales results and even the Motorcycle Industry Council for claiming a boost in motorcycle safety when really it was just a case of fewer new riders on the road. Now it’s Ducati’s turn. “68 percent retail sales growth.” ZOMG, really?! Hurry guys, let’s rush to reprint that!

Here’s the other reason we do this. All these overly enthusiastic press releases get published unedited and without context in publications over eager to fellate manufacturers so they can keep getting free meals and free bikes. Regurgitating press releases isn’t journalism. Come on people, our job is to provide the public with critical thinking, not repackaged marketing. We’re not asking for Woodward and Bernstein here, just some Journalism 101.

So what’s Ducati claiming? Oh, just a 68 percent retail sales increase in Q1 2011 over Q1 2010. The problem is, Ducati is a privately held company, so we can’t look at the actual numbers to back that up. Instead, let’s turn to bike designer, industry analyst and HFL contributor Michael Uhlarik for some context.

“Sales figures are not public, but certain things stand out in the press release,” Michael wrote us this morning. “For one thing, saying it has been ‘the third quarter of positive sales growth’ is meaningless. Of course it is, every year in every western nation sales bottom out heading towards December and slowly pick up from January on. If they didn't experience ‘positive growth’ in Q1 then they would be in deep trouble.”

“As far as impressive percentages go, it doesn’t take a very large sales volume to post figures like that when your global output is less than 40,000 units annually.”

“Let me explain. In Q1, everybody not selling commodity-priced motorcycles in Asia and elsewhere is looking at very small sales figures. At 40,000 units sold per year (globally), the mean sales figure is 3,333 motorcycles per-month across 12 months, so it is not an unreasonable assumption to say that, in January to March, a niche luxury brand like Ducati might sell 1,000 units a month (globally), with the spring and summer off-setting that figure with substantially greater sales.”

“North American sales are obviously less than global sales, but let’s work off that global number since it’s all that we have. 68 percent of 1,000 is 680 machines, multiply times three and that's 2,080 motorcycles in a quarter, not exactly Earth-shattering stuff given that the company just launched the Ducati Diavel amid great hype, so it stands to reason that most of this upshot will be deposits on those. Considering that any new product launch is the hottest time for sales of a given model and that the Diavel is a niche model with a reported 8,000 production units planned per year, 680 bikes per month equals about 8.5 percent of the total. Not an amazing figure by any stretch, it simply states that the Diavel is selling as predicted."

But that calculation is done using global numbers. It's our understanding — and this was unofficial and off the record — that Ducati North America's best sales year ever, 2007, only saw 10,000 motorcycle sales. Ducati's sales are likely much less now, given the industry's overall slump from 1.1 million sales in 2005 to less than 500,000 last year. Divide that peak figure by four and it's 2,500 sales per quarter, not accounting for winter. 68 percent of that is just 1,700 sales. That's using sales from four years ago, not now.

“It stands to reason that this rate of growth will trail off in Q2 and Q3 as the early adopters have all gotten their Diavels and growth again reflects the mainstream market and Ducati's existing market pool,” continues Michael. “Of course, all of this is making assumptions about volumes, because Ducati does not reveal them publicly, but the givens are total annual output and the assumptions are reasonable based on global market trends.”

All of a sudden, that 68 percent increase doesn’t sound so freakin’ exciting does it? The US is going to be the Diavel’s biggest market yet, at best, it only sold as-predicted during its much-publicized roll out. We’ve reached out to Ducati to confirm that the sales increase includes Diavel sales (deliveries began last month, dealers were taking deposits before then) and we’ll update this article when we hear back. Regardless, the conclusion stands. 68 percent might sounds exciting in a press release, it just doesn’t mean much in the real world where people like you and I live. The point here isn't that Ducati didn't sell 68 percent more motorcycles this year than they did last, it's that "68 percent" sounds and awful lot better than "a couple hundred bikes extra."

Update: Ducati says, "The retail sales mentioned are DMV registered units out on the road with customers. (In other words actual sales- no fluff. In the Diavel’s case only units sold the last week or so of March). All sales quarters were up in comparison to the same period the prior year, not consecutive quarters."