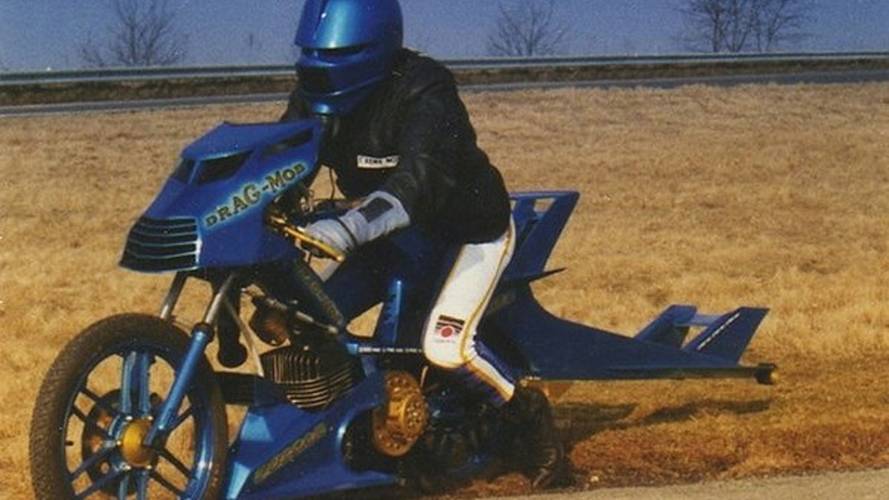 In order to comply with legal regulations which often allow them to be ridden without helmets and without even a license, most mopeds are less than 50cc and have a top speed limited to 30miles per hour. This jet-powered MBK has obviously had a few modifications. It exceeds that top speed by over 200 mph in a quarter-mile drag race.

Created by a mad Frenchman who raced under the Drag Mob pseudonym—he got his start tuning Mobylettes—and had some seriously fine taste in helmets, the jetped was the culmination of several decades of moped tuning.

Things then moved on to a jet turbine and even a moped powered by a methane-fueled Chevy small block. That bike was capable of 215mph.

As you can see, the jet-powered bike isn’t just extremely fast, it’s also extremely practical, coming equipped with a passenger seat. Carrying a passenger is another big moped no-no. The 230mph record was set in 2007 and we can’t find a record of any Drag Mob activities since then.

This video is allegedly of a test in which the machine was operating at less than 50 percent capacity. Under full power, it was apparently capable of pulling 10g of acceleration.

Damn, this guy had some nice helmets.

Thanks for the tip, Nikolaus.