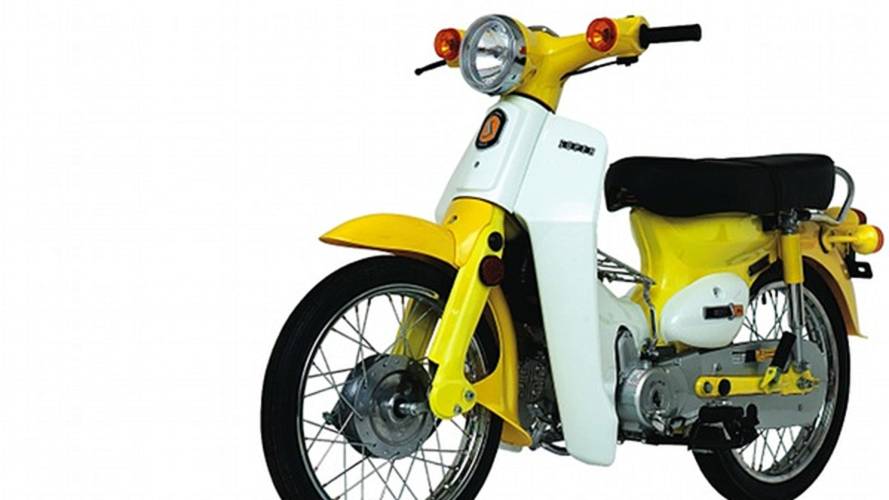 Say the word “China” and after thinking about cute pandas, MSG, and federal debt, most motorcyclists will likely think “shitty bikes.” But what if there was a way to capitalize on very low-cost production and still create a product that satisfied western two-wheeled sensibilities? That’s exactly what the Super Motor Company, a Dutch startup, is doing with these modernized Cubs.

“For years I had been searching for a new Honda Super Cub (even during the times I was working on Goodspeed),” says Dimitri Hettinga, one of two men behind the company. “I tried the Japan route first. But could not proceed because of type approval problems with a Japanese cub without EU type approval.”

“Then I tried to search for a factory that still had the production tooling for the Super Cub. After 2 years I finally found one and asked them to put a sample together according to our own specs  (aesthetically) to be able to test it, and we did. The result was devastating. It was shit. But happily, the factory was very anxious to make it work and took every problem seriously. So together with the factory, we developed a new product based on the frame of the Honda c90. The rest of the Cub is a mishmash of Honda c50, c70 and c90 parts ranging from 1968 to 1982. But we also developed a new handlebar/headlight assembly to meet the EU type approval standard.”

“We tried to destroy it by doing 80 laps on a go-kart track at full revs and shifting gears like it had a quickshifter. Crazy, but it survived. The engine never failed”

Now, the Super Motor Company is selling three versions of this updated Cub replica in Holland. They’re all semi-auto, three-speed, four-strokes that come in 50cc and 100cc capacities to satisfy various levels of local license tiers. The 100 can hit 62mph and return around 175mpg. They’re stylish, high-quality, high-value products that perfectly capitalize on a market niche.

“What they say about Chinese products (without intervention) is true,” says Dimitri. “It is crap. Though if you put some effort in a cooperation with them you can get to a quality product. It is a slow process. It took 10 months to develop a product that could meet EU quality standards and 2500 emails to and from the factory to get it done.”

Look at the neat product and the slick marketing and you don’t see China, but you do see a cheap price tag and a small company competing in a market traditionally reserved for big players. This is exactly how the fashion industry and most of the gadget world works. Westerners with soft skills like design, marketing and the ability to spot an opportunity turn to Eastern production bases for manufacturing. Those jeans you’re wearing? China. Your shoes? China. The iPad you’re reading this on? That’s made in China too. Why not the high-quality, appealing, mid-capacity motorcycle that today’s young riders need? Maybe we shouldn’t be looking to Honda to make that bike, with low-cost Chinese manufacturing and some classic American entrepreneurialism, maybe a startup could.

“It wasn’t smooth sailing,” warns Dimitri. “Our first shipment of cubs was a real pain. Because all the carbs of the 50cc models were faulty so we had to do a recall. And we had only just started then. Now, business is good.”