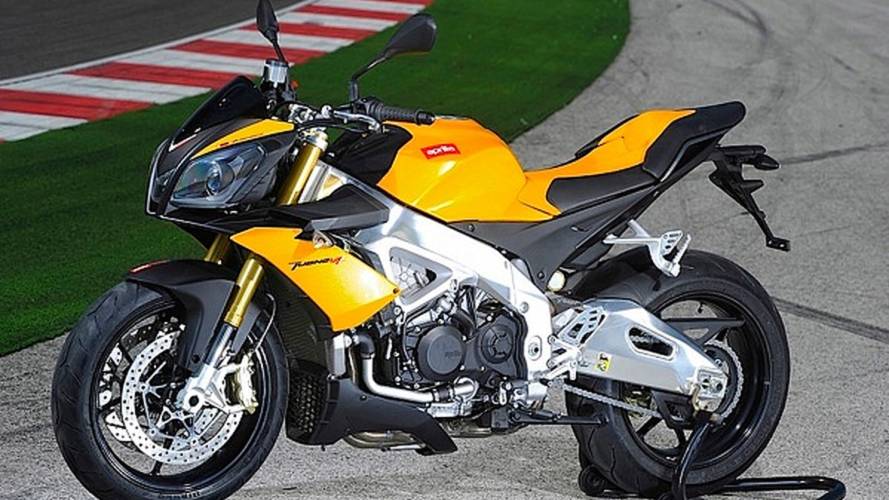 Chris Harris has been spilling some beans on Ferrari’s treatment of the cars it supplies – or refuses – to journalists for reviews, and it makes my mild reservations about the Aprilia Tuono V4R we were given to ride around the Valencia MotoGP circuit look desperately over-sensitive. Test cars with blatantly tuned engines, different set-up cars supplied depending on the tests being done, Ferr...

Chris Harris has been spilling some beans on Ferrari’s treatment of the cars it supplies – or refuses – to journalists for reviews, and it makes my mild reservations about the Aprilia Tuono V4R we were given to ride around the Valencia MotoGP circuit look desperately over-sensitive. Test cars with blatantly tuned engines, different set-up cars supplied depending on the tests being done, Ferrari technicians visiting circuits days in advance to make sure the cars are set up perfectly. So how did Aprilia modify the Tuono for the European press launch? And, more importantly, why?

Most of what Aprilia did an owner would do anyway, especially as they willingly supplied the information, if not exactly volunteering it. Yokes 4mm down the forks, a selection of preload and damping changes (I have all the details on my site if you want them). Then it gets a little grey, with an accessory steering damper bolted on and fuzzier again to see a 200/55 Pirelli Super Corsa gluing the back rim to the track. This is a homologated fitment, but it’s not the 190/55 Diablo II that comes in the crate. But you could do it yourself, and might if you’re into serious track days.

Would you though, for the sake of 5mm rear ride height, replace the rear shock on your new Tuono V4R with a shock from an RSV4R? They’re the same, says Aprilia, aside from the superbike’s ride height adjustment facility, and it helps the bike turn more sharply on the track.

A small step too far I think, but happily far, far short of what Ferrari is up to. Not counter-productive on the same scale either, but it does make you wonder why Aprilia felt all this was necessary. The bike is spectacular on the track (as it ought to be after this), but surely not so much better than a stock one that it’s worth rousing suspicions? It does indeed fall fast and crisply into turns, but the party trick traction control, which lets the most ordinary riders paint black parabolas on the asphalt, is unchanged and genius.

The motor is the RSV4’s with revised inlet cam timing and minor intake and exhaust changes which have ramped up the mid-range to shirt-ripping levels, and you only lose 13bhp. You retain a panoply of snarls, wails, whistles and bubbling purrs that send shivers up your spine, even as you wonder how the Italians get away with so much sheer volume – heard a Ducati Diavel yet? You soon will...

They do equipment levels in southern Europe too, the Tuono coming with quickshift, launch control and wheelie control, but the one to raise an eyebrow is the onboard computer’s fuel consumption reading. This is one thirsty motorcycle which will drink to the tune of 23mpg (US gallons) if you use the throttle as it should be. Even considered riding begets little reward, with 30mpg a struggle.

Oh but it’s a pleasure to be fleeced at the fuel pumps. On the roads the Tuono is muscular, stable but sharp, sonorous and seductive, even if it does look like a crashed R1. The riding position is far more spacious than the RSV4’s, thanks to an extended frame and high and wide bars, and even your legs aren’t cramped unduly.

The Tuono V4R is hewn from raw performance and marinated in soul, and if it wasn’t for its profligacy with gasoline, only the Diavel himself would vie for honours as top naked bike, and these two only overlap lightly anyway.

You can read more about the new Tuono at Ash on Bikes.