How riding a scooter can help national security 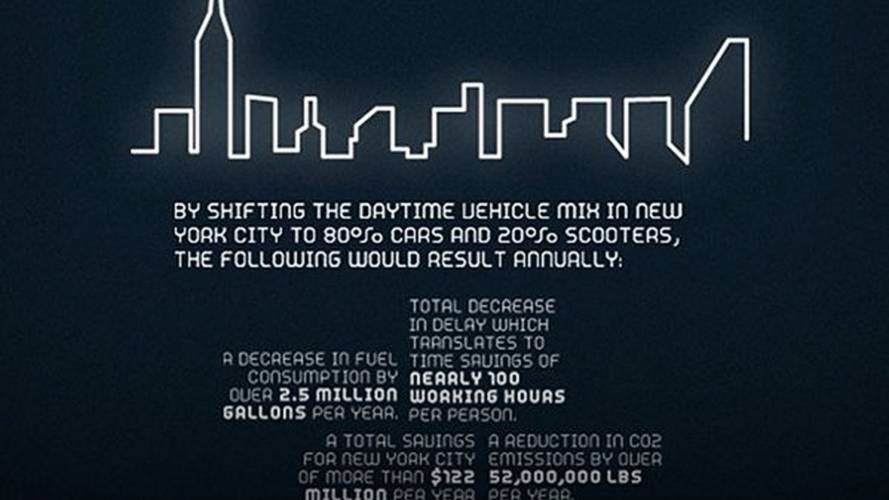 Scooters are effeminate, a bit silly and just not serious transportation, right? Well, what if riding one could decrease the risk of future wars and save you money? It’s estimated that if just 10 percent of American car drivers shifted just 33 percent of their miles onto scooters by 2020, national gasoline consumption would be reduced by 3.9 billion gallons per year. That’s 198 million fewer b...

Scooters are effeminate, a bit silly and just not serious transportation, right? Well, what if riding one could decrease the risk of future wars and save you money? It’s estimated that if just 10 percent of American car drivers shifted just 33 percent of their miles onto scooters by 2020, national gasoline consumption would be reduced by 3.9 billion gallons per year. That’s 198 million fewer barrels of oil we’ll need to import each year equalling a $21.4 billion saving.

The figures come from Vespa as part of a mature, powerful pro-scooter use message. Vespa doesn’t want you to get rid of your Hummer, they want you to shift a portion of your annual mileage onto two wheels and want to demonstrate to you the savings you could make personally and the savings we would make nation wide.

That’s the idea with the Venn diagram above. Transferring some of your miles onto a scooter will save you money. Figuring the fuel consumption difference between the average 75mpg Vespa an a 21mpg SUV (which is actually pretty good for an SUV), your average fuel consumption can improve to 48mpg, which is on-par with a Toyota Prius. Unlike that Prius, your Vespa won’t get stuck in traffic. Figuring 15,000 miles-per-year, doing 50 percent of your miles on two wheels will reduce your annual fuel consumption from 714 gallons to just 312. At $3.67 a gallon, that reduces your annual fuel expenditure from $2,620 to $1,145. You’ll also save money on tires and other consumables and save time spent in traffic.

The message is uniquely fitting for Americans who are reluctant to give up the ability to haul large numbers of screaming children or take extremely long road trips, no matter how infrequently they do either. Owning both a scooter and a car would give Joe and Sally Average the best of both worlds. They can retain the ability to wish they did things like extreme kayaking on the weekends while saving money on gas on weekdays.

Vespa is also keyed into the national consciousness in a more meaningful way than the average bike maker. Reducing national gasoline consumption by 3.9 billion gallons a year only represents a 2.8 percent decrease from current levels, but it’s a step in the right direction of a goal created by President Obama to reduce foreign oil imports by 1/3 by 2025. Making their products relevant to the discussions taking place on national news and at water coolers is extremely powerful marketing.

Making this campaign stand out even more in an industry which typically can’t fog a mirror with its advertising is a strong message about the need to pass pro-bike legislation in order to reap the benefits two-wheeled transportation can bring to our country. You can agree that reducing national oil consumption is a desirable goal, right? Well then you need to install some scooter parking to help make that happen.

As a whole, this is a strong brand message linking Vespa to the idea of a green, affordable transportation future and making the attainment of that transportation as painless as possible while presenting a message that’s positive for all motorcycles and scooters. If every motorcycle company could make their products relevant in such a powerful way, motorcycling would likely be taken far more seriously in this country.