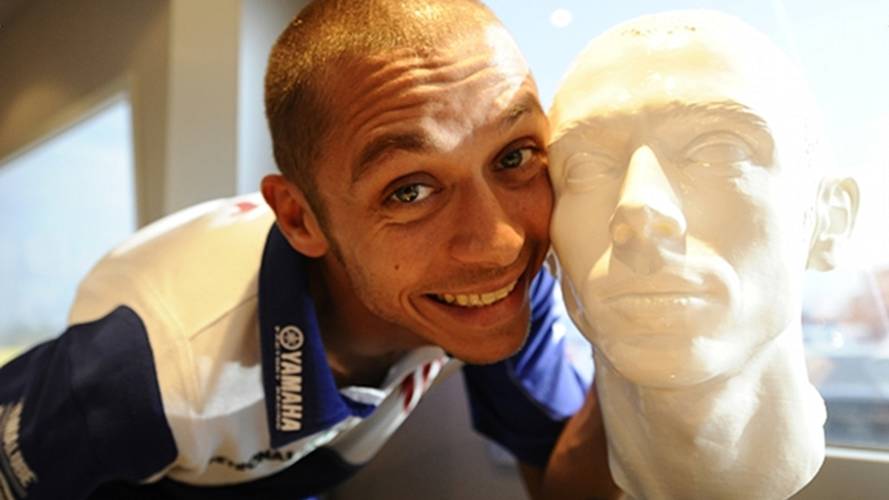 The Italians are upping the bar.

Considering we live in The Future, contemporary motorcycle helmet technology is depressingly outdated. It doesn’t matter if you’ve got an $800 price tag, flashy graphics, neato vents, a carbon/Kevlar weave or an anti-microbial interior, all helmets are essentially created equal; they’re all plastic bowls filled with styrofoam, a concept that’s been around since the 1950s. While AGV isn’t setting out, like Del Rosario, to re-invent the helmet, they are committing to applying basic technological knowledge to improving helmet design. They’re calling it AGV Standards and it is what it says on the tin.

One of the favorite anecdotes that we’ve stolen from someone else and now tell like it’s our own comes from the patron saint of helmet safety, Dexter Ford. After dismantling, smashing, testing and pouring over nearly every helmet on the market for his seminal Blowing the Lid Off article, Dexter realized that helmet makers were using the same density styrofoam for adult heads as they were for children’s. When he approached Snell to ask them why, he was told that they didn’t have any scientific evidence that children’s heads were lighter than those of adults. Done smacking your own head with disbelief? That was just five or so years ago, not back in the dark ages.

Sure, helmets are now tested in wind tunnels by men in white lab coats, but aside from aerodynamics, there’s really not much science applied to helmet design. You pay a premium for a lighter, fancier shell or a whizz-bang visor mechanism, not for some fundamentally superior design. Want better safety? Researching the various standards and buying helmets made to the one that best suits you reaps larger rewards than simply writing larger checks.

So what’s AGV doing that’s so earth shattering they bring out Valentino Rossi to promote it? They’re developing a database of head measurements and will use that data to design helmets around digital heads. Doing so won’t just allow them to make advances in comfort, but they’ll be able to conduct exhaustive computer crash modeling, hopefully improving safety through that research too. There’s also some malarky about not polluting so much by putting some better controls on their paint process.

These two videos demonstrate computer modeled crash testing. Helmets will, of course, still be subject to physical testing, but computerized tests help inform design processes and give the designers a larger data set to work from. AGV uses its own goalposts as well as official standards like ECE 22.05 and Snell M2010.

And no, before you ask, you don’t get measured with a laser and built a bespoke helmet like the goofy Italian in the top photo, but you will hopefully get a better fitting, more comfortable, safer helmet as a result of sticking a bunch of head measurements into a computer model.

These are the standards that AGV has decided to apply to itself:

Not exactly a revolution, but in a market that often confuses talk of hand-production in Japan and sponsoring racers with progress, this is a significant step in the direction of the 21st century, even if it is a small one.