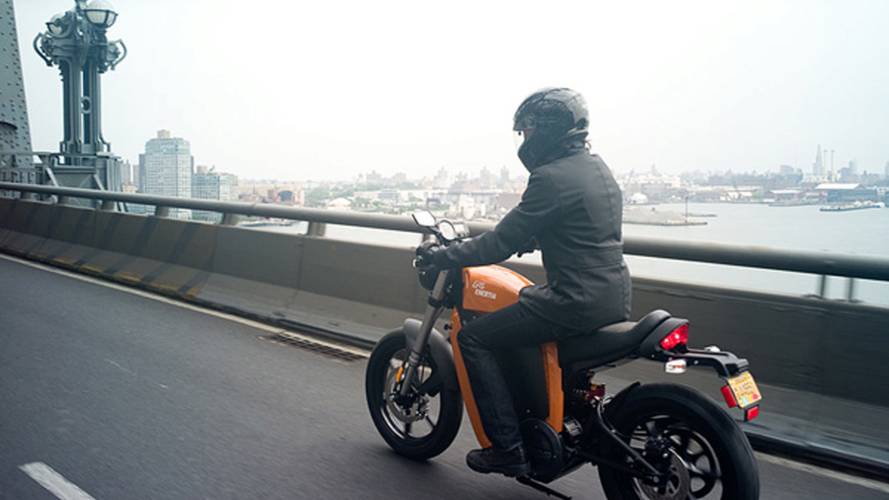 The car world is abuzz with controversy. In the run up to going on-sale next month, the plug-in hybrid Chevy Volt is being evaluated by the press and heaped with various plaudits and awards. Right-wing pundits who haven’t even driven the Volt are also weighing in, criticizing both the government for partially funding the vehicle’s development and the publications for reviewing it positively. M...

The car world is abuzz with controversy. In the run up to going on-sale next month, the plug-in hybrid Chevy Volt is being evaluated by the press and heaped with various plaudits and awards. Right-wing pundits who haven’t even driven the Volt are also weighing in, criticizing both the government for partially funding the vehicle’s development and the publications for reviewing it positively. Most famously, Rush Limbaugh last week suggested that Motor Trend lost all credibility by naming the volt “car of the year.” The thing is, motorcycles render both sides of the argument utterly moot, even the fastest bike in the world is more fuel efficient.

The car the controversy is about is a plug-in hybrid with a 16kWh lithium-ion battery pack and a 1.4-liter gasoline engine. With a fully-charged battery, Popular Mechanics measured an average range on electricity alone of 33 miles. There’s no EPA fuel economy numbers yet, but doing some simple math, Autoblog calculates an average fuel economy on the gasoline engine alone of 33mpg. Jalopnik’s Justin Hyde tells us the Volt’s top speed is limited to 100mph and Motor Trend measured an 8.7-second 0-60 time. General Motors, which owns Chevy, likes to emphasize that the majority of vehicular journeys are under 40 miles, suggesting that there’s a strong possibility that future Volt owners will be able to do most of their driving with assistance from the battery, if not on battery power alone. Of course, saving money on fuel will cost you. The Volt will retail for $41,000 when it goes on sale in California, Texas, Michigan, New York, New Jersey, Connecticut and Washington DC later this year, but (this is the part Rush Limbaugh likes to emphasize) buyers will qualify for a $7,500 federal tax credit thanks to a program that President Bush implemented (Limbaugh conveniently ignores this) during his faultless presidency. State tax credits are also available, but not in the all-important state of California, where the vehicle has also been denied access to HOV lanes.

But here’s the thing, even without tax credits (which is good, because there aren’t any), for over$27,000 less than the Volt, you could drive away on a vehicle that can approach or, under some conditions, even exceed 200mph and will hit 60mph in under three seconds. If you stick to legal speeds, that same vehicle will even return superior fuel economy. 41.26mpg in fact. That super cheap, super fast, super fuel efficient vehicle I’m talking about? The BMW S1000RR, the current king of the superbike hill.

Of course, that 33mpg figure for the Volt doesn’t include any electric assistance. Justin Hyde, who’s reviewed the Volt already, tells us that GM is hoping to get an official combined fuel economy figure (that will include some electric assistance) somewhere in the mid to high 30s when the EPA finally gets its bureaucratic paws on the car later this year. Still less than that BMW superbike, but closer. Of course, you don’t need to drive a 193bhp cruise missile to out-perform the Volt, what about a lowly Kawasaki Ninja 250? It’s said to reach a top speed of 110mph and can accelerate to 60mph in less than six seconds, comfortably leaving the Chevy in its dust. It returns 61mpg (combined) according to the EPA.

“But wait!” We hear Rush Limbaugh holler through an oxycontin-induced haze, “neither of those bikes are made in America.” Well, the Buell XB12R was. Hell, it’s even powered by a Harley motor, the only thing more red, white and blue than that is getting unduly upset about healthcare reform. That American-made sportsbike, still widely available with no or low miles for even lower prices, managed to nearly double the Volt’s fuel economy on the highway with a 65mpg EPA figure. Around town? A measly 48mpg. It even manages to put out more power than the Volt’s 1.4-liter four-cylinder with an ancient 1,200cc air-cooled v-twin. While the Volt only manages 84bhp, the Buell puts out 103.

More rational humans will likely see a pro-Volt argument of another kind. As a four-door, four-seat automobile equipped with a trunk, it’s capable of carrying four homo sapiens at a time, plus their baggage. 33mpg four-up is better than 65mpg solo, right? Well, there’s two rebuttals to this argument.

One, the US Department of Energy estimates that the average occupancy rate of passenger cars is just 1.59 persons. While cars can carry more people than a bike, they often don’t.

“But, all these examples burn gasoline, emit hydrocarbons and kill polar bears!” Mumbles the tree-hugger through a mouthful of granola. That’s OK, bikes do all-electric motivation better than cars too. The Brammo Empulse 10.0 that will go on sale next year is equipped with a 10.0kWh lithium-ion battery pack and will retail for just $13,995 before tax breaks. While the Volt consumes 16kWh to travel just 33 miles, the Empulse’s official average range is 100 miles, a figure that includes 50 percent highway, 50 percent urban riding. Doing some rough math, we can see that the Volt achieves only 2.06 miles-per-kilowatt, a figure which the Empulse exceeds by five times with 10 miles-per-kilowatt. That Empulse will also outperform the Volt. Brammo hasn’t released an official top speed yet, only saying that it will exceed 100mph, but we can see that the 55bhp, 59lb/ft electric motor gives the electric motorcycle a power-to-weight ratio just under that of a Suzuki SV650 and a torque-to-weight ratio in excess of the 50mpg v-twin. Unlike the Volt, the Empulse will also be able to use California HOV lanes and even qualifies for a significant tax break in the state.

Of course, all motorcycles have one major environmental advantage that car people are utterly unable to refute. Where all four-wheelers contribute to road congestion, no matter how socialist we call them, two-wheelers do not. Every single additional car on the road, whether it be a plug-in hybrid or a giant SUV, incrementally increases the total amount of oil we consume as a nation by making traffic incrementally worse. Add up the 10,000 or so Volts GM hopes to sell in the first year and you could have one hell of a traffic jam. One that, like all others, motorcycles could quickly, easily and safely pass through while achieving excellent fuel economy. As I wrote for Newsweek, even a Toyota Prius achieves 0mpg when it’s sitting still. That applies to the Volt too. If it’s sitting still in traffic and is switched on, it will be consuming some energy, even if that’s just to power the on-board clock and brake lights. That’s energy that will have to be replaced by an external source, be it gasoline or electricity, and it’s energy that’s being needlessly wasted.

But here’s the thing that makes motorcycles really special. That S1000RR, the XB12R or even the Ninja 250 don’t force you to achieve good fuel economy by only offering laggardly performance (go ahead, try and achieve less than 30mpg in a Volt, we dare you), they can achieve truly awful fuel economy and truly stupendous performance with a mere twist of your right wrist. My dictionary defines freedom as, “the power to act, speak or think as one wants, without hindrance or restraint.” And that’s what motorcycles offer that cars like the Volt don’t, the freedom to choose if you want to save money on fuel or ride fast, the freedom to explore the limits of your own wisdom and skill, the freedom to hurt yourself if you get something wrong and the freedom to get where you’re going without sitting in traffic. I think we can all agree that freedom is good.