A Rebuttal to Frederick Seidel 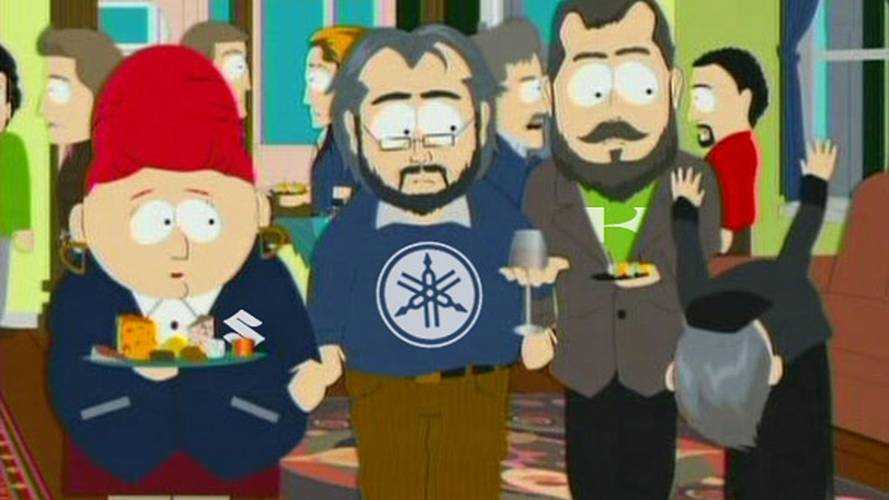 On November 5, Mr. Frederick Seidel, respected poet and writer asked the question “Is the iPhone Replacing the Motorcycle?" and expressed his view about the decline of the motorcycle as an object of desire among the youth of today's America. His piece in the New York Times, with the thought-provoking title “Is the Era of the Motorcycle Over?” aroused curiosity among the industry elite. As a ...

On November 5, Mr. Frederick Seidel, respected poet and writer asked the question “Is the iPhone Replacing the Motorcycle?" and expressed his view about the decline of the motorcycle as an object of desire among the youth of today's America. His piece in the New York Times, with the thought-provoking title “Is the Era of the Motorcycle Over?” aroused curiosity among the industry elite. As a motorcycle design and product planning consultant, I was excited by the notion that a prize-winning author and self-proclaimed motorcycle enthusiast was using his prose to advance a contemporary view on the state of an industry in malaise. It was with great disappointment then, that reading the article revealed yet another myopic love letter to a fabricated vision of motorcycling in the imagined days of yore.

Aside from the absurd comparison between a $500 electronic device and a motor vehicle costing, at minimum, ten times that amount, is the equally absurd idea that at some point, sales of $22,000 exotic motorcycles like the Ducati he cites were ever a representation of young American's purchasing habits. Suggesting that tumbling sales of luxury motorcycles is indicative of a youth culture no longer interested in the physically active pleasures of motorcycling is akin to saying that the declining subscriptions to elitist magazines like The Atlantic and Harpers signals a national decline in reading. It is also insulting to an entire generation who clearly don't share the same values.

Unlike the passions of older generations, which tended to focus their resources on one or two pursuits, today's youth maintain many pastimes, participate in multiple sports, and have far less financial means to divide among them. Motorcycling in this country has been perverted over the past 25 years by the singularity of Baby Boomer vision to mean only one thing: luxury. The same said Boomers all began motorcycling when bikes were cheap and cheerful, unintimidating transportation, but then turned it into a social-status driven lifestyle accoutrement for the rich. If we are to lament the lack of young people enjoying the open road on any motorcycle, as Mr. Seidel says, then fingers must be pointed to the astronomical costs of owning and operating toys like his beloved Ducati, and the declining incomes of the twenty-somethings who may dream of riding them.

Combining completely inaccurate market history, strictly anecdotal evidence, and a point of view doused heavily in nostalgia and single brand mythology, Mr. Seidel constructs a theory that supposes his world view was once a national reality. To think that a “...boy’s world would have fallen to its knees before a new Ducati design” in this country demonstrates at best a laughable gullibility to the powers of Ducati marketing suggestion, or at worst an exaggerated projection of personal brand tribalism beyond all reason. To most American boys dreaming of motorcycling, that vision was, is, and will likely continue to be motocross, and the object of their desire a Japanese 450cc off-roader covered in energy drink stickers. As recently as the mid 1990's, no one outside of a tiny number of European motorcycle fans even knew what a Ducati was. And they were most certainly not children at the time.

As with any opinion, the tone and content of Mr. Seidel's argument is entirely personal, but what it reveals, instead of a provoking thesis on the divergent thinking among the generations, is a complete ignorance of the subject matter discussed. Combined with the condescending, rose tinted view that individuals of a certain class and age use for authority, it propagates the underlying attitudes that have nearly destroyed the motorcycle industry in the United States and Canada. Manufacturers, once fat from the fleecing of the upper classes, today have product line ups that no longer offer anything reasonable and desirable to the beginner, in addition to having completely forgotten what it means to advertise to or lure young aspiring motorcyclists into the biker fold. Lest there be any doubt, this is a problem unique to our continent, as world motorcycle production has been climbing strongly every year for over a decade, even during the global financial crisis. These sales have been led, at least partially, by sport bikes. From Mumbai, Jakarta and Sao Paolo to the trendy streets of Shibuya and bustling suburbs of Barcelona, young men of low to middle incomes dream of and purchase small capacity sport motorcycles in the tens of millions. Like the Baby Boomers when they were young, these youths find new small sport bikes appealing because they offer the freedom and style, dignity and glamour that make them aspirational in the same way Apple digital tools do. It is a beautiful, blooming, emotionally and economically fulfilling reality. Just not here. Here in America, a generation turned its back on youth motorcycling for almost twenty years, using all the resources and imagined mythology at its disposal to convince us that motorcycling meant polishing a cruiser costing more than a mid-sized car, and using it 6 or 7 times a summer.

Reading opinions such as those expressed in the article in question, particularly in sources as respected as the New York Times, only deepens the malaise among those who actually work in this industry and are trying, against the tide, to re-introduce to America what motorcycling is all about- visceral, interactive and attainable outdoor fun for anyone.

I am one of those people. I believe that along with transforming the technology of the motorcycle itself to fit the realities of our modern world, the more-than-century-old basic animal appeal of the motorcycle itself will continue to inspire, so long as we make it accessible again. Young people's hearts are indeed still a flutter at the sight of new motorcycles. Just not here, Mr. Seidel. And not for your Ducati.