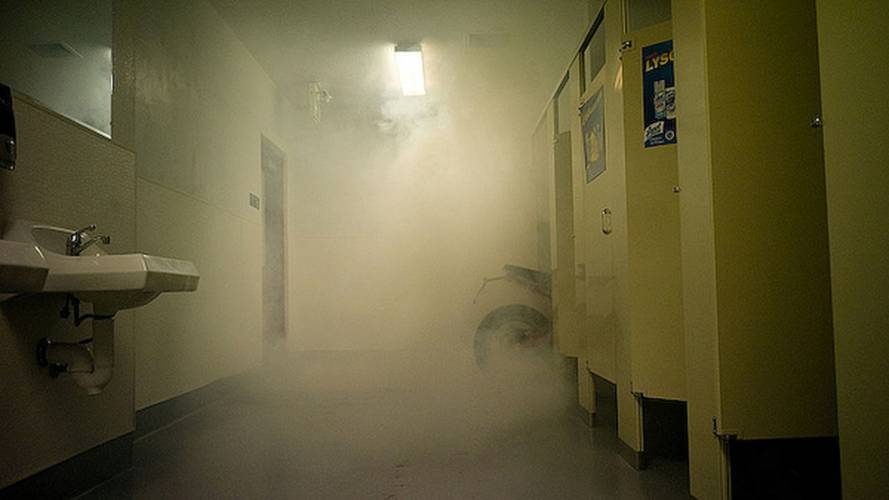 Following the theme of our favorites of 2010, Hell For Leather also had the opportunity to capture some pretty amazing moments with my trusty rangefinders. The following ten photographs, in no particular order, aren't giant panoramas of remote and rugged landscapes and definitely not shots of the ubiquitous "dude dragging knee on random road/track." Instead, I'd like to think of each snap as a doc...

Following the theme of our favorites of 2010, Hell For Leather also had the opportunity to capture some pretty amazing moments with my trusty rangefinders. The following ten photographs, in no particular order, aren't giant panoramas of remote and rugged landscapes and definitely not shots of the ubiquitous "dude dragging knee on random road/track." Instead, I'd like to think of each snap as a document of contemporary motorcycle culture. At least, as I was able to see it.

Wes may not remember, but, after a bunch of us split two handles of Jack Daniels and God knows how many cheap cans of beer, then raced around Infineon in the dark on a golf cart, he thought it would be a great idea to do a photo-shoot of a burnout on one of the electric bikes. A donor supermoto was quickly offered by Native Cycles, but after I protested that there wasn't enough light outside, Wes waved his hands and exclaimed, "Guys, guys! It's okay because we can just shoot it in this bathroom building right next to us!"

Naturally, we all thought that was a splendid resolution to our predicament, having completely forgotten the security guards were still in a truck 150 yards away that we passed  in the golf cart just a few moments ago.

The Trophies of 6th Street Specials

Remember that look you got from the older cool kid in school who knew he was tempting you to a whole new world of sex, drugs and booze? That's the look Hugh from 6th Street Specials has given me every time he talks about dirt-track racing. His shop window stuffed with trophies is right by the unassuming door to the street, and the light just so happens to make the plastic bikers glow perfectly in the sunlight. Those little guys are the shop's idols to a holy life of dirty racing.

Brooklyn hipsters on LSD wearing designer kevlar skinny jeans made in the USA, riding mini-ratbikes the wrong way down a one-way street and into giant flame balls in the middle of the night. Suck it, sunny California.

I was in the area to cover an Alpinestars event when Chris Hull said he knew of a righteous shop that had just moved to a spot not too far from Astars headquarters. As far as awesome goes, Garage Company is to SoCal as Spannerland is to us New Yorkers. There were actually a few shots from Garage Company that I wanted to include in this list, but the sheer scale of Yoshi's ode to the helmet couldn't be ignored. To my understanding, just about everything in the shop is for sale or trade, but only if Yoshi thinks you're the right person. If you're not running around giggling and pointing like a kid in one of the greatest candy stores on earth, you're probably not worthy.

12:30 on a week night in an abandoned industrial wharf on the north edge of Brooklyn, the Empire State building off in the background. Skank and One Arm Bandit brought their bikes plus their buddy in a black mini-van to carry all the racing gear. We could see the constant lightning of a massive thunderstorm move over Manhattan and the East River towards us, but the NYC Fastest guys were up for anything to help me as I raced to get the perfect shot. This was the last snap I took while we all got torrentially drenched. The whole shoot lasted less than 15 minutes before we headed to my favorite dive bar a few blocks away.

The 4Q shop is somewhere in Oakland in an area that is supposedly worse than it looks, not too far from the edge of Berkeley. This vintage poster with a shop rag hanging over the corner in Max's garage was tacked up to the base of a workbench piled with parts and other flea-market finds. I know this image sums up everything quickly becoming despised in the backlash against the current wave of period-correct me-too chopper culture. That said, an old sporty, not too much fussy chrome, grease rags and hand-painted titties are pretty close to Max's idea of Nirvana.

The weather was miserably hot and muggy. Neither of us had any expectations about this bike by Hammarhead other than it looked cool. Hammarhead's creator James, Wes and I took the Jack Pine to an abandoned wasteland outside Philly, and Wes had to take breaks to keep from overheating while I was shooting. We both ended up falling in love with the bike. Even better was how eager James was for us to go blasting through untested mud holes the size of small ponds.

Frank Giannini was chain-smoking and cursing like a sailor while he worked out engine details for a money-is-no-object CB350 racing project with Alex Kravchuk and Clark Sopper. This unfinished Aermacchi 250RR was just to the right of the basement doors after you descended the steps, on the other side of an ex-works Ducati Imola racer. The 250RR had only the barest of essentials for a racing machine, surrounded by piles of parts in waiting. All of it crammed into this crazy labyrinthine basement of a mansion on an unassuming street of a gas-lit neighborhood in the suburbs of New Jersey. East Coast gumption at its finest.

I found out about this Brooklyn block party because some pretentious hipster biker blogged about it and made fun of them. Personally, I thought it was one of the coolest proper old-school New York happenings I've ever seen. This Redrum MC biker had others in the same Redrum MC vest following him around like puppies. I think they all thought he had crazy shaman powers because he had a jet-black braided ponytail that went down his back, Native American tattoos all over his huge arms and a vintage Lorenzo Lamas go-fuck-yourself chiseled stare. I kept my distance and patiently waited for the shot, then caught him blasting off on his proudly Native American themed black and purple ape-hanger chopper with his Asian gal on the pillion, chromed out sportbikes in the background and a bunch dudes with helmets on their heads like baseball caps.

Because nothing says "Adventure" like the confused, bitchy stare of a dirty biker with puffy red eyes, black fly scars and the crusty remains of a still-unwashed slobber streak on his filthy unshaved chin.