The factory in Siberia where Urals are made 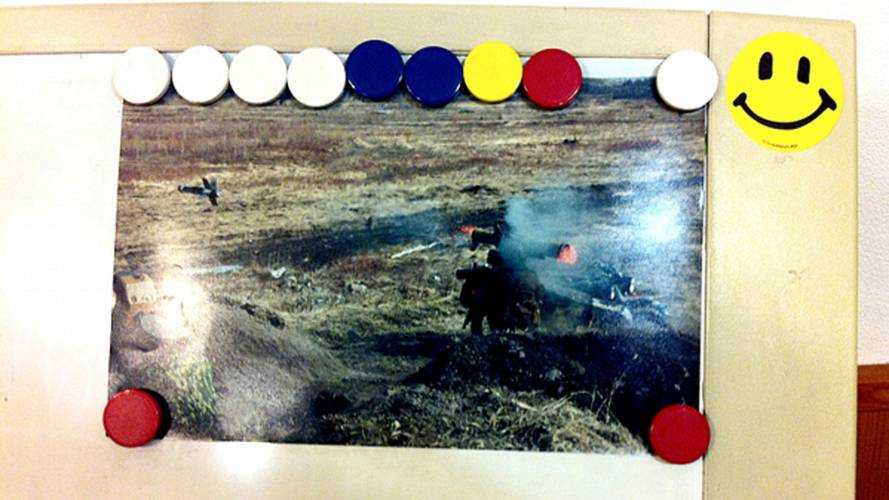 The factory in Siberia where Urals are madeIt’s actually a misnomer to call the Irbit Motorcycle Factory a motorcycle factory at all. Don’t get me...

It’s actually a misnomer to call the Irbit Motorcycle Factory a motorcycle factory at all. Don’t get me wrong, it definitely makes bikes, it’s just that it makes bolts, pins, spokes, rims and nearly all the other parts that go into the Ural motorcycles and sidecars too. And it does so using some of the most archaic, gigantic machinery you’ve ever seen. This gatling gun of doom? That’s actually one of six machines involved in the process of milling a small amount of material off each cast iron cylinder sleeve. Something it does with laborious slowness.

Pull open the heavy, foot-thick steel door that insulates the work space from Siberia’s sub-zero winter temperatures and you’re greeted by an overpowering odor of grease and ozone. You’ll swear you can see and feel the oily air as it pumps in and out of your lungs.

The other immediate impression is one of emptiness. Not in terms of space — the one building that remains in use is densely packed with over 800 machines, so tight you can barely walk through it — but in terms of people. There’s no one in sight. The factory employs about 150 people, down from a Soviet-era peak of over 10,000.

Walking the floor with Ilya, the company’s owner, we have to put in an effort to seek out his employees. Of course, it might just be because they avoid him. Implementing the changes necessary to turn a factory intended to work in a planned economy half a century or more ago into a modern production facility has been a painful process for everyone.

To understand how the factory ended up like it is today, you need to understand something of the story behind Ural itself. The original Ural, the M72 wasn’t actually the direct copy of a BMW R71 that everyone thinks it is. The exact sequence of events has been lost to history, but Ilya’s research shows that Soviet engineers seem to have started with that R71 as inspiration, designing their own vehicle to meet a different set of needs. The R71 was never intended to be or used as a military vehicle (German military sidecars were based on a later design), so the Russkies had to build something much beefier and more suited to the demanding life of a military vehicle.

Smiley face, rocket launcher. Somewhat ominously, my name was written on the white board next to this picture.

Designing in the relative vacuum of a massive-but-isolated economy, the Ural’s original engineers weren’t limited by things like standardized components or the realities of economical production. When the vehicles went on sale to Soviet civilians after WWII, they did so at a set price that had more to do with facilitating political visions than it did with making a profit. The factory’s workforce, at the time, was more of an employment project than it was an efficient use of resources.

The legacy of those conditions was still pervasive when Ilya ended up acquiring the company in 2000. Over a thousand workers were employed in a factory that now only made a handful of sidecars a year, filling contracts for clients like the Iraqi and Egyptian militaries. It didn’t help that the Egyptians paid in bullion cubes. The kind used to make soup. Production was massively inefficient, hugely expensive and produced products that were way behind the quality and reliability standards of of post-Cold War western economies.

These wheel weights are made here at the factory to a unique spec. The cost? About 12 cents a piece. If they could simply order them from a supplier, they'd be around 5 cents.

Having been spec’d by Soviet engineers with carte blanch authorization and in a manner described by Ilya as “fanciful,” components like spokes were made to a unique diameter that massively complicated production and ruled out the kind of outsourcing or simple ordering that other motorcycle factories around the world rely on to keep costs down. Today, those spokes are still kicked out by an ancient machine the size of a house before being hand-threaded by an old man wearing delicate reading glasses. Just in time? He just makes a box full, waits until they’re nearly gone, and makes some more.

Those spokes necessitate unique hubs, rims and even balance weights, all of which have to be produced in the same factory. That ridiculous over-complication is seen in nearly every component. 60 of these gigantic machines make up the production process for the crank cases, which are forged by a now separately owned foundry located within the old factory grounds. In a nod to modern quality, llya has the foundry specially use aluminum ingots in place of the old car bodies and other scrap they melt down to make parts for other clients.

Rim production starts with a spool of raw aluminum.

That ribbon of metal is then rolled into shape and cut to size before being looped into something recognizable as a rim.

In the final step before assembly, the spoke holes are filed by hand.

That specialization is symptomatic in the factory workers too. Back when communism was paying the bills, an individual worker specialized in a specific process on a specific machine, learning it intimately. Great if you’re trying to create jobs, not so much if you’re trying to operate a profitable company in 2011. Production processes were so out of date that the first thing a Canadian efficiency expert who visited just before me did was install compressed air lines to each work station, enabling the workers to quickly clear metal filings and other detritus from machines while they’re still in use instead of waiting for them to finish a part, then sweeping them out by hand. A move that was apparently met with much skepticism and resistance.

Factory manager Vladimir in his office. He's worked at IMZ-Ural for 39 years, beginning as a factory test rider. Telling stories of weeks-long trips around Asia developing new products, you can almost see a tear in his eye.

Despite these difficulties, still present after over a decade’s modernization, Ilya has no plans to try and relocate the factory to a more accessible location or farm out production wholly to suppliers. Why? “We owe a moral debt to these people,” he explains. It’s this factory and these workers that make Urals unique motorcycles, something that’s not going to change as he slowly drags the company into the 21st century.

We'll be rolling out feature content from Siberia throughout this week. Follow our Siberia tag page to find it all and don't miss my story about riding Ural sidecars there, my first time back on one since that accident.