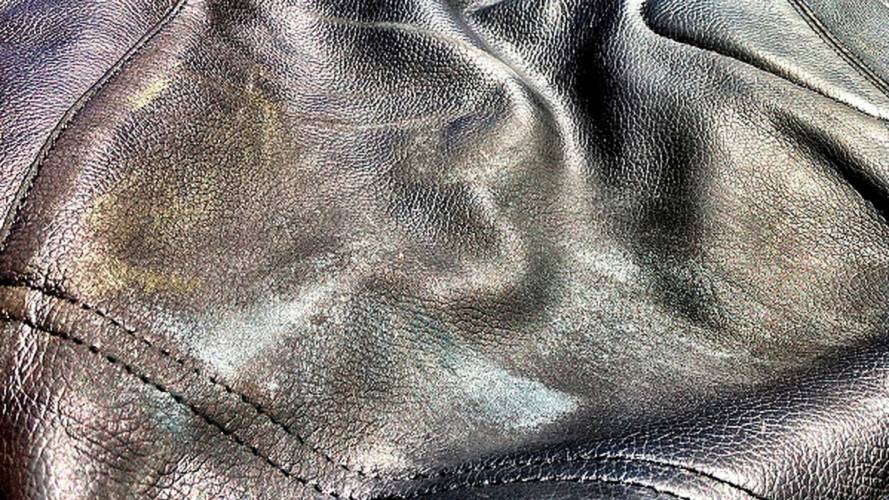 So I had a little crash on Sunday. Lowsided at about 40mph and slid down the road, chasing a tumbling bike. You know what? It was actually kind of fun. That’s because it didn’t hurt. Not a bit. That’s because I was wearing head to toe Alpinestars safety gear. I don’t want to say which bike as the we haven’t sorted out the details with the manufacturer but, suffice it to say, that a sli...

So I had a little crash on Sunday. Lowsided at about 40mph and slid down the road, chasing a tumbling bike. You know what? It was actually kind of fun. That’s because it didn’t hurt. Not a bit. That’s because I was wearing head to toe Alpinestars safety gear.

I don’t want to say which bike as the we haven’t sorted out the details with the manufacturer but, suffice it to say, that a slight ground clearance issue was to blame. Despite getting way off the side, I still manage to dig the sidestand mount into the pavement on a relatively easy, banked, 2nd gear corner in the mountains. That took the weight off the front tire, washing it out. I slid behind the bike for a good 10 yards as it tumbled, the whole time thinking, “what the hell just happened?!” No big deal, had the bike up and off the side of the road by the time my two Seans caught up.

The getup I wear anytime I’m going to be riding fast was able to brush the crash off with only a few minor scuffs. It’s all still perfectly serviceable. No busted seams, no worn stitches, no holes, no nothing. More importantly, I could barely feel the crash at all. No bruises, no sore joints, no friction burns. Luckily, I didn’t touch my AGV AX-8 Dual down, so I don’t need a new one of those. Let’s detail the gear that did such a good job.

I’ve had this suit for five years now and it’s never failed to be comfy and flexible in all weather conditions, on the road and on the track. But, this is its first crash. As you can see in the pics, I slid on my left arm and on my ass. The left arm hit first and took most of my weight, so it’s got the most damage. The double layer leather ass panel is barely even scuffed.

My left arm is my gimpy arm from that big crash a few years back, so it’d be bad news bears if I fucked it up again. Can you straighten titanium plates? Luckily the MX-1 has some seriously beefy plastic/foam armor that did a great job absorbing shock and covering the entirety of my left forearm. That arm is especially sensitive to shocks now, but seriously, I couldn’t feel a thing when I hit the road with it.

These are the second most damaged item. I think my foot was caught under the bike for a second as we slid. But, as you’d expect from Astars’ flagship racing boot, a 40mph crash was no big deal for them. There’s some scuffing, but they protected my feet from the dual impact of road, then bike falling on foot. Again, they worked so well that I felt absolutely nothing.

These boots are seriously amazing even when you’re not crashing. They’re incredibly light and flexible considering they offer so much protection. An inner bootie protects your ankle from impact, hyperflexion and hyperextension while the outer shell provides abrasion protection and is equipped with impact guards in the sole, heel, toe, shin and calf. Feel is excellent, as is grip. I can’t imagine riding a sportsbike in anything else, these have become like a favorite old pair of sneakers to me.

Looks like my hands also took some impact and sliding, which is to be instinctually expected in any get off. I say looks like, because I barely noticed I was crashing at the time, it just didn’t hurt. The plastic sliders on the palms did their job, scooting along the pavement without grabbing.

These gloves work great with leathers due to those big, plastic cuffs that rotate freely around the arm of the leathers. Those add impact protection too, something my wrist needs after it exploded in that last big crash.

If it feels like I’m waxing lyrical, it’s because I am. I’m seriously a huge fan of all this gear. This vest is the perfect example of a versatile, comfortable way to wear a ridiculous degree of protection. It combines a CE Level 2 back protector and CE chest protecters with all-over thick foam padding for the ribs, kidneys, collar bone and whatever else is underneath my manly physique. It does that in a stretchy, breathable vest that zips on securely and is slim enough even to wear under suits and jackets that haven’t been designed to accommodate back and chest armor. As the name suggests, it’s designed for track suits, but I use it while touring and just riding around on the road too. The vest is so much easier to use than the traditional velcro waist band and shoulder straps that I don’t think I’ll ever go back. It’s a perforated material, so it doesn’t add warmth.

These are designed for dirt riding, but I wear them under my leathers to add extra protection against impacts to my hips and coccyx. As another indication of Astars quality, I’ve had these for four years and they still look and wear like new. Not something you’d expect from a glorified pair of bicycle shorts. They’re very breathable, thin and light, so they work really well under my leathers.

That I’m talking so lightly about what was a fairly significant crash (more on bike damage soon) shouldn’t be taken as an indication of usual results. 40mph might not sound that fast, but I think I was probably only going around 25 to 30 when I destroyed my left arm. 40mph is enough to cripple or kill you if you’re unlucky or unprepared. The road is hard. Protect yourself.