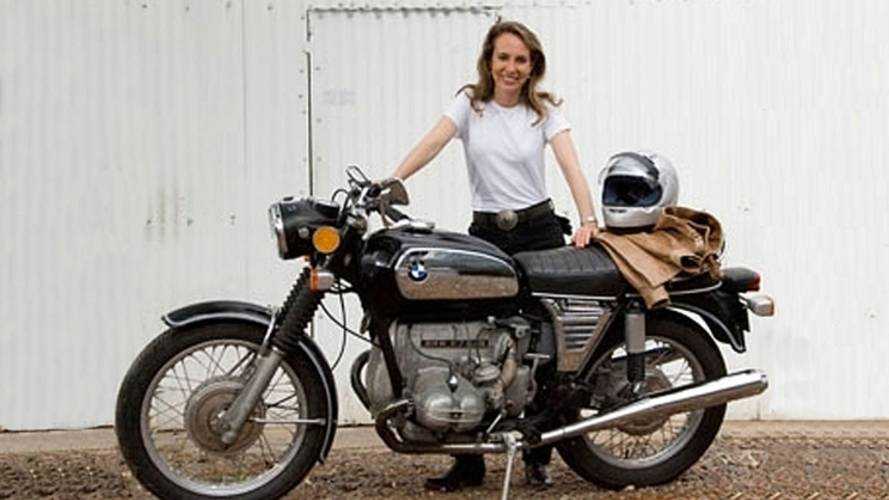 Arizona representative Gabrielle Giffords—recovering in hospital after being shot in the head during an apparent assassination attempt yesterday — isn’t just a Democratic congresswoman. She’s also a motorcyclist. Pictured above with the BMW she hopes to someday ride to Argentina, Giffords says she’s been riding and racing motorcycles for over 20 years. Two years ago, as co-chair of the Congressional Motorcycle Caucus, she had one of the most powerful pro-motorcycling arguments you’ve ever read passed by the House of Representatives.

MOTORCYCLES AND THE LAW

In 2009, Giffords made this video in support of National Ride To Work day, an event organized to promote the benefits of motorcycles as transportation.

Shortly before that video was made, Giffords sponsored House Resolution 269, supporting the goals of establishing May as Motorcycle Safety Awareness Month and officially recognizing the important contribution motorcycles make to American transportation. It’s embedded above and includes phrases like, “…motorcycles are fuel-efficient and decrease congestion while having little impact on our Nation’s transportation infrastructure.” Have you ever heard our government make that much sense before?

The American Motorcyclist’s Association lists Giffords as one of, “Our Friends in Congress.”

Giffords’ official bio states, “Gabrielle also is an avid motorcycle rider and a member of the Congressional Motorcycle Caucus. She hopes to ride her bike to Argentina one day, but for now she opts for Highway 83 between Tucson and Patagonia.” Highway 83 is listed by the US Forest Service as a scenic drive. 50 miles long, it’s half paved, half dirt, passing through an area of rolling hills and shallow canyons in the foothills of the Huachuca Mountains.

The congresswoman is also a strong advocate for renewable energy. She’s pictured here with a Vectrix VX-1 electric scooter as she welcomed participants of The Zero Race, an 80-day, zero-emissions race around the world, to Tucson. As a representative of a state with a burgeoning solar power industry, Giffords is an advocate for that technology and even found a way to combine it with motorcycles, sending the following tweet on January 5, 2010.

The latest update from The New York Times states that Giffords remains in critical condition, “but has been able to respond to simple commands.” Her doctors say they are “ cautiously optimistic.”