What 2011 meant for motorcycles 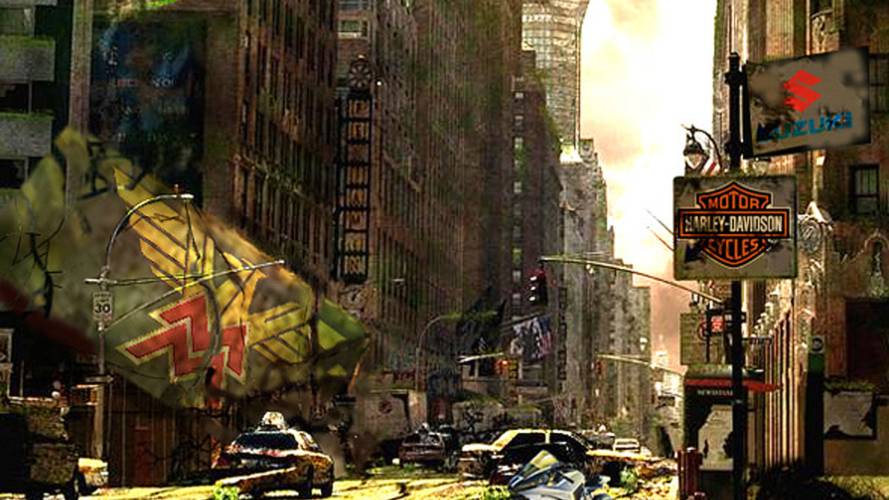 The past three years have cast a pall over manufacturing world wide. For the motorcycle industry, its hue has been particularly dark. We have witnessed the death of brands, from the historic to eager start ups, written long essays theorizing why and what next, and have slowly come to accept that the old business templates no longer apply. It has been a very long recession, with recovery only comin...

The past three years have cast a pall over manufacturing world wide. For the motorcycle industry, its hue has been particularly dark. We have witnessed the death of brands, from the historic to eager start ups, written long essays theorizing why and what next, and have slowly come to accept that the old business templates no longer apply. It has been a very long recession, with recovery only coming to players who were able to make the quickest and deepest cuts. World Grand Prix motorcycling, the paragon of our particular religion and perhaps the most obvious industry indicator, is being rationalized and some say "dumbed down" in the name of cost reduction, with several global brands opting out. We live in very sobering times indeed.

But, among the wreckage and gloom, 2011 should also be appraised as a year that saw many new beginnings. Globally, the industry saw significant growth overall thanks, in large part, to the continuing demand of small capacity motorcycles in the world's largest markets, China, India, Indonesia, Thailand and Brazil. In those countries, whose motorcycle industries go largely unreported in the West, affluent and enthusiastic bikers are beginning to experience 'capacity creep' similar to what happened to American baby boomers throughout the late 1960s and early 1970s. Whereas a 150cc motorcycle was commonly regarded as a middleweight in these regions only ten years ago, a 350cc machine now takes its place. Some of these interesting small motorcycles have started to trickle into our markets, like KTM's exciting baby Duke family, while Japanese 250cc sport models like the Honda CBR250R, Yamaha WR250R, Kawasaki Ninja 250 and the Suzuki TU250 have further entrenched themselves over here with solid sales, quietly seducing many newcomers (and some veterans, including this author). Brands that practically no one in North America had heard of before, such as Bajaj, Hero, Keeway and Kymco have begun to make themselves known, offering cheap and cheerful, accessible and quite sophisticated motorcycles to the same entry-level audience.

America : Bang for your Buck

But beyond the big picture, far closer to the hearts of most American enthusiasts than data from markets most will never visit, much less comprehend, is the heartening news from over here. The US still accounts for just over 20 percent of the world motorcycle market's revenue, even though it is barely 3 percent of the volume. Big, heavy and expensive motorcycles rule the roost on our shores and, as such, margins are high. Good news then, for European legacy brands like BMW, Ducati and Triumph, all of whom could boast substantial gains this year. Granted, those wild numbers splashed around the internet that boast of double digit market share increase and unit sales need a dose of context (20 percent of 6,000 motorcycles is still just 1,200 bikes, not much when Honda sells 18 million…). But growth is growth, and in the US market, that equals good old fashioned profit, something every motorcycle brand needs these days.

The Europeans have done more than make money this year, however, which is where they really trump the Japanese. The legacies have parleyed this new strength into brand gold by finally closing the quality versus value perception gap that had, for the past thirty years, hindered them from being taken seriously in the showrooms. With the Euro losing value against a strengthening Yen and some fantastically well designed and equally well-made motorcycles, bikes like the Triumph Daytona 675, BMW S1000RR, and Ducati Multistrada 1200, to name a few, presented more than just solid competition to the Japanese big four, they actually surpassed them. For the first time since the late 1960s, European front line motorcycles are actually best in many categories of the high end, leaving Honda, Yamaha, Suzuki and Kawasaki to mop up the low and middle ground (something they continue to do with crushing efficiency).

What this means for the western motorcycle enthusiast is more choice and more amazing, exotic and soulful motorcycling available right here, right now. From a hot little street rod like a Yamaha WR250X, to a full-dress land yacht like BMW's latest six-cylinder wunderwaffen, you can, at last, have any flavour you want and, other than the sticker, not pay a penalty in either reliability, function, stigma or value. There are still issues that the European and new comer brands must address, particularly in terms of after sales care, dealer availability in some regions and distribution, but by and large it is a buyers market such as hasn't been seen in decades. Prices are lower, technology is better and the market shrinkage has weeded out many of the previously unhealthy businesses and practices that had long been a staple before 2008.

The Shock of the New

There is, aside from the market and sales data, other news for which we should be glad. 2011 saw the birth and, in some cases, rebirth of a number of important brands. Chief among them (no pun intended) was the acquisition of Indian by Polaris Industries. This long dead horse has been beaten repeatedly for the better part of forty years but now faces the sunny prospect of not just mere financial stability, but direction by management that know what they are doing. Polaris' other brand, Victory, has similarly seen the continued slow and steady climb in both maturity of product and brand that gives the company further AAA credibility. In another classic brand rebirth, MV Agusta appears to have capitalized on the golden egg laid at its feet by Harley-Davidson and actually produced a plan and products that could actually succeed in the marketplace after decades of false starts. The F3 and its siblings offer the right balance of price and exclusivity to attract sales volumes that can keep the venerable company in the black, if it functions as advertised. Based on preliminary reports and the management now in charge, this seems more likely than ever before.

Enthusiasts of American innovation and ingenuity have a lot to be proud of, with the year producing some unlikely newborns as well. Erik Buell revealed, at long last, the motorcycle we all knew he was capable of producing. Motus presented a pair of prototypes that, technically, merit considerable praise and show that a modern, high performance American road motorcycle is possible. But, perhaps most significant, were the amazing prototypes developed on the west coast to contest in the burgeoning electric motorcycle sphere. Michael Czysz, in what now seems an almost perfunctory event, went to the Isle of Man with yet another stunning and technically ingenious racing motorcycle, winning convincingly. Mission Motors made what this author considers one of the most refined American sport motorcycles of all time, decimating not only the competition by a country mile, but essentially achieving performance parity with gasoline powered-bikes on the same circuit.

America can easily lay claim to leading the way when it comes to electrification technology in motorcycling. And, although the US market for alternative powered bikes remains insignificant compared to China and India which represent more than 95 percent of global demand, the US is home to the only serious manufacturers of highway-capable electric motorcycles that are not scooters. In this emerging market too, there is good news. Zero Motorcycles of California and Brammo Inc from Oregon presented new models and improved existing ones. Although both private companies have kept sales and production volumes secret, they have amassed millions in private sector funding, with Brammo announcing that Polaris Industries have invested heavily in their concern. Brammo founder Craig Bramscher told the Wall Street Journal in 2010 that the as-yet-unproduced Empulse had garnered around $6 million in orders, which, based on the average suggested retail price, equals about 500 bikes. For a skittish consumer market where credit and disposable income is thin, selling 500 $12,000 motorcycles sight unseen is a towering achievement. Since then, the company has raised an additional $28 million in new funding, successfully raced in the TTXGP series and presented a new line of gearbox-equipped off-road prototypes. Given the lack of drama since launching its first product, the Enertia, it is a reasonable assumption that the company can now grow apace with its ambitions.

Too many things remain unstable in the global economy to allow for anything other than a cautionary positive rating. For the motorcycle industry, the past year may not have seen an orgy of spending, but the indicators are looking up. The most important players are still the big four Japanese, Piaggio, Bajaj, Hero, Kymco and the five largest Chinese OEMs, so no upsets there. All of those companies have seen growth, but nothing extraordinary and certainly there haven't been any big losers. Even as American journalists write off Suzuki because regional sales have dried up and racing activities have been cancelled, it would be a very dangerous thing to underestimate that brand. Similarly, despite prodigious statements and high dollar marketing by the likes of Ducati and Harley-Davidson, they are nowhere near replacing any of the heavies among the top tiers for volume. They do, however, show that for the first time in decades smaller niche brands can fight effectively and profitably in relative small numbers in an unrestricted marketplace, which is the real positive note for 2011. Everyone who loves motorcycles should feel good about that.