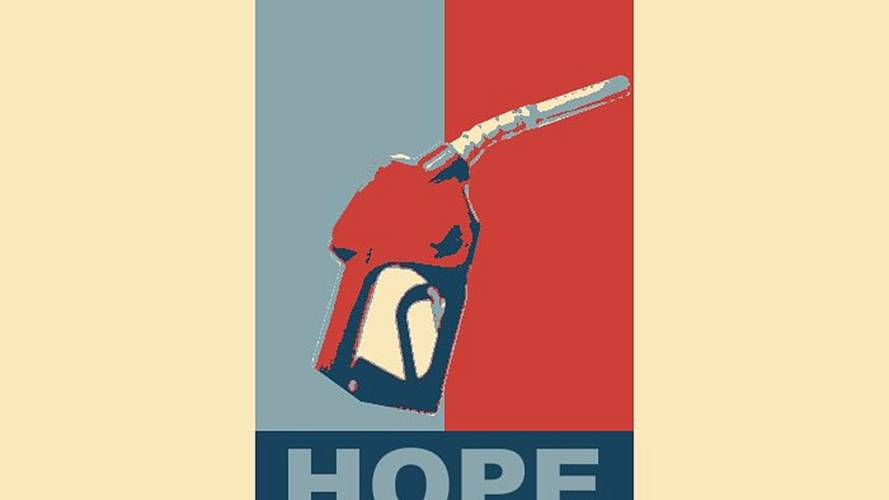 Average gas prices are expected to top $5 a gallon this summer, around a $2 increase from their current level. That price exceeds June, 2008’s record $4.12 average. Back then, pre-Financiapocalypse, that expensive gasoline caused scooter sales to spike 66 percent and temporarily propped up flagging motorcycle sales. Could even higher prices bring about a similar renaissance in sales this year, w...

Average gas prices are expected to top $5 a gallon this summer, around a $2 increase from their current level. That price exceeds June, 2008’s record $4.12 average. Back then, pre-Financiapocalypse, that expensive gasoline caused scooter sales to spike 66 percent and temporarily propped up flagging motorcycle sales. Could even higher prices bring about a similar renaissance in sales this year, when they’re most needed?

According to NPR, that price increase can be explained by a domestic demand for gas that’s returned to pre-recession levels, while demand from China and other Asian countries has exceeded 2007 and 2008 levels. Former Shell Oil president John Hoffman also blames President Obama’s ban on the expansion of off-shore drilling.

“There's a psychology of oil pricing based on fear — fear of shortage, fear of lack of supply,” Hoffman told NPR. The oil industry advocate went on to say that while alternative energy vehicles are the future, short term oil requirements are still severe. “We really have no choice — with the 250 million cars on the road today — but to put gasoline and diesel into those cars.”

Back in the summer of 2008 everyone thought the economy was rosy and the motorcycle industry was patting itself on the back for reversing a slow decline in sales that began in 2005. Shocked by full tanks that frequently topped $100, many car drivers were finally listening to reason and purchasing cheap scooters for commuting and other local journeys. Anecdotal evidence from dealers suggested that the high gas prices were giving people who’d always wanted to own a bike a justifiable reason for purchasing one.

So, with gas prices expected to peak at even higher levels this summer, is it logical to assume that scooter and motorcycle sales could benefit? Yes, but the price of gas isn’t the only variable in the market and the world is a vastly different place now than it was before the Fall of 2008.

The recession is officially over, but unemployment remains at 9.1 percent, up from 5.7 percent in June of 2008 when gas prices were last so high. As a result, consumer confidence remains relatively low. Credit is also less freely available. Put the two together, and purchasing an additional vehicle, especially a brand-new one is less appealing.

Motorcycles and scooters now face more competition from increasingly fuel efficient cars too. New models like the Chevy Volt promise all-electric operation for short journeys and an EPA average fuel economy rating of 60mpg. Established players like the Toyota Prius are also more fuel efficient. Where the 2008 Prius was EPA rated at 46mpg average, the 2010 model achieves 50mpg. Hyrbid powertrains are now commonly available in vehicles ranging from economy hatchbacks to luxury SUVs. With motorcycles widely perceived in the US as a leisure or luxury item, the availability of more efficient cars will make it harder to justify a two-wheeled purchase.  The justification people who’ve always wanted to own a bike were given in 2008 to finally make that purchase isn’t so powerful in 2011.

Having said that, the mix of motorcycles available in the US has also changed since 2008. The Ninja 250 was revised that year, bringing it up to at least 1988 levels of fit and finish and Honda just rolled out the CBR250R. Kawasaki lists the littlest Ninja as achieving 61mpg average and, while Honda bizarrely isn’t listing an official fuel economy number for the WeeBR, it should be in the same range. That’s two appealing, affordable, fuel efficient models from major manufacturers, new players like Cleveland CycleWerks are also becoming larger players in the marketplace too.

Of course, there’s also new scooters. The Yamaha TMAX is fast, comfortable and practical enough to travel cross country and it achieves 47mpg from its 500cc engine. The new Honda PCX 125 can carry two passengers, reach 60mph and returns 110mpg. Piaggio plans to import the 117.6mpg MP3 Hybrid 300 late this year. In Europe, that model’s been very successful at converting car drivers to two wheels.

The new products in the market that stand to benefit the most from high gas prices aren’t available from major manufacturers. Where current riders look at the $9,995 before-tax-breaks price of the Brammo Empulse 6.0 and imagine all the year-old 1,000cc superbikes they could buy for that money, $10k is pocket change to someone who currently commutes through LA in a 16mpg luxury SUV. Car drivers perceive the cost differently, giving electric bikes an advantage among those customers. Brammo expects to have the Empulse on the market early this summer, it’ll join less speedy no-gas bikes like the Brammo Enertia Plus, Zero S and Zero DS.

Problems arise when you factor in the virtually non-existent marketing of all the above. Where literally every man, woman and child in the entire country is intimately familiar with the Chevy Volt at this point, many remain totally unaware that practical, fast all-electric motorcycles exist at all. Large motorcycle manufacturers haven’t traditionally marketed their products on fuel economy. While Kawasaki has an MPG minisite, it receives virtually no promotion and Honda doesn’t list fuel economy numbers for bikes like the CBR250R or PCX 125 at all. We had to trawl Google to find the fuel economy numbers we listed above; not something the average consumer will be doing while lamenting the size of their fuel bill.

All that leads us to conclude that yes, there is an opportunity for motorcycle makers to start selling bikes again, but, unless they significantly alter the way they market those motorcycles, this opportunity could pass them by. We urge manufacturers not only to include fuel economy figures in their marketing, put to make pushing MPG — along with overall cost of ownership — a core part of their message, if not their main message.

America will inevitably be inundated by media reports on high fuel prices in the run up to and during this summer. Here’s hoping the message that motorcycles offer a practical, fun, affordable, fuel efficient transportation alternative can be a part of that media frenzy. More people riding motorcycles for the right reasons? That’s change we can believe in.