36 hours in Portland, on a bike 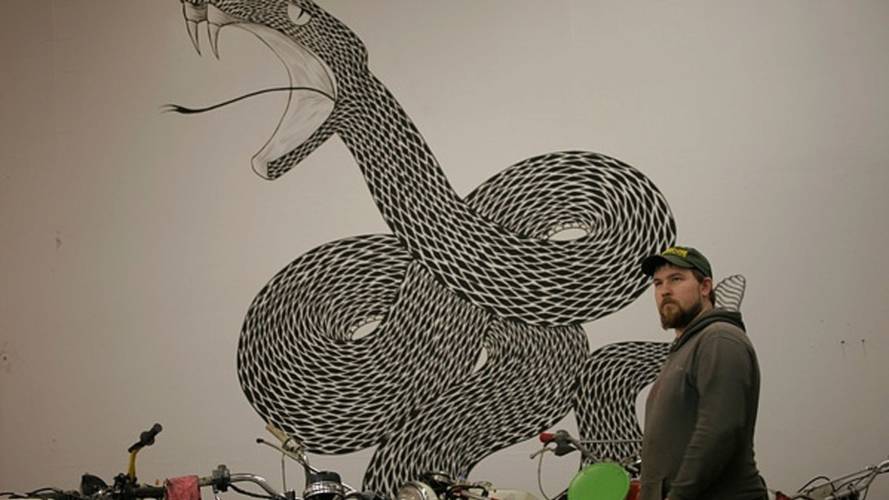 Growing up in Los Angeles, and never having lived anywhere else, I'm used to the way people in Los Angeles act. In Los Angeles people you've never met don't offer you their motorcycles, shop owners don't let you poke around their shops with a camera and, in general, people just aren't all that friendly. In Portland though, all that is reversed. After only three emails, and without even asking, Tho...

Growing up in Los Angeles, and never having lived anywhere else, I'm used to the way people in Los Angeles act. In Los Angeles people you've never met don't offer you their motorcycles, shop owners don't let you poke around their shops with a camera and, in general, people just aren't all that friendly. In Portland though, all that is reversed. After only three emails, and without even asking, Thor Drake offered me his CB550 while I was in town. Three different shop owners welcomed me into their shops, and were more than happy to let me take photos. An Aerostich-clad GS rider even offered to help me bump start the CB550.

Riding in downtown Portland is a lot different than what I'm used to. Wet roads, no mirrors or turn signals and an endless maze of one-way streets was plenty to keep me busy, but most of my attention was focused on not lane splitting. Zipping between lines of stopped cars and distancing myself from traffic is how I've been riding every day for years. Sitting in traffic and hoping the cars saw my dim taillight was more stressful than any police chase or 150mph speed wobble. I got out of downtown pretty quick and after a quick stop at the Casa Diablo strip club (a must see), the plan was to head up highway 30 into St. Helens where I was staying. I got almost a mile after leaving that fine establishment, at which point the CB called it quits. Fortunately, my friend had a truck and tie downs. After losing a few days to familial obligations, I got around to pulling the seat and tank and found fuel lines that only kind-of worked. A quick trip to the local auto-parts store and I was back riding. A quick ride around some of the local roads left me wishing for my GSX-R and a set of rain tires. The CB was fun, but I was hesitant to push my luck with worn GT-501s and a blown fork on wet, near-freezing roads. With falling temperatures and a sketchy battery in the back of my mind, I decided to call it a day and head home. The next day (after convincing myself that the battery wasn't going to catch the bike on fire) I rode south on the 30 to Sauvie Island in search of more riding. It wasn't great, but hey, I was on a cool looking bike and I was dry. The CB went back to Thor's garage and I went to dinner with my girlfriend and her mom at an awesome paleo-diet themed diner.

Located on the east side of the river, near where the 30 meets the 5, a motorcycle shop hides inside a nondescript warehouse. The workshop (which has a totally rad snake painted on the wall) is small compared to the vast indoor boneyard that provides Thor and Jared with a seemingly endless supply of parts bikes to play with. Aside from bike building, See See is behind The One Bike show. Jared let me photograph (poorly) all the trophies for the show, and I thought they were pretty awesome. The photos tell the story better than I can.

Gene Brown is a hoarder. If you get claustrophobic in small cluttered places, visiting this place is probably a bad idea. On the surface, it seems like a crazy old man with a house full of motorcycle stuff and toys. The workshop is less cluttered than the inside of the house, but there's still an impressive amount of stuff. If you look to where the walls should be, all you see are old race bikes and parts. Walking between a building and a trailer that's really more of a shed, you come to a door recessed into the wall. Undo the locks, walk down the steps and what at first looks to be more clutter is really TZ 750s, RZ 350s, strange 100cc roadracers, a Honda CR93 and, well, a whole lot of clutter. I'm not usually all that impressed by motorcycles, but the bikes in that dingy building gave me goosebumps and made the hair on the back of my neck stand up. His collection is really that impressive. The next time I'm up there, I'm going to have to figure out what I need to do to get inside there with a camera.

This shop is clean, well organized, and has a real-deal showroom full of awesome bikes. Joey (who runs the place) is super nice, and let me take pictures of all his awesome stuff. They do a lot of wok on CB160 race bikes and as soon as you walk into the back shop, it's obvious. Less obvious are all the motor swapped roadracers lining the back wall. A Hawk with an F650 motor, one with a 525, an SV650 with a thumper I didn't recognize. These guys build a lot of awesome stuff.