Why Yamaha's WR250R Is The Perfect Bike For Los Angeles 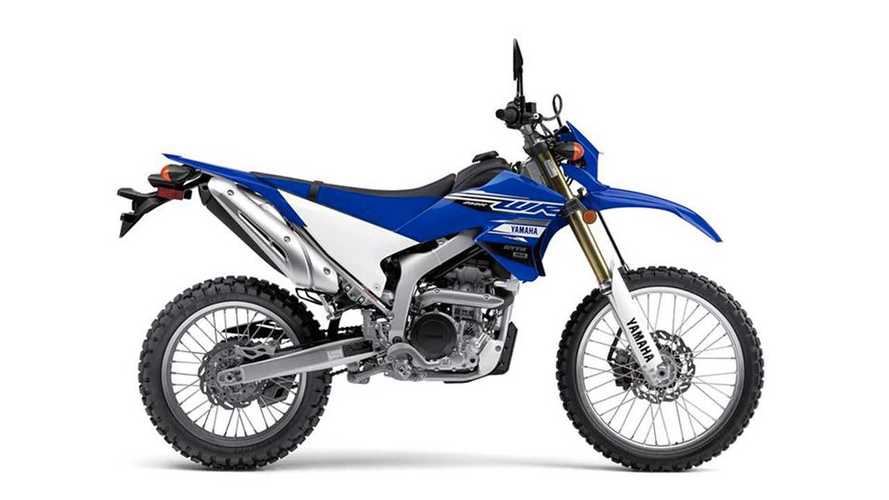 Here’s the thing about Los Angeles. Sure, you’ve got good roads in the canyons. Sure you can lane split. Sure you can haul ass on public roads while the cops wave hi. But, those aren’t what creates the city’s motorcycling Nirvana. No, what makes LA special is the access to dirt riding just minutes from the city limits. It’s the largest city in the country, but once you’re on any of the huge number of trails or in one of the designated OHV areas, it’s as if you’re a million miles from nowhere. This is why the Yamaha WR250R is the perfect motorcycle to own if you live here.

The WR is pricey because you get a lot for your money. Fuel injection, wavy brake discs front and rear, fully adjustable suspension, nice components everywhere you look. This is not a budget motorcycle.

It's also a Yamaha. Which means it's going to start on the first push of the button every single time and won't need its engine ripped apart every 40 hours.

We took two WR250R’s up to some trails off San Francisquito Canyon Road, about a 45 minutes on the highway from the house we’re staying at in Hollywood. Unlike larger single-cylinder engines, the WR’s doesn’t make your hands numb with vibration, even while cruising at 85mph. The skinny dirt bike seat looks uncomfortable, but it’s got just the right amount of support for hours of comfort. After a full day of riding, neither Grant nor I had any complaints.

It’s great on the road.

Yes, you did read correctly that we were cruising at 85mph. We didn’t try, but others report seeing top speeds of 90mph +. That from a little 28bhp, 18lb/ft four-stroke 250 single. It gets there quickly too. There’s not much bottom end, but it likes to rev. Max power arrives at 10,000rpm. Make sure you give it plenty of gas when you’re pulling away, just casually letting out the clutch with a pinch of throttle will stall it.

And it’s not just the engine that’s impressive. Handling is stable and even on the knobby tires the WR is capable of some surprising lean angles. The brakes are strong, the suspension is compliant and controlled, vision from the 36.6-inch seat and upright riding position is superb.

One day last week, we picked up the WRs at Yamaha’s HQ in Cypress, swung by Torrance, then took the 110 to the 101 back to Hollywood. All in horrible afternoon rush hour traffic. I couldn’t think of a better bike to split lanes on. The width, the height, the confidence it inspires make this a real traffic buster.

We didn’t test them back to back and didn’t measure top speeds independently. But to us, the WR250R feels like it has a higher top speed than the DR-Z and is certainly way more comfortable at highway speeds.

The greatest compliment we can pay it is that the WR worked for both Grant and I. He’s an experienced dirt rider, I kind of suck. Despite our huge variance in pace, we both enjoyed riding it. He got speed and capablity, I got predictability and accessible performance. The WR boosted my confidence even while Grant was sliding past me in corners.

Watch this video, I didn’t realize the bike was in gear.

Screw riding sportsbikes, dirt offers an environment pretty much free of the consequences a huge engine and slick tires bring. You’re not going to get a speeding ticket where there are no cops and you’re not going to die in a crash when you’re only going 30mph.

Screw riding the same road every weekend. Instead of competing for space on public roads with cars and squids, you can explore new trails out in the wild.

Screw riding big, heavy bikes. Nice and light is the way to go. It makes bikes easier to ride and therefore more fun. It makes picking them up after you drop them way easier, but it's less likely you'll drop them in the first place. It means you can go more and more difficult places.