Bred obsolescence: why 2011 won’t be a bumper year for bikes 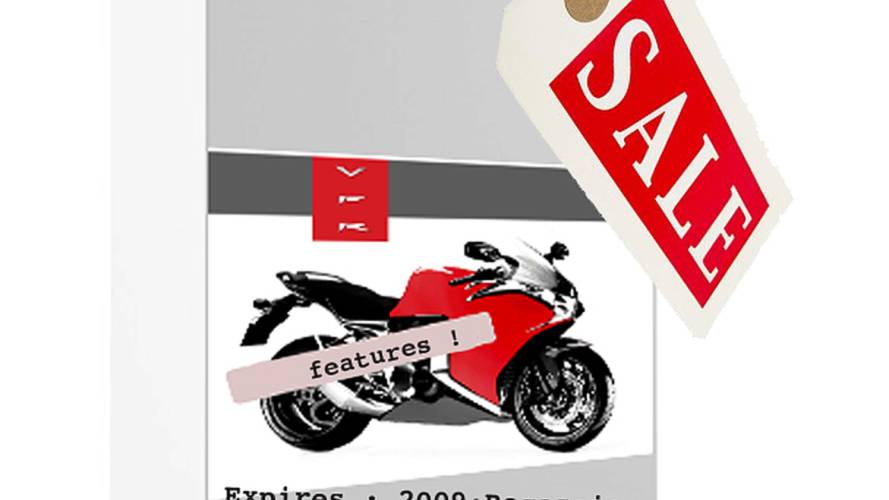 The Great Recession has hit the motorcycle industry hard, evaporating disposable income and cheap credit. In many Western markets, where motorcycles are seen as luxuries and toys, sales virtually disappeared, unsold stock piled up and dealers deeply discounted sales in efforts to stem the disaster. Predictably, new model launches were significantly reduced, postponed or canceled. Now with the worl...

The Great Recession has hit the motorcycle industry hard, evaporating disposable income and cheap credit. In many Western markets, where motorcycles are seen as luxuries and toys, sales virtually disappeared, unsold stock piled up and dealers deeply discounted sales in efforts to stem the disaster. Predictably, new model launches were significantly reduced, postponed or canceled. Now with the world economy reforming, and different consumers demanding new models, OEMs struggle to re-caste themselves and the old motorcycle business model. Let’s examine the effects that two years of new model stagnation has had on the industry.

As with agriculture, in industrial development you reap what you sow. The average new motorcycle program for a major OEM takes 36 months for a clean sheet design.  This means that for the 2011 model year, any new models we will see this autumn will have to have been started in late 2007, 2009 at the earliest for derivative models.  Given what we know about the state of investment during that period and the lack of teasers, leaks or hints coming from major OEM press releases as of late summer, it is safe to assume that this will be a poor year for new motorcycles.

Of course, this pattern has not been the case for the smaller legacy brands, most notably BMW and Ducati. Both have surprised and delighted the premium buying public in recent years with significant new model launches such as the class-leading BMW S1000RR superbike and Ducati’s reinvention of the all-road Multistrada. Both showcase world-first technological innovations like traction control and active suspension, as well as a feature not normally connected with European Legacy brands : attractive pricing.  The response from both press and public to these and other European novelties has been overwhelmingly positive, highlighting the vacuum left when the Japanese stopped punching out new products at their usual fast pace. It has also served to shift public expectations and momentum towards these medium-sized companies for the first time since the 1970s. Globally, as reported in Q1, Japanese brands still dominate sales, but if the consumer base in the US and western Europe is focused by a so-called “hard core” of enthusiasts, then the Japanese brands have lost their position of perceived authority. Only new and genuinely exciting motorcycles will tip the market’s favor back towards them, but those new products are not likely to be seen anytime soon.

Two significant new products launched by leading manufacturers in the past 12 months have presented a window into the last of the good times R&D. In 2009, Honda finally presented the long awaited and long hyped seventh-generation VFR, promising to deliver a technological tour-de-force in the Honda tradition. Now up-rated to 1200cc, and with a novel dual clutch electronically-controlled transmission, it was meant to crush the opposition with its ease of use, comfort and radical new styling direction. Similarly, Yamaha unveiled the Super Tenere, a new take on their classic Tenere sub-brand that invented the modern all-road adventure motorcycle genre in the early 1980s.  Like the Honda, Yamaha filled the spec sheet with impressive numbers, performance and hype that purported to boast of its impressive capabilities and ground-up new design.

Both of these products are the result of many years of R&D and planning, but it is immediately clear that they also represent an obsolete industrial model. An over-dependency on focus groups, past market performance and a myopic view of specification that exaggerates the importance of features has bloated these and many other Japanese flagship models into overweight, overpriced and over-designed white elephants. Both these examples and other recent models have met with wide criticism, notably concerning disappointing performance, the traditional Japanese strong point.

Of course, currency fluctuations and the suddenly high Dollar-to-Yen exchange rate inflated prices for Japanese-manufactured motorcycles, but this is a only part of the problem. The majors in the proceeding good years failed to capture a brand status that could absorb premium pricing in the upper market sectors. With unique motorcycles and competitive prices from European legacies, sales in that lucrative area have bled away.

Regardless, the legacies were not immune to the same follow-the-leader product planning. The never-ending trailers for Triumph’s new adventure bike, the Tiger 800, and the similar online saga involving the Ducati Diavel, show that products designed for the same old, Baby-Boomer-dominated era are all we can expect from them in the coming season. Whether the new, emaciated market can absorb these high-end luxury motorcycles is doubtful.

As we head into the fall international trade show season, first with CIMA Motor (China International Motorcycle Trade Exhibition) in October, then Intermot and finally EICMA, the entire industry is bracing itself for another year of collective disappointment. Already editors of magazines in the US, Canada, Italy and the UK, have made it clear that expectations are low. The new austerity seen in everything from political policy making to individual spending, has all but eliminated new product launches. Trickle-in press releases, grass-roots social media campaigns and blogged video “leaks” are the new direct route to the public. They are effective, but don’t yield the same “wow” or immediately measurable response OEMs have depended on for years.

Clearly, examples like the VFR and Tenere show that the key drivers of new motorcycle model success are no longer add-on specification.  But neither is today’s motorcycle market concerned only with pricing. Each new purchase by a much smaller pool of consumers demands more consideration, so any successful model must embody not only rational advantages such as cost of ownership and usefulness, but seduce as well.  Simply offering a technologically solid product at an attractive price is not enough in the post-recession Western world, nor is the old standby of flaunting over-hyped “brand” values at inflated prices, as in the case of the legacy business models.  A newer, younger and less gullible market is ready to be harvested, by any manufacturer ready to cater designs to them.  Sadly, it looks like we won’t be seeing any in 2011.

Michael Uhlarik is an international award-winning motorcycle design professional.  He has worked for Yamaha, Piaggio, Aprilia, Derbi, and a number of Asian and smaller European OEMs delivering industrial design, product planning and brand development services for over a decade. He counts the Yamaha MT-03 and 2003 Yamaha M1 as his favorite work yet-realized. Michael launched Amarok Consultants this year to respond to the demand for dedicated motorcycle industry consulting in North America.