Why can't you buy an MV Agusta F3 yet? 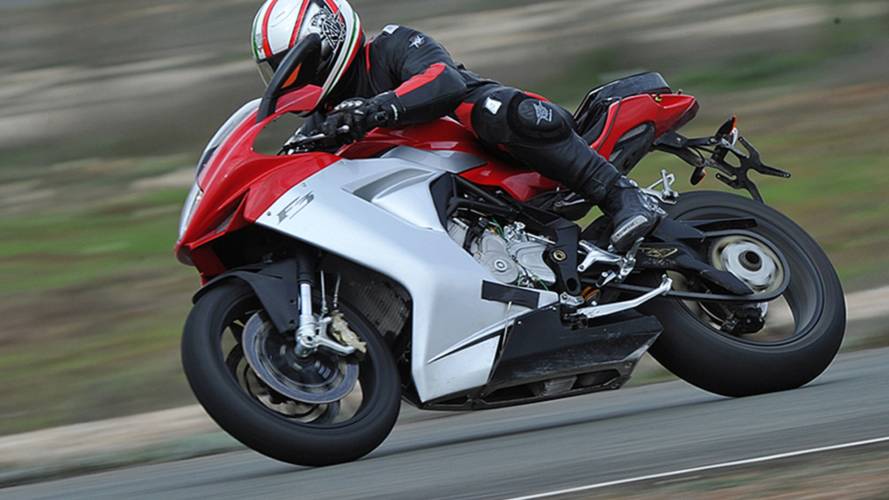 MV Agusta’s been strangely quiet since unveiling the too-beautiful-for-words F3 last November. What gives? Well, they’ve been hard at work making sure their product is going to live up to their promises. Equipped with technology like a ride-by-wire throttle and counter-rotating crankshaft as well as an all-new 675cc, three-cylinder engine, the MV Agusta F3 breaks new ground for the tiny Italian company. Word today is the engine’s already surpassing 133bhp on a test bench while revving to over 15,000rpm and that production is expected to begin in September with the first bikes reaching customers late this year.

This announcement actually repeats what Giovanni Castiglioni told us last October. His own goal is 140bhp from the motor. While Giovanni stated the F3 will be “the smallest supersport ever produced” and also revealed the Italian price — €11,500 — no US pricing or even an availability date has yet been set.

While the F3 was shown in final visual form last year, it was clear at the time that it was by no means ready for production. Why show it so far ahead of time at the risk of jeopardizing demand for the MV Agusta F4 or at least creating demand for a product not yet available? It’s likely that the Castiglionis, who had just been paid €20 million by Harley to take back the company they’d sold to The Motor Company two years previously for $108 million, were eager to demonstrate MV’s direction while fostering confidence in the brand.

MV provides a tantalizing glimpse at the performance and handling characteristics they’re chasing with this on-going development program:

"The counter-rotating crankshaft, a defining feature that separates the F3 from the competition, guarantees superior handling that cannot be matched by motorcycles with a conventional engine architecture. The counter-rotating crankshaft not only offers an advantage during fast direction changes, there is also a massive benefit with regards to weight transfer during acceleration offering an increase in rear wheel traction."

"The F3 offers the most advanced electronics and engine control system incorporating a Full Ride By Wire throttle body that together helps optimize the engine power and torque characteristics based on the needs and desires of the rider. The perfect harmony of electronics and vehicle chassis dynamics ensures that the F3 is agile and extremely easy to change rapidly the direction as well as giving the maximum amount of feedback to the rider when at maximum lean angles."