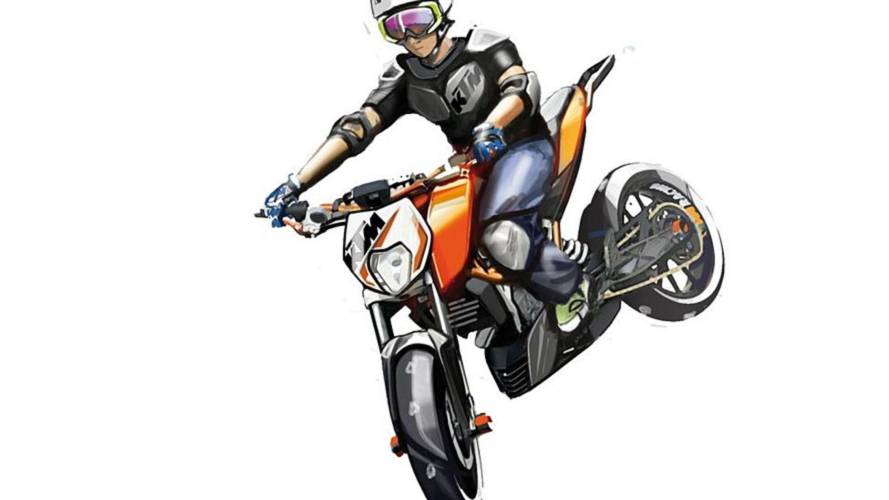 “The goal will be churning out more than 60,000 bikes a year,” Ducati boss Claudio Domenicali said in an interview with MotoSprint yesterday. “To do this we need to increase our sales in Brazil and India, therefore we will build two factories, one in Brazil and one in Thailand.” Sound familiar? It should. KTM is doing something similar with the 125 Duke and other future models and that’...

“The goal will be churning out more than 60,000 bikes a year,” Ducati boss Claudio Domenicali said in an interview with MotoSprint yesterday. “To do this we need to increase our sales in Brazil and India, therefore we will build two factories, one in Brazil and one in Thailand.”

Sound familiar? It should. KTM is doing something similar with the 125 Duke and other future models and that’s exactly what Honda’s doing with the CBR250R too. You’re witnessing the future of motorcycle production — smaller capacities, products targeted at developing markets and manufacturing in countries with cheap labor.

Look at the KTM 125 Duke and you don’t see a the budget lash up the €3,500 price suggests. Instead it looks like a high-spec, full-size, exotic streetfighter. Components like the Brembo radial brake caliper, USD forks, steel-trellis frame, and the swingarm with its exposed webbing look just like the same parts on the KTM 690 Duke. The little Duke is meant to launch KTM into the youth street market while making strong overtures about the benefits of continuing with the brand to its teenage riders.

KTM’s able to do that because it leveraged its partnership with Bajaj to manufacture the 125 Duke in India with Indian-sourced components. That Brembo caliper? It’s made by an Indian subsidiary of the Italian brake giant called BYBRE. KTM’s trick is ensuring that the Duke meets Western standards of quality, design and performance at an Asian price.

The Honda CBR250R pulls off a similar trick. Look at it in person next to the visually similar VFR1200 and it’s the smaller bike that looks better. Less bulbous proportions pull off that trick, but it’s remarkable that none of the components on the $3,999 CBR250R fail to meet expectations next to the $15,999 VFR.

Again, that’s because Honda decided to manufacture the bike away from its traditional first world facilities. It’s a brand new motorcycle, yet it’s priced the same as the Kawasaki Ninja 250, which has been in production (in Japan) largely unaltered for 25 years. Kawasaki no longer needs to pay off the tooling or R&D costs on the littlest Ninja, yet it can’t sell it cheaper than the Thai-made CBR.

Honda is also going after the youth European market with the CBR250R, where the similarly Thai CBR125R has been a top seller since its release in 2004, but it also plans to sell the bike worldwide in markets as diverse as the US and its native Thailand. The same bike that’s considered a budget beginner machine here is thought of as a large, fast, fancy motorcycle in the country where it’s made.

That the same motorcycle, a motorcycle of a capacity and spec widely considered inferior in the west, can achieve significant sales not just in the US, not just in Asia, not just in South America, not just to European teenagers, but worldwide, is what makes all this so important.

That gargantuan Japanese manufacturers like Honda sell tons of small-capacity motorcycles overseas is nothing new. In 2010, Honda sold 18 million motorcycles worldwide while the entirety of the American motorcycle market accounted for just 439,000 total sales for all manufacturers last year. What’s new is niche manufacturers of premium products who formerly relied on selling expensive motorcycles in North America and Europe for all their sales are now starting to look elsewhere.

Ducati embodies that shift. No other maker, with the exception of Harley-Davidson, has better perfected the art of selling $15,000 motorcycles no one needs to Americans buying them on credit. Sure, they continue to make the big, fancy bikes, but if Claudio’s growth predictions are going to come true, bikes like the Diavel and Multistrada 1200 are increasingly going to represent a drop in a bucket full of smaller motorcycles. Compare the 8,000 Diavels and 8,000 Multistradas Ducati plans to make per-year to 60,000 overall sales and you can see the disconnect.

What’s this mean for you, the consumer? Well, we’ve probably seen the end of top-end performance bikes dominating product portfolios and burning up R&D budgets with major updates or even all-new models every two years. We’ve been spoiled for the last couple of decades with a plethora of unprecedentedly fast, technologically advanced motorcycles. With an average product development cycle taking 36 months from inception to retail, the bikes we’re getting now, the S1000RR, the ZX-10R, the RSV4, Ducati’s new superbike that’s coming this fall were all intended for 2007’s booming market. They also likely represent a golden age for the performance bike, the likes of which we won’t see again, at least in terms of choice. We’re not saying bikes like the RSV4 are going to go away, we’re saying don’t expect an RSV5 in 2012.

But instead of tons of brand new superbikes, we’re going to get more affordable, small to mid-capacity bikes of the kind in the examples used above. The kind of bikes that can be just as appealing to young riders in America as they are to mature riders in Thailand.

Look to KTM, Honda and, soon, Ducati for an example of how well this can work. Just like Cleveland CycleWerks is doing on a smaller scale, the large manufacturers are learning to control the quality at sources of cheap manufacturing and the savings are passed along to you, the end customer.

That also marks a fundamental shift at a manufacturer level away from focusing on sales to the Boomer generation and towards people in their teens and twenties.

“In my opinion, this the biggest single challenge for today's motorcycle manufacturers,” KTM’s Stefan Pierer told Alan Cathcart. “How can we direct our future products towards a younger customer? Because our average customer at KTM gets around seven months older each year, Harley's is already on the way to the retirement home, and BMW's average customer was getting on for 60.”

If the increasing number of appealing, affordable small- to mid-capacity bikes can continue to increase at a time when western economies continue to operate in austerity and fuel prices continue to increase, we could see the genesis of a entirely new motorcycle culture. One rooted in mean transportation and social club membership instead of masculine image and status statement.

The big news in 2011 isn’t bikes like the ZX-10R or Diavel, it’s the rise of the small, appealing, affordable motorcycle.